The Biden administration has issued four rounds of student loan forgiveness, forging ahead with campaign promises that have already erased $10 billion in debt, with more plans on the horizon. Young Black adults take on 85% more education debt than their white counterparts, and that disparity compounds by 7% each year after the borrowers leave school, according to a recent study in the Sociology of Race and Ethnicity journal. Wealth inequality continues to be a lingering debt disparity among Black college students, so getting rid of these loans could finally move the needle on closing the racial wealth gap.

The Breakdown You Need to Know:

Student loans have long been known as nearly life-long payment traps severely impacting students of color, CultureBanx reported. Therefore, the Biden administration getting more aggressive on the forgiveness front than its predecessors, is a welcomed opportunity to put a dent in the racial wealth gap. While $10 billion is a large headline number, this number represents approximately 0.58% of the $1.7 trillion of student loan debt outstanding.

Back in March Biden got rid of 72,000 loans that amounted to $1 billion. Since then he’s gone on to cancel $1.3 billion in loans for 41,000 borrowers with total and permanent disability, amounting to $2.3 billion in loans overall. Just this past month in June, Biden has gotten rid of $500 million more in student loans, again under the borrower defense to student loan repayment rule, with the current total of loans cancelled amounting to $2.8 billion.

Biden’s plan to cancel student loans is part of a broader strategy to make higher education more affordable and less financially burdensome. For those who attended public colleges or historically Black colleges and universities (HBCUs) earning less than $125,000 a year cancelling student loan debt is a huge win, as it’s no secret the cost of college is climbing faster than American wages and the inflation rate, 8x faster, to be exact.

Students of color typically rack up hundreds of thousands of dollars in student loan debt, meaning they are unable to focus on other financial goals like buying a home, paying off credit card debt, and saving for retirement.  Eliminating this would narrow the racial wealth gap for young families, with 86.6% of Black students taking out federal loans to attend four-year colleges, compared to just 59.9% of white students.

The amount of loans that are 90 or more days delinquent has not changed much since 2012, proving that the financial burden is still high, just like the unemployment rate, now at 9.6% for African Americans. Specifically, HBCU students are more likely to default over a 12-year period, than African Americans attending other four-year colleges and universities, according to the Wall Street Journal. Student loan borrowers are set to resume payments in January 2022. 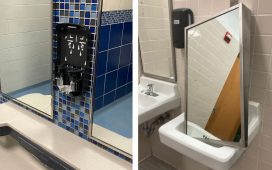