With help from John Hendel and Sam Mintz

— Cozy, if only for a moment: The Biden administration is in talks with Amazon and other tech giants to figure out how the companies can best support the chaotic rollout of Covid vaccines.

— From local ballot measure to federal bill: A niche Massachusetts proposal that passed in November — the “right to repair” statute tackling data access and competition concerns in the auto industry — is gaining national momentum.

BIDEN IN TALKS WITH TECH INDUSTRY FOR HELP WITH VACCINES — After several tech giants pitched their services and resources to support Biden’s (messy, behind-schedule) vaccine rollout, the new White House is actually starting to take the companies up on their offers, my colleagues Nancy Scola and Mohana Ravindranath report.

As we’ve covered in MT, Amazon has offered operational and IT support; Airbnb has said rentals on the platform can be transformed into distribution sites; and Google has said it could do the same with some of its own spaces, while also providing advertising and logistical tools to those involved in the mass immunization effort. But for the Biden administration, accepting help from the tech world means softening its tough stance on Silicon Valley — at least for now.

— The White House is taking the idea seriously: A White House spokesperson confirmed to Nancy and Mohana that it’s in talks with Amazon and other tech firms to figure out how they can help.

“That’s a strikingly different tone than Biden took toward the tech industry during his campaign and through the early days of his administration,” they write in a new dispatch. “But with his presidency arguably riding on the success of the vaccine rollout, Biden may not be able to afford to dismiss the tech industry’s help out of hand. … It also provides companies an opportunity to boost their political reputations, and relations with the White House, after being bruised and battered during the Trump era.”

— But don’t confuse Biden’s apparent easing-up on tech with the current tone in Congress: House lawmakers have plans to haul several Silicon Valley CEOs before a tech panel for a hearing that could be just weeks away, as Cristiano scooped late Friday. The session before House Energy and Commerce, which could happen as early as March, could include the CEOs of Facebook, Twitter and YouTube (or top brass from the companies), per Cristiano, though the focus of the hearing remains to be seen.

TODAY: E&C GOP REVEALS STRATEGY TO BOOST CONNECTIVITY — House Energy and Commerce Republicans are teeing up a long list of legislative measures this Congress aimed at reducing barriers to broadband deployment, according to a new telecom package out this morning. Their “Boosting Broadband Connectivity Agenda,” focused on closing the digital divide across rural and urban America, is comprised of 28 bills — and every Republican on the panel is leading at least one of them.

— E&C Republicans dropped the agenda a day before a subcommittee hearing on “broadband solutions to pandemic problems.” E&C Democrats announced over the weekend that witnesses at that session Wednesday will include leaders of Free Press Action, Communications Workers of America, the Wireless Infrastructure Association and Topeka Public Schools.

FIRST IN MT: GPS COALITION ASKS WHITE HOUSE TO FIX 5G CHAOS — The GPS Innovation Alliance is asking the White House National Economic Council today to look at ways to fix the interagency chaos over 5G airwaves that plagued the Trump era. Such fights still haunt the incoming Biden administration and came up repeatedly during the confirmation hearing for Commerce secretary nominee Gina Raimondo. Biden’s FCC and executive branch will have to consider whether there are better ways to resolve such turf wars.

— Remember these guys? The coalition, which counts Garmin and John Deere among members, was ensnared in the dispute between Trump executive branch agencies and the FCC over whether the commission’s Ligado approval decision last year would scramble GPS. (The FCC says: of course it wouldn’t.)

But in a letter sent today to NEC Director Brian Deese, the group argues that these squabbles “are not unique to GPS” and “reflect a continued pattern by which shared decision-making is replaced by the FCC acting with exclusive authority as the final arbiter.”

— Among its recommendations: Update a memorandum of understanding between the FCC and Commerce Department to help ease decision-making; install a detailee from federal agencies managing GPS in the FCC’s engineering office; and have each FCC commissioner add a technical adviser to their staff.

— Their warning: Expanding E-Rate to support online learning would cause “a spike in demand” that would strain the fund, the Republicans told acting FCC Chair Jessica Rosenworcel. They also brought up concerns about the sustainability of its funding source; the money in that pot of subsidies comes from charges phone companies place on consumers’ bills.

— Congress to the rescue? After hours of debate, the House Energy and Commerce Committee finally approved a provision late Friday that would give the FCC $7.6 billion to help support these virtual learning needs, as part of the pandemic relief measures that Democrats are angling to move by reconciliation. Republicans complained about the provision during the session, seeking (unsuccessfully) to advance what they called longer-term connectivity fixes and floating amendments addressing everything from municipal broadband to net neutrality.

TODAY: LOCAL ‘RIGHT TO REPAIR’ PUSH GOES NATIONAL — Backers of the successful “Right to Repair” ballot question in Massachusetts — which requires car manufacturers to open up access to vehicle data to be used for repairs — are looking to go national in anticipation of federal action on the issue. LKQ, an alternative and specialty parts provider, and allies in a group called the Car Coalition (which includes Autozone and the Automotive Body Parts Association) are launching a five-figure digital ad push today, expecting that a new, federal right to repair bill will be introduced soon.

— “We are fighting for simple changes in laws and regulations to counter the latest schemes of car manufacturers, preserve competition and lower your repair bill,” the groups say in a video that’s part of the campaign.

LISTEN UP: ‘THE FUTURE THIS WEEK’ BY POLITICO’S NANCY SCOLA — Want an easy way to catch up on tech news via your smart speaker? Join Nancy as she gives you three- to five-minute recaps of this week’s tech news, plus fresh insights. This week: why the emerging politics of the Clubhouse app are catching the eye of both Beijing and the Biden White House. 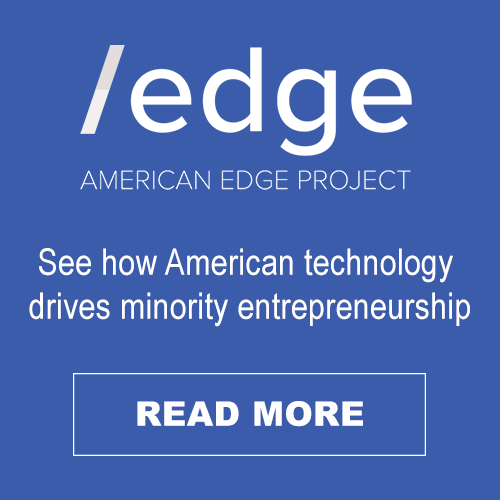 Here are the leaders of the House Science, Space and Technology Committee in the 117th Congress. … Sen. Chris Coons (D-Del.) was named chair of the Senate Judiciary subcommittee on privacy and technology. … The Senate Appropriations financial services subcommittee, which oversees funding for the FCC and FTC, named Sen. Chris Van Hollen (D-Md.) as chair and Sen. Cindy Hyde-Smith (R-Miss.) as ranking member, per POLITICO. … Democrat Rohit Chopra’s nomination to lead the Consumer Protection Financial Bureau was, as of Saturday, formally sent over to the Senate.

Former FCC attorney Alex Espinoza, who served most recently as legal advisor to the agency’s Chief of the Office of Economics and Analytics, has joined Womble Bond Dickinson’s communications, tech and media team in Washington.

Google on Friday launched Grow with Google: Black Women Lead, a partnership with Dress for Success, The Links and four national sororities that will aim “to train 100,000 Black women in digital skills by 2022.” … Rakuten and Ligado signed an MoU “to enter into commercial trials for 5G mobile private networks.”

Aaaaand we’re back: Parler is back online, NYT reports.

Social media hasn’t stopped anti-vaxxers, so doctors are fighting back: Doctors and nurses are being forced to take the fight against online anti-vaccination content into their own hands, my colleague Mohana reports, even in the face of “sophisticated attacks by anti-vaccination activists” that range from cyberthreats to reputational smear campaigns.

Leave it to the states (again): Maryland on Friday approved “the nation’s first tax on the revenue from digital advertisements sold by companies like Facebook, Google and Amazon,” NYT reports. “The tax will generate as much as an estimated $250 million in the first year after enactment.”

Reddit CEO in the hot seat: Reddit’s Steve Huffman will testify at a House Financial Services hearing this Thursday alongside the CEOs of Robinhood and Citadel, POLITICO reports.

Jumping on the remote-forever bandwagon: Spotify announced Friday that moving forward, employees can decide whether they want to work virtually or in-person, how often they come into the office and where they’re based.

Why though: “Trump appointees still setting agenda at Biden’s antitrust division,” via The Revolving Door Project.

Small business owners – particularly those working to preserve and power prosperity in communities hit hardest by the COVID crisis across America – are turning to domestic digital tools to lift them out of the daunting depths of this difficult time. Policymakers should not only recognize the tremendous benefit that American tech innovation offers our economy at large, but also the Black entrepreneurs who help make it run; who help make it the envy of the world.