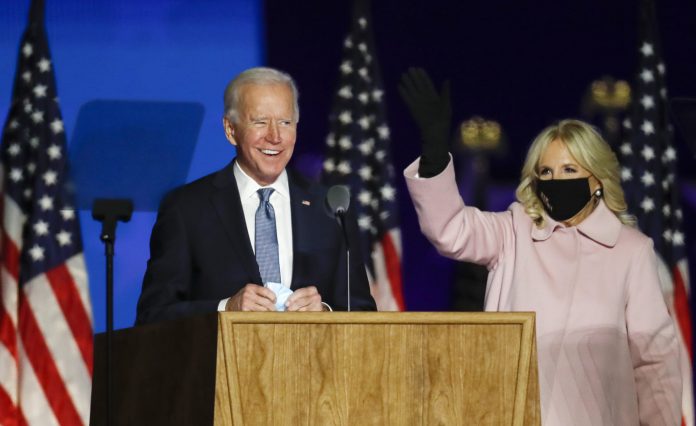 “I’m optimistic about this outcome,” a smiling Biden said in Wilmington, Delaware. “We’re confident about Arizona” and Minnesota.

“We’re still in the game in Georgia, although that’s not one we expected … and we’re feeling real good about Wisconsin and Michigan.”

Millions of legitimate absentee and mail-in ballots have not been counted, especially in the key states of Pennsylvania, Michigan and Wisconsin, three states that count in-person votes first, then absentee votes.

“We knew because of the unprecedented mail-in vote and the early vote that it was going to take a while,” said Biden, “and we have to be patient, and it’s not over until every vote is counted.”

As of 12:45 a.m. ET Wednesday, NBC News projected that Biden had clinched 205 electoral votes, while President Donald Trump had won 171.

The evening was a roller-coaster ride for Republicans and Democrats, as Trump secured victories in must-win states but failed to carve out a wider path for himself to 270 electoral votes.

With projected victories in the battleground states of Florida, Ohio and North Carolina, Trump has defied predictions of a Biden landslide. But full results have yet to be tallied in other key states, including Georgia, Arizona, Nevada, Michigan, Wisconsin and Pennsylvania.

Trump has spent months laying the legal and political groundwork to challenge the results in half a dozen states that continue to count absentee ballots past Election Day.

While Biden was speaking, Trump falsely accused Democrats of trying to “steal the election.”

“We are up BIG, but they are trying to STEAL the Election. We will never let them do it. Votes cannot be cast after the Polls are closed!” he tweeted.

Shortly before 2:30 a.m. ET, Trump addressed supporters in the East Room of the White House, falsely claiming he had won, even though millions of legitimate votes that have yet to be counted.

Police will not investigate disappearance of Utah mystery monolith 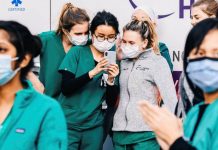 New York hospitals told to get ready for coronavirus surge 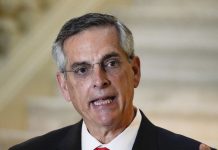 Boris Johnson will get a deal: but it will be a betrayal of the Brexiters | Polly Toynbee 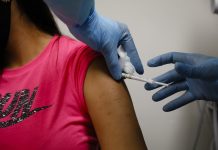 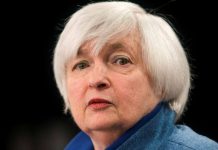 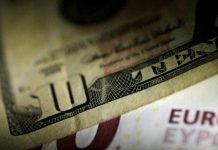 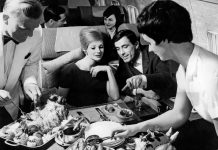 Photos reveal how much flying has changed since its 'Golden Age'