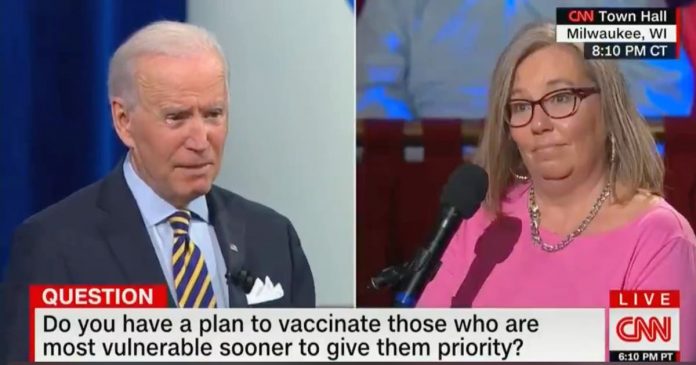 The president was moved by Kerri Engebrecht when she told him her 19-year-old son, who has pediatric COPD and breathing difficulty, did not yet qualify for jabs.

His mother explained that he had even removed himself form university to protect his health until he could get vaccinated.

And she asked the president if he had a plan to get vulnerable people the shot sooner than others.

“The states make the decisions about who gets it in what order. I can make recommendations and for federal programmes I can do that a president of the United States,” said Mr Biden.

“I can’t tell the state to move such and such a group up.”

Mr Biden then made his offer to help, which got a round applause from the audience.

“Here is what I’d like to do, if you are willing, I will stay around after this is over and we can talk for a few minutes and see if I can get you some help.”