Donald Trump has accused the Biden administration of doing “a terrible disservice to people throughout the world” by allowing a pause in the distribution of the Johnson & Johnson Covid-19 vaccine, describing it as “done for politics or perhaps it’s the FDA’s love for Pfizer”.

The former president said in a statement that the reputation of the vaccine will now be “permanently challenged” following a pause in the distribution of the jab while regulators investigate rare cases of blood clots in six women who received the single-dose shot.

Joe Biden said on Tuesday that even with a temporary loss of the vaccine, there was a huge supply of Pfizer and Moderna vaccines, enough that “is basically 100 per cent unquestionable, for every single, solitary American”.

It comes as US climate envoy John Kerry is heading to China for talks between the world’s two biggest carbon emitters ahead of an environmental summit of world leaders.

Separately on Wednesday, Mr Biden is expected to formally announce the withdrawal of US troops from Afghanistan by 11 September – ending nearly two decades of war that killed more than 2,200 US troops, wounded 20,000, and cost as much as $1 trillion (£720bn). Estimates suggest more than 100,000 Afghans lost their lives in the conflict.

The Kremlin has dismissed as premature talk of a possible meeting between Russian President Vladimir Putin and Joe Biden, who has proposed the two leaders meet.

Mr Biden proposed a summit involving the two leaders in a phone call on Tuesday. The Kremlin said it would study his proposal.

Meanwhile, the Kremlin said it would act decisively if the US undertook any new “unfriendly steps” such as imposing sanctions, according to the RIA news agency, citing a foreign ministry source.

It said the comments were made by Mr Putin’s foreign policy adviser, Yuri Ushakov, who invited the US ambassador in Moscow to talks.

“Our Nation must root out systemic racism everywhere it exists, including by addressing unequal social determinants of health that often contribute to racial disparities,” he said.

“I call upon all Americans to raise awareness of the state of black maternal health in the United States by understanding the consequences of systemic discrimination, recognising the scope of this problem and the need for urgent solutions, amplifying the voices and experiences of black women, families, and communities, and committing to building a world in which black women do not have to fear for their safety, their wellbeing, their dignity, and their lives before, during, and after pregnancy.”

‘We have big disagreements with China but climate stands alone,’ says Kerry ahead of China trip

More on John Kerry, who has been dispatched to China in an attempt to bring the country on-side ahead of a US-led climate summit.

The US and China are the world’s two biggest emitters of carbon dioxide, though the latter nation contributes more fumes from burning petroleum and coal, making its cooperation essential to any success of global climate accords.

Mr Kerry told CNN: “We have big disagreements with China on some key issues, absolutely. But climate has to stand alone.”

A House committee will vote on Wednesday on legislation to create a commission to study the issue of whether to pay reparations to the descendants of enslaved people.

The bill, which was first proposed in 1989, would lead to the creation of a 13-person commission to examine the impact of slavery and racial discrimination in the US, and submit findings to Congress on the best ways to compensate black Americans.

“I think that there is a sentiment not of blaming our fellow Americans, but our fellow Americans being sympathetic and empathetic that reparations, restoration, repair will help all of us and that the present-day incidents that are occurring evidences that something needs to be done,” Sheila Jackson Lee, a Democratic representative from Texas, was quoted by The Washington Post as saying.

“No such bill has ever come this far during Congressional history of the United States.”

The White House has distanced itself from calls of “Squad” member Rashida Tlaib for “no more” policing and incarceration following the shooting of Daunte Wright.

The Democratic congresswoman from Michigan said the shooting by Minneapolis officer Kim Potter “wasn’t an accident” and that policing in the United States was “inherently and intentionally racist”.

“Daunte Wright was met with aggression & violence. I am done with those who condone government funded murder,” she said in a tweet.

“No more policing, incarceration, and militarization. It can’t be reformed.”

Joe Biden will accompany her and the couple will then return to the White House and “resume their normal schedule”.

The White House did not immediately detail the nature of the first lady’s procedure.

What will Biden’s climate summit mean for Boris Johnson and Cop26?

As the US president prepares to host a virtual summit of world leaders next week to discuss the climate emergency, Sean O’Grady considers what it could mean for the UK prime minister’s approach to November’s Cop26 conference in Glasgow.

China’s special climate envoy to meet with his US counterpart

The Chinese foreign ministry has confirmed that China’s special climate envoy, Xie Zhenhua, will meet with his US counterpart John Kerry in Shanghai today.

Mr Kerry is in the country ahead of Joe Biden’s climate summit of world leaders later this month.

He will also visit Seoul on a visit to Asia extending until Saturday.

The trip marks the highest-level travel to China known so far for officials of the Biden administration.

For Republicans looking to capitalize on a major misstatement or slip-up, Joe Biden’s less-is-more strategy has meant that the pickings have been slim, writes Andrew Feinberg.

In the words of one House Republican campaign operative, “It’s a nightmare”.

US to withdraw all troops from Afghanistan by 11 September

Joe Biden will withdraw all US troops from Afghanistan by 11 September, the 20th anniversary of the terrorist attacks on America that were coordinated from that country, officials have said.

Mr Biden will lay out his vision for the way forward in Afghanistan and the timeline for the withdrawal in remarks Wednesday afternoon, the White House said.

The president will then visit Section 60 of Arlington National Cemetery to honour the sacrifice of those who died in recent American conflicts.

The decision to withdraw troops by September defies a 1 May deadline for full withdrawal under a peace agreement the Trump administration reached with the Taliban last year, but leaves no room for additional extensions.

A senior administration official on Tuesday called the September date an absolute deadline that would not be affected by security conditions in the country. 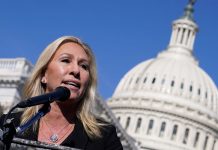 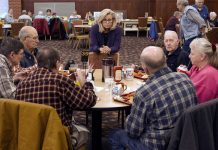 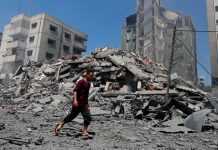 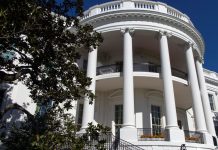 Inside the Beltway: White House reaches out to atheists, secularists 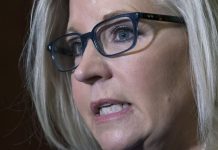 Liz Cheney to GOP: 'Soul of our democracy' at stake 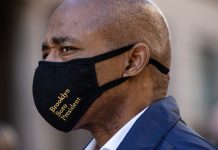 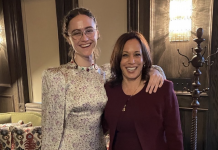 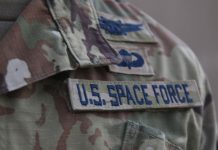