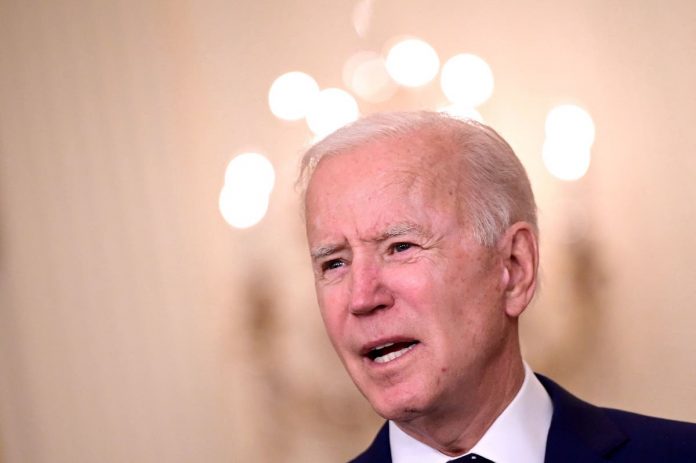 Joe Biden is to be briefed on a shooting at a FedEx centre in Indianapolis that saw eight people lose their lives. The gunman, who reportedly used a semiautomatic rifle, also took his own life.

It is the third major mass shooting of Mr Biden’s presidency, after a gunman in Atlanta opened fire at a series of spas and another in Boulder attacked a grocery store.

Meanwhile, Russia has threatened to strike back after Mr Biden expelled diplomats and announced a series of sanctions over election interference and cyberattacks.

Announcing the measures, Mr Biden said “we cannot allow a foreign power to interfere in our democratic process with impunity.”

The president said he wanted a “stable” and “predictable” relationship with President Putin, but the Kremlin immediately hit back, vowing swift action of its own.

Deputy foreign minister Sergei Ryabkov warned that “a series of retaliatory measures will come in the nearest time.”

US to set up $1.7bn national network to track coronavirus variants

The US is setting up a $1.7bn (£1.2bn) national network to identify and trakc coronavirus mutations of concern, which could spread and trigger another pandemic, the Biden administration have announced.

The investment will improve detection, monitoring, and mitigation of these variants by scaling up genomic sequencing efforts – a key step in containing the spread, the White House said.

“The original strain of Covid-19 comprises only about half of all cases in America today. New and potentially dangerous strains of the virus make up the other half,” the White House said in a statement.

The investment will be broken down into three areas: $1bn to expand genomic sequencing, $400m to help build six research centers for genomic epidemiology and $300m to build a national bioinformatics infrastructure – which will help build a repository of data.

‘No country should accept this now-routine horror,’ Pete Buttigieg says

No country “should accept this now-routine horror” of mass shootings, the secretary of state for transportation, Pete Buttigieg, has said after the shooting at a FedEx facility near Indianapolis airport.

“We wake up once more to news of a mass shooting, this time in Indiana. No country should accept this now-routine horror,” tweeted Mr Buttigieg, who is from Indiana.

The police killing of 13-year-old Chicago boy Adam Toledo has been thrust into the spotlight now that authorities have released body camera video of the incident. The footage has not resolved an argument over whether he was carrying a gun, but it clearly shows his hands were empty when he was shot.

Here’s the latest on what we know about his death.

A short piece composed by Twitter user David Gray reflecting on the circumstances in which Black people have been killed by police officers has been going viral. It’s been wrongly attributed to another writer, but corrections are being tweeted out as the piece gets more attention.

The White House is today welcoming Japanese premier Yoshihide Suga for Joe Biden’s first in-person meeting with a foreign premier since he was inaugurated. The president last encountered him in March at a virtual summit of the “Quad” alliance, a group comprising the US, Japan, India and Australia.

Donald Trump too hosted his Japanese counterpart, Shinzo Abe, early on in his presidency. That visit was notable largely for an excruciatingly awkward handshake in the Oval Office.

MSNBC host and former GOP congressman Joe Scarborough had harsh words this morning for Ohio Representative Jim Jordan, a devoted Trump ally who yesterday tore into Dr Anthony Fauci at a congressional hearing demanding to know when Americans will “get their liberties back”.

“The lies continue,” said the host, “the scapegoating still continues. No personal liberties were taken away. The Supreme Court has reviewed cases, the courts have reviewed cases. It’s just, it’s sheer idiocy playing for the lowest common denominator.”

The tech giant’s action comes after O’Keefe released the first instalment of a three-part “#ExposeCNN” campaign filmed with hidden cameras.

My colleague Graeme Massie has the story:

Ukrainian President Volodymyr Zelenskyy is holding talks on Friday with French President Emmanuel Macron and German chancellor Angela Merkel, amid growing tensions with Russia, which has deployed troops at the border with the country.

Ukrainian President Volodymyr Zelenskyy is holding talks with his French and German counterparts amid growing tensions with Russia, which has deployed troops at the border with the country

Ten liberal senators are urging President Joe Biden to back India and South Africa’s appeal to the World Trade Organisation to temporarily relax intellectual property rules so coronavirus vaccines can be manufactured by nations that are struggling to inoculate their populations. 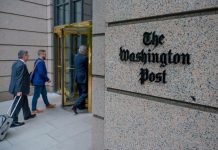 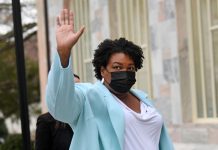 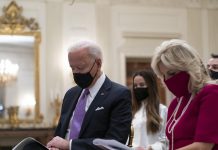 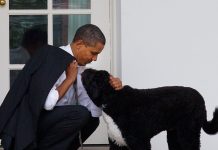