President Joe Biden has moved forward his aim for enough Covid vaccine doses for every American adult across the US by two months, having said that the administration will aim to have enough shots for everyone who wants one by the end of May.

However, the president was also careful to temper expectations of a timetable for a return to normalcy amid the pandemic, offering a subdued goal for “this time next year” or better.

Meanwhile, the Senate is also expected to take up Mr Biden’s $1.9tn coronavirus relief package on Wednesday, with Democrats aiming to have the president sign it into law before some benefits expire on March 14.

With Republican cooperation unlikely to help pass the bill, Democrats, who narrowly control the chamber with Kamala Harris as the tie-breaking vote, need to stick together to pass Mr Biden’s top legislative priority.

In an interview on Tuesday, biographer Timothy L O’Brien, author of Trumpnation: The Art of Being the Donald, made the comments amid discussions that New York state prosecutors are sharpening their focus on the company’s longtime chief financial officer Allen Weisselberg.

President Joe Biden has expressed that he is “looking forward” to working with newly confirmed education secretary Miguel Cardona on the re-opening of schools amid the coronavirus pandemic.

“An educator is leading the Department of Education once again,” Mr Biden tweeted.

“I look forward to working with @SecCardona to safely reopen our nation’s schools and ensure every child has access to a quality education.”

The Senate voted on Monday to confirm Mr Cardona, a former public school teacher who went on to become Connecticut’s education chief, as education secretary.

Mr Cardona will be asked to play a central role in achieving Mr Biden’s goal to have a majority of elementary schools open five days a week within his first 100 days.

Additional reporting by the Associated Press

Intelligence emerges of another plot to breach Capitol, report says

Capitol police sources have said they have received an intelligence bulletin warning of another plot to breach the Capitol building this week, according to a report Fox 5.

The broadcaster reported that two sources say officers got a bulletin on Tuesday warning of another plot to attack the Capitol on Thursday, 4 March.

According to Fox 5, the warning specifically named the militia group the Three Percenters, members of which have been accused in the Capitol riot on 6 January.

US Capitol police said in a statement on Tuesday that they were planning on “enhancing” their security and staffing efforts in light of “concerning information and intelligence pertaining to 4 March.”

The broadcaster noted that a memo obtained by Fox News from acting House Sergeant at Arms Timothy Blodgett indicates that some threat for 4 March has diminished.

The US Senate is expected to take up President Joe Biden’s $1.9tn coronavirus relief package on Wednesday, with Democrats aiming to have the president sign it into law before some benefits expire on March 14.

With Republican cooperation unlikely to help pass the bill, Democrats, who narrowly control the chamber with Kamala Harris as the tie-breaking vote, need to stick together to pass Mr Biden’s top legislative priority.

Democrats will be forced to come to a compromise on a number of competing ideas as they seek to advance the bill, which passed the Democratic-controlled House of Representatives last Saturday.

First to be cut from the provisions will be a minimum-wage increase, allowing Democrats to invoke a special procedure allowing them to pass the bill with a simple majority, rather than the usual 60 votes needed.

Creator of CPAC golden Trump statue admits it was made in China, after saying Mexico

The golden Donald Trump statue that appeared at last week’s conference for the country’s conservatives was actually made in China — rather than Mexico — the creator has reportedly admitted.

Artist Tommy Zegan told reporters last week that the six-foot statue of the former US president that quickly went viral after it was unveiled, was assembled in Mexico — a country routinely belittled by Mr Trump.

Days afterward, a business partner of Mr Zegan reached-out to Politico to say that while the golden statue was assembled in Mexico, where the creator lives as an American expat, the replica of the former president was in-fact made in China.

“Everything is made in China,” one of Mr Zegan’s business partners, Jose Mauricio Mendoza, told Político on Tuesday. “I want to be straight, because if I’m going to sell these statues, they have to be true.”

Mr Biden’s announcement on Tuesday that there would be enough vaccine for all adults by the end of May, two months earlier than previous predictions, skated over a clear timetable to normalcy.

“I’ve been cautioned not to give an answer to that because we don’t know for sure,” he said after announcing the stepped-up vaccine timetable. He offered a subdued goal for “this time next year” or better.

“But again,” he added, “it depends upon if people continue to be smart and understand that we still can have significant losses. “

While the administration expects to have procured enough vaccine by the end of May, there is no guarantee that all those shots will get into arms by then.

Unlike his predecessor, who frequently established goals he could not meet, Mr Biden has tried to set modest expectations and then beat them. His initial goal to administer 100 million shots in his first 100 days will be easily surpassed.

But while Tuesday’s optimistic announcement about the vaccine supply sent hopes soaring, it also raised pressure on the administration to administer shots to Americans.

Failure to do so would be viewed as a bitter disappointment and clear political setback.

“If Americans can’t get access to vaccines, they are going to blame the guy in charge.”

Reporting by the Associated Press

Russia downplays US sanctions over Navalny

Russia on Wednesday played down the impact of sanctions imposed by the United States and the European Union over Moscow’s treatment of jailed opposition politician Alexei Navalny, but said it would retaliate with reciprocal measures.

Washington on Tuesday imposed sanctions against seven senior Russian officials and on 14 entities for the attempted poisoning of Mr Navalny with a nerve agent last year. He has seen returned to the country, where he has been jailed.

Kremlin spokesman Dmitry Peskov said Moscow would hit back in a way that best served its interests, and said travel sanctions had no impact on officials who could not fly during the Covid-19 pandemic.

Dmitry Antonv has the report:

Dr Anthony Fauci has given his own 3D model of the coronavirus to the Smithsonian National Museum of American History, after the institution recognised the infectious diseases expert’s role as the face of the country’s Covid-19 response.

“Dr Fauci has helped save millions of lives and advanced the treatment and our understanding of infectious and immunologic diseases across more than five decades of public service,” said Anthea M. Hartig, the museum’s director, on Tuesday.

“His humanitarianism and dedication truly exemplify what it means to be a Great American.”

Mr Fauci, in return for being awarded a “Great Americans Medal” by the Smithsonian, said he would donate the 3D model of the coronavirus he has been using in meetings for the past year.

“This has been a terrible year in so many respects,” he said. “Decades from now, people will be talking about the experience that we went through.”

The National Institute of Allergy and Infectious Diseases director joins a list of previous honourees of the Great Americans Medial, who include former secretaries of state Madeleine K. Albright and Gen. Colin L. Powell, as well as tennis star Billie Jean King and musician Paul Simon.

Additional reporting by the Associated Press.

Biden calls for states to vaccinate teachers as priority

President Joe Biden on Tuesday called for states to prioritise the vaccination of essential workers and teachers, as part of the country’s ramped-up vaccination efforts.

Some 30 states are already prioritising education workers in the queue for vaccines, with hopes that schools will re-open in the coming month.

To ensure all teachers receive a vaccine, Mr Biden added on Tuesday that he was “using the full authority of the federal government” to direct all states and the District of Columbia to prioritise teaching staff.

“Let’s treat in-person learning like an essential service that it is,” said the president, “And that means getting essential workers who provide that service — educators, school staff, child care workers — get them vaccinated immediately. They’re essential workers.”

The House Oversight Committee has reissued a subpoena to Donald Trump’s accounting firm for information that is likely to include the former president’s tax returns, House counsel Doug Letter said in a filing on Tuesday.

Investigators are working to get eight years of Mr Trump’s tax records from the accounting firm Mazars USA. The Supreme Court recently refused to block a request for access to the tax returns from prosecutors as part of an investigation by the Manhattan district attorney.

In a joint status report, House attorneys attached a copy of the subpoena that was served to Mazars last week on 25 February, demanding financial documents related to Mr Trump, the Trump Organisation, the Trump Foundation, and other related entities by 11 March.

‘Dolly gets a dose of her own medicine’

Dolly Parton has shared a video of her receiving her first Covid-19 vaccination, after she donated $1 million to help fund coronavirus research last year.

The country singer got a shot of the Moderna vaccine and joked on social media that she had got “a dose of her own medicine”.

Parton urged her followers to get the vaccination if they are eligible and said that she was “old enough” and “smart enough” to get the jab. 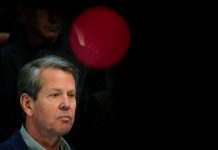 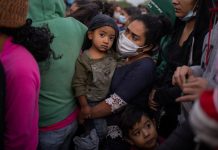 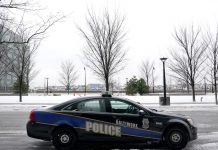 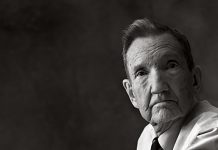 Ramsey Clark, Attorney General and Rebel With a Cause, Dies at 93

Zeus of Twitter or mouse of Mar-a-Lago? Republicans court Trump in Florida 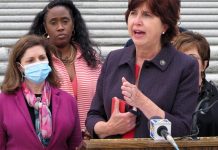 Biden Wants New Ban On Assault-Style Weapons. What Lessons Were Learned From The '90s? 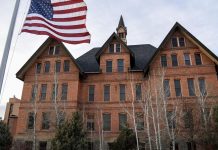