Biden nears the White House — Likely just a matter of days (if that) for Democratic nominee Joe Biden to hit the 270 electoral votes he needs to oust President Donald Trump from the White House. The former vice president sat at 264 early on Thursday needing only Pennsylvania, Georgia or Nevada to tip his way to become the 46th President of the United States. (Full results.)

The Trump campaign filed lawsuits to fight the results in Michigan, Pennsylvania and Georgia and is pursuing a recount in Wisconsin. But thus far there is no indication of anything unusual happening beyond counting all the votes. So it’s not likely the suits or recounts will change the results. Control of the Senate remains likely to stay with Republicans though results in Georgia could change that if Democrats can force a pair of runoffs and win them.

Wall Street celebrated a turn back to quasi-certainty at the presidential level on Wednesday though stocks didn’t quite sustain some of their big jumps early in the day. It remains a somewhat confusing time for investors given it’s now unclear how big a stimulus deal a potential President Biden might be able to cut with Senate Majority Leader Mitch McConnell should the GOP hold the chamber.

Still, while Wall Street was fairly bullish on the “blue wave” narrative, plenty of traders and executives also like the idea of a check on Biden’s more progressive instincts. And a GOP Senate would likely require more moderate nominees, though progressives would like to see Biden simply use the Vacancies Act and bypass McConnell. That’s not really Biden’s style, so market comfort with split control is not super surprising, though it wasn’t the best case scenario.

The nightmare scenario we wrote about Wednesday depended on the outcome being truly in doubt, which it was early that day. And then it wasn’t, providing a lift for risk assets and reversing the futures drop that occurred after Trump’s remarks early Wednesday morning.

Why Wall Street is OK with it — As we’ve written, the “blue wave” was for many an ideal scenario given the prospect of giant stimulus. But a President Biden plus a GOP Senate also would mean less risk of big tax hikes and super aggressive nominees.

CapAlpha’s Ian Katz: “Remember all the talk about a financial transactions tax, an Elizabeth Warren-driven crackdown on private equity, and even the possibility of breaking up the big banks?

“We were skeptical of any of that happening even if the Democrats had won the Senate. Now you can just take it completely off the table. And obviously we won’t see a tax-hike bill. … It’s not just control of the Senate that matters; it’s also the margin. The slimmer the majority, the less daring the president can be with nominations.”

Biden sets the record — Via our Kellie Mejdrich: “Biden broke the record for the most number of votes cast for any president in history … The Democratic presidential nominee surpassed 70.33 million votes as of 2:38 p.m. …

“Biden’s total shatters a previous record for the most votes cast for a president set by Democrat Barack Obama in 2008, with nearly 69.5 million votes, according to the Federal Election Commission.”

Initial jobless claims at 8:30 a.m. expected to be little changed from 750K … FOMC announcement at 2:00 p.m. not expected to feature any significant changes. And there is not enough worry in markets about the election to merit any departure.

McCONNELL WANTS STIMULUS BY YEAR-END — Our Marianne LeVine: “McConnell said … that Congress should approve a coronavirus relief package before the end of the year, a shift from his recent suggestion that a measure was more likely early next year.

“During a press conference in Kentucky a day after he won reelection, McConnell expressed optimism that negotiators could reach a deal post-election. The outcome of the presidential contest and control of the Senate remains unknown, though final results are expected within the coming days if not sooner. ‘We need another rescue package,’ the Kentucky Republican said.”

STIMULUS PREDICTIONS — Cowen’s Jaret Seiberg: “We expect enactment in the lame duck of a stimulus that revives the Paycheck Protection forgivable loan program. That should help both small businesses and commercial real estate.

“If … Biden wins, we believe Treasury could take more risk with the Main Street loan programs, which could be a backup stimulus if the economy falters next year. That could help hotels, restaurants and others”

CHINA SHAPES A NEW U.S. ECONOMIC ERA — Our Luiza Ch. Savage: “A historic shift in U.S. economic policy is taking shape regardless of who sits in the White House or controls Congress: an increasingly muscular role for state power to build up industries U.S. leaders deem critical to America’s national security and place in the world.

“Whether … Trump’s ‘America first’ manufacturing approach and his mandates to make medical equipment in the U.S., or … Biden’s ‘build back better’ plan to fund and incentivize a green energy sector, free-market fundamentalism is receding into the rear view mirror … And it’s being spurred by one leading force: China’s ascent.”

AND CATCH THIS STORY ON THE PODS — Hosts Luiza Savage and Ryan Heath of our “Global Translations” podcast talk to the people trying to make industrial policy cool again.

“The S&P 500 rose 2.2 percent for its best day in five months. The benchmark index had been up 3.5 percent before the market lost some of its momentum toward the end of the day. That pullback wiped out more than 450 points from the Dow Jones Industrial Average, though the blue-chip index still closed more than 360 points higher.”

BANK STOCKS FALL AS STIMULUS HOPES FADE — WSJ’s Ben Eisen: “Bank stocks tend to track the outlook for the U.S. economy because their business of taking deposits and making loans depends on healthy consumers and business.

“Shares of regional banks, some of the most dependent on a strong economy, were down the most on Wednesday. Comerica Inc. fell 11 percent, Huntington Bancshares Inc. dropped 9.1 percent and Citizens Financial Group Inc. slid 7.9 percent.” 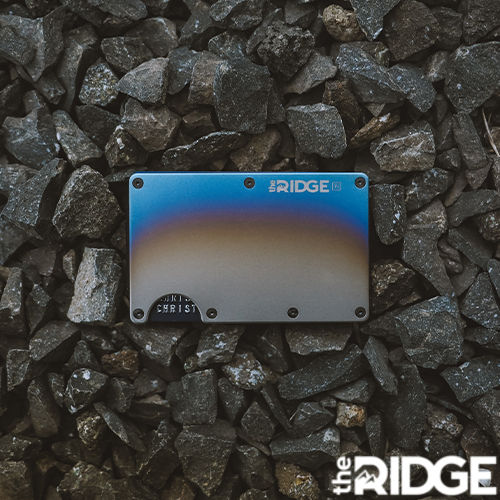 FUTURES EDGE UP — Bloomberg’s Vildana Hajric and Sarah Ponczek: “U.S. stock futures opened little changed after unbridled investor demand for technology and health-care stocks sent benchmark indexes to some of the strongest gains of the year.

“American equities have surged despite a U.S. presidential election whose outcome remains uncertain, with Wednesday’s session dominated by groups whose relative immunity from the economic cycle have made them defensive havens all year. Facebook Inc., Apple Inc., Alphabet Inc. and Amazon.com Inc. each rose more than 4 percent during exchange trading, while drug-developer Biogen Inc. soared more than 40 percent.”

WHY ARE MARKETS UP AS RESULTS STREAM IN? — WSJ’s Amrith Ramkumar and Caitlin McCabe: “Heading into Election Day, traders had expected Democrats to win control of the White House and Senate, fueling wagers on a larger coronavirus stimulus plan that some anticipated would lift bond yields and support cyclical stocks tied to the economy—smaller companies, banks and manufacturers.

“Results so far have driven a reversal of those bets, with the presidential race too close to call and many expecting Republicans to maintain control of the Senate. That shift is driving big gains in sectors like technology and health care and hurting more economically-sensitive areas.

FED CONFRONTS SHAKY ECONOMY — AP’s Martin Crutsinger: “Federal Reserve officials are meeting this week with the economy facing growing threats from a resurgence of the coronavirus and from Congress’ failure to provide any further aid for struggling individuals and businesses.

“Yet the Fed will likely end its latest policy meeting Thursday by deciding to wait before determining whether or how to expand the economic support it has been supplying through ultra-low interest rates. The central bank has been buying Treasury and mortgage bonds to hold down long-term borrowing rates to encourage spending. And it has kept its key short-term rate, which influences many corporate and individual loans, near zero.”

TREASURY TO MODERATE PACE OF BORROWING OVER COMING MONTHS — WSJ’s Kate Davidson: “The Treasury Department said Wednesday it will continue to shift government financing to longer-dated maturities over the coming quarter, but at a more moderate pace than earlier this year, as the government faces uncertain and potentially sizable borrowing needs as a result of the coronavirus pandemic.

“The Treasury plans to increase auction sizes across all securities, particularly seven- and 10-year notes and 20- and 30-year bonds, though not as much as in the previous quarter. The agency also plans to begin modest increases to auction sizes for Treasury inflation-protected securities, which rise by about $10 billion to $20 billion over the 2021 calendar year, the agency said in its quarterly statement of borrowing needs.”

TRANSITIONS — Via Talking Biz News: “Juliana Kaplan is now covering the wealth beat for Business Insider, focusing on wealth, inequality, and the many different ways money impacts the world around us.” 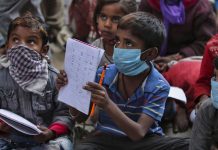 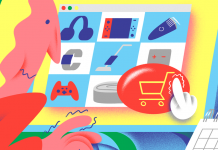 How Not to Overspend This Black Friday

‘We should be substantially back to normal’ by summer 2021, says Operation Warp Speed's chief science advisor 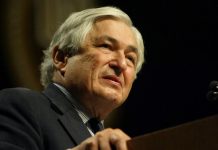 James D. Wolfensohn, Who Led the World Bank for 10 Years, Dies at 86 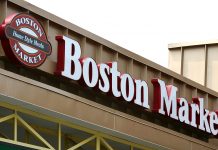 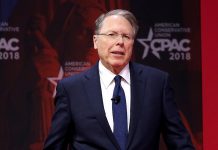 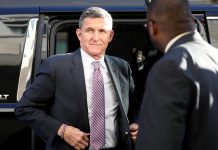 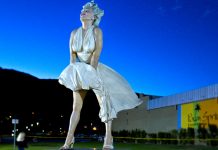