Biden bets big on wind power ahead of climate summit

Joe BidenSinema fundraising in Europe as reconciliation talks ‘ongoing’: report Mexico urges more US investment in Central America to stem migration flows Trump calls into Take Back Virginia Rally to hype Youngkin MORE is betting big on wind power to demonstrate U.S. climate commitments ahead of an international summit that starts in just over two weeks.

The Biden administration has set a goal of cutting U.S. carbon emissions in half by 2030, in addition to boosting offshore wind energy. Under the roadmap announced by administration officials this week, offshore wind power would be installed along almost the entire U.S. coastline in the coming years.

Deb HaalandHaaland announces potential new lease sales in latest push to grow offshore wind Over 100 nations pledge rapid action on biodiversity Overnight Energy & Environment — Dozens of countries join US-Europe-led methane pledge MORE said at an industry conference Wednesday that her agency hopes to lease installation sites in the Gulf of Mexico, the Gulf of Maine and off of California, Oregon and the Atlantic coast by 2025. The move comes just months after the administration approved the first major commercial offshore wind farm, near Martha’s Vineyard.

“We have big goals to achieve a clean energy economy and Interior is meeting the moment,” said Haaland.

She also highlighted the role Congress is expected to play. The $1.2 trillion bipartisan infrastructure package awaiting a vote in the House would build out transmission lines for renewable energy, including offshore wind.

But some climate experts are skeptical of U.S. follow-through.

Dan Reicher, a senior research scholar at the Stanford Woods Institute for Environment, said the plans are “helpful” but noted the U.S. track record on the issue.

“There’s always been some doubt about how committed the U.S. is to offshore wind,” said Reicher, who served as the Energy Department’s chief of staff during the Clinton administration. “We have built very little relative to the size of our resource and the Trump administration set us back over four years.”

Reicher also noted that “there will be controversy associated with” many of the leasing processes. In addition to the political pushback as seen at the state and local level, Reicher said, “we’re still in a process of sorting through the best technologies.”

Still, some experts say the recent efforts around wind energy are a step in the right direction.

National Ocean Industries Association President Erik Milito called the off-shore wind initiative “one of the many examples that this administration is going to be able to point to, to show that it’s taking steps to meet its goals and meet its own national contribution determination for the Paris Agreement.”

For others, a serious commitment to wind energy is vital for the U.S. to hold credibility on the global stage when it comes to climate action.

“I think these goals are absolutely needed in order for the United States to, to be part of the offshore wind discussion,” said Liz Burdock, president and CEO of the Business Network for Offshore Wind. “We have been absent globally for the last four years on the international stage … and having this plan is extremely important for us on the international stage as a climate change leader.”

Burdock noted that successfully achieving the administration’s goals would put the U.S. at the forefront of wind energy internationally.

“Globally, we have about 32 gigawatts installed and operating,” she added. “So, the Biden administration is asking the U.S. offshore wind industry to do in eight years what the world took two decades to do.”

But achieving those goals requires overcoming domestic hurdles, and international partners may be skeptical given the potential for Republicans victories in the 2022 midterms.

However, Burdock said that much of wind energy infrastructure buildout involves state officials who can proceed with projects even without the federal government onboard.

While the Democrats’ multitrillion spending package in the House contains provisions that would incentivize offshore wind development, the legislation is also in the process of being trimmed to lower the price tag that’s caused concerns among moderates.

One provision in the package, the Clean Energy Performance Program, would provide financial incentives to electric utilities to transition to renewable sources like wind and solar. But Sen. Joe Manchin

Joe ManchinSinema fundraising in Europe as reconciliation talks ‘ongoing’: report Warren: Billionaires who ‘have enough money to shoot themselves into space’ will pay for reconciliation bill To Win 2022: Go big on reconciliation and invest in Latinx voters MORE (D-W.Va.), has balked at including it, calling the proposal unnecessary in light of current transition efforts in the industry. 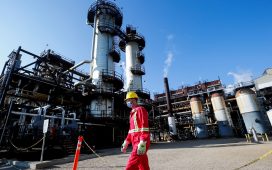 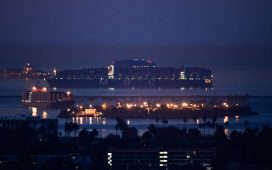 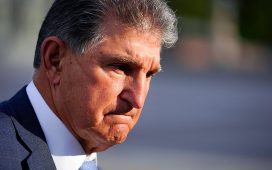 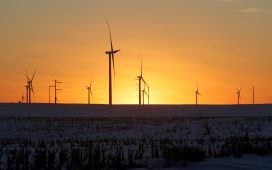 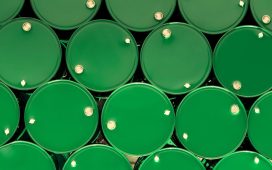 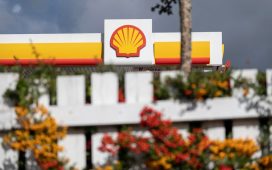 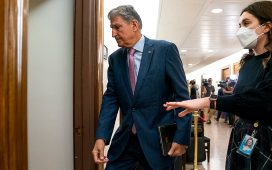 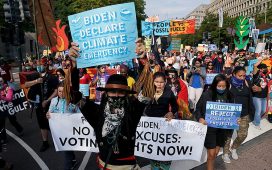