In the early nineteen-eighties, Beverly Glenn-Copeland was living in a quiet part of Ontario famous for its scenic hills and lakes. He heard about the advent of the personal computer and, owing to a fascination with “Star Trek” and science-fiction futurism, became instantly intrigued. He bought one, even though he had no idea how to use it. Initially, he just walked around with his computer cradled in his arms, hoping that its secrets would reveal themselves.

For the next few years, Glenn-Copeland’s free time was spent shovelling snow, feeding his family, and teaching himself how to use his computer to make music. He later recalled that his creative community consisted of trees, bears, and rabbits—“the natural world, that was my companion.” He slept only a few hours a night, kept awake by the conviction that his computer could help him produce sounds that had never been heard before.

Glenn-Copeland, who is a transgender man, was born Beverly in Philadelphia in 1944. (He goes by Glenn, but he retained his birth name after his transition.) His family was middle class and Quaker, and many of the struggles faced by African-Americans seemed abstract to him as a child. His father would sit at the piano for hours a day playing Bach, Chopin, and Mozart, and Glenn-Copeland began learning the German lieder style of singing. He briefly studied with the opera singer Eleanor Steber. Occasionally, his mother would sing him Negro spirituals.

Glenn-Copeland enrolled at McGill University, in Montreal, in 1961, becoming one of its first Black students. At the time, he identified as female. After he was ostracized for being in an openly lesbian relationship, he dropped out and became a folk musician. In the late sixties and early seventies, he recorded a couple of bluesy folk albums that call to mind Joni Mitchell or Odetta, full of the kind of searching, heartbroken songs that one learns to write by listening to other people’s searching, heartbroken songs. Often, they sound as if Glenn-Copeland were trying to fit his operatic range into a narrow band of sentimentality. “So you run to the mirror in search of a reason / But the ice upon your eyelids only reminds you of the season / I don’t despair / Tomorrow may bring roses,” he sings. At first, his vocals are restrained and quivering. But then he lets loose, soaring above the strummed guitars and forlorn pianos.

By the time Glenn-Copeland began teaching himself how to use a computer, he was working in children’s television, writing songs for “Sesame Street” and performing on a Canadian program called “Mr. Dressup.” He had become immersed in Buddhism and its traditions. The music he was making was spacious and unpredictable, nothing like his work from the seventies. Some songs resembled techno anthems slowed to a crawl; others seemed like furtive experiments in rendering the sound of a trickling stream with a synthesizer. Instead of paeans to a lover, there were odes to higher powers and changing seasons, lyrics about spiritual rebirth and the great outdoors. “Ever New” slowly builds, a series of synth lines layering on one another, until Glenn-Copeland finally begins singing: “Welcome the child / Whose hand I hold / Welcome to you both young and old / We are ever new.” He made two hundred cassette copies of an album called “Keyboard Fantasies.” And then, befitting his life philosophy, Glenn-Copeland moved on to the next thing. More snow.

There’s a history of electronic music that replaces the sweaty communion of the dance floor with self-discovery and alternative forms of consciousness. Glenn-Copeland has described himself as a “musical monk,” largely ignorant of what’s going on outside his house. “Keyboard Fantasies” was rediscovered in 2015 by a Japanese record collector, who bought Glenn-Copeland’s remaining stock and sold it to people around the world. The following year, the album was reissued by the Toronto record label Invisible City Editions.

Part of the appeal of Glenn-Copeland’s recordings from the eighties is the way in which they speak to our desire for a future that never came. “Keyboard Fantasies” is like an outsider artist’s enchanted take on electronic music. As “Sunset Village” opens, Glenn-Copeland sounds as though he’s still feeling his way around the keyboard, showing a slight hesitancy as he taps a pattern of low notes. But a simple, gorgeous synth melody weaves into the mixture, and he begins singing with a kind of serene calm: “Let it go / Let it go now / It’s O.K.” Where his folk recordings felt anguished and stormy, here the vocals are sonorous and slow, merging with mellow waves and pulses. Computers are capable of producing sounds that might never end, and it often seems as if Glenn-Copeland wanted to see how long he could sustain his vocals and stay inside the moment.

“Transmissions,” released this month by Transgressive Records, is a compilation spanning Glenn-Copeland’s career. Curiously, it’s not sequenced chronologically, so it offers a sense of restless, ever-shifting moods rather than a single line of artistic progression. Plaintive folk tunes from the early seventies and eighties and experiments in ambient pastoralism sit alongside tracks from “Primal Prayer,” an album released in 2004 under the pseudonym Phynix, which was full of sampled breakbeats and dramatic, operatic refrains. “My mother says to me / Enjoy your life,” Glenn-Copeland sings on “La Vita,” which sounds like a homemade version of early-nineties world-beat dance music.

In the mid-nineties, Glenn-Copeland was introduced to the term “transgender,” which eventually gave him a language for understanding himself. Glenn-Copeland began publicly identifying as trans in 2002. He had long since stopped writing songs about relationships or heartbreak. Instead, the autobiographical nature of his music comes through in its exploration of textures, moods, and memory. “Transmissions” features a new song called “River Dreams,” built around a downcast bass line echoed by piano. Here, Glenn-Copeland seems to chant, almost as though uttering an incantation, in an unfamiliar language. There’s also a live recording from 2018 of the spiritual “Deep River,” calling to mind the music of his youth. He turns it into a joyous sing-along, encouraging the audience to scat with him, and then thanking them for helping him out.

In August, Glenn-Copeland released “Live at Le Guess Who?,” made during a Dutch music festival, which includes the recording of “Deep River.” On “Colour of Anyhow,” his voice is weathered and grainy as he unspools that older folk tune into a delicate jazz ballad. Throughout the concert, Glenn-Copeland is joyful and giddy, joking about how he’s so chatty when onstage that the band might have time to play only a few songs.

Glenn-Copeland’s exposure in the past few years, and his experiences as a seventysomething on tour for the first time, were documented by the filmmaker Posy Dixon in the 2019 film “Keyboard Fantasies: The Beverly Glenn-Copeland Story.” One member of Indigo Rising, his young touring band, marvels at his desire to spend so much time with them, grinding away on the road. It looked as if 2020 would be the first year of Glenn-Copeland’s life that he made money as a musician. But the pandemic resulted in a string of cancelled tour dates, which he and his wife had been counting on for income. Their daughter and her partner launched a crowdfunding effort that helped them avoid homelessness.

Throughout Dixon’s film, Glenn-Copeland exudes an infectious mirth, like a person out of step with these grim times. He spent decades working in obscurity without realizing that that’s what it was. Obscurity suggests an awareness of the outside world and its desires. Only now does Glenn-Copeland understand that he was making music for a generation of listeners who had yet to be born. In the documentary, he is excited to eat takeout on the sidewalk and to listen to his band tell stories about night clubs and new music. He is thrilled to be interviewed on someone’s Internet radio show. Everything is delightful and unprecedented. He wasn’t waiting for all this to happen—the recognition, the new records, the tours. But he was waiting for us. ♦ 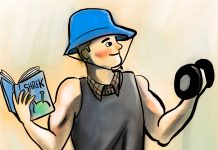 Meet the Stars of the Newest TikTok Collab House 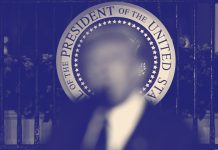 Why a Never Trumper Changed Her Mind

Running a Virtual School on Chicago’s West Side 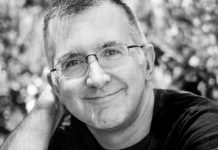 The Cryptic Crossword: No. 84 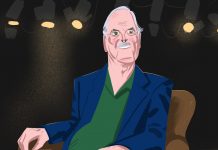 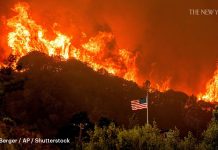 The Tragedy of the West Coast Wildfires 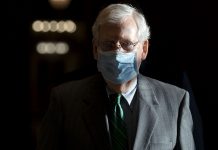 For Mitch McConnell, Keeping His Senate Majority Matters More Than the Supreme Court 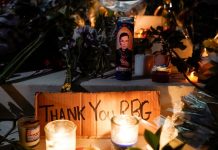 Can Trump and McConnell Push Through a Successor to Ruth Bader Ginsburg?

Moving Back Out of Your Parents’ Home: Orientation Materials