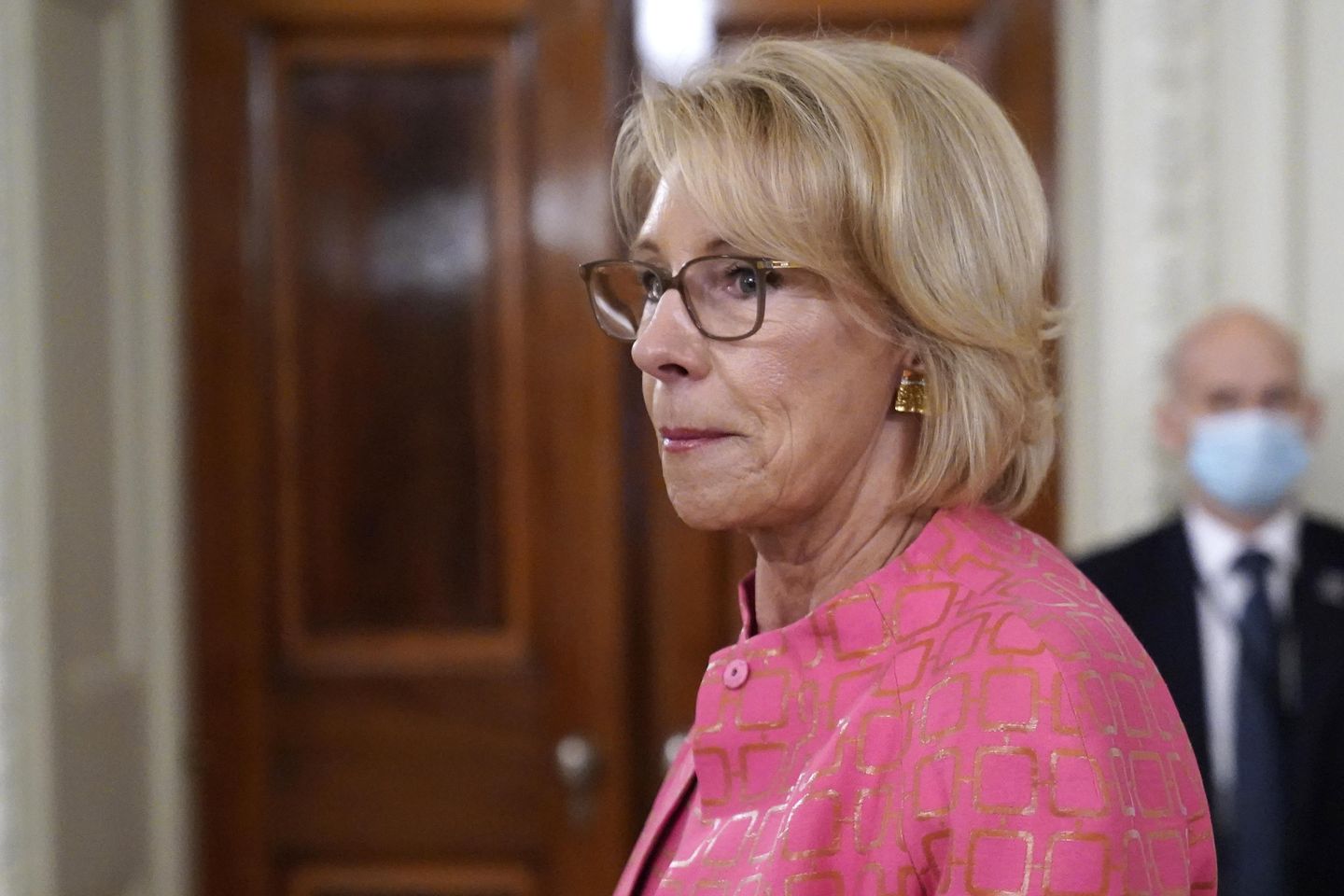 “The president has no authority to just wave a magic wand and suddenly forgive billions and billions of dollars in student loan debt,” she told Fox News late Monday. “Congress has the power of the purse, not the president.”

Ms. DeVos served in President Donald Trump’s Cabinet from the start of his administration to January 2021, when she resigned over Mr. Trump’s rhetoric in the lead-up to the Jan. 6 attack on the Capitol.

Democrats frequently criticized her stances on school choice and the for-profit college industry, but on Monday she found fault with Mr. Biden’s plan to cancel $10,000 in student debt for borrowers who earn less than $125,000 per year and $20,000 in debt for those who received Pell Grants.

“It is totally unfair to all of those who have not taken out student loans,” she said. “And for those students who faithfully have been paying their student loans down, how does that work for them?”

Ms. DeVos also said the plan is unfair to military members who served the nation to gain education benefits and seems like a bid to attract young voters in a mid-term year.

“It is fundamentally unfair. It is wrong,” she said. “And not only that, but it doesn’t solve any problem. All it does is mean a political payoff to voters that Biden and his administration hope to attract in November.”

The plan could spark legal challenges from those who say Mr. Biden exceeded his authority.

The White House has defended its decision, saying it will level the playing field for those saddled with insurmountable debt and level the racial wage gap by offering extra relief for Pell Grant borrowers who are more than twice as likely to be Black.