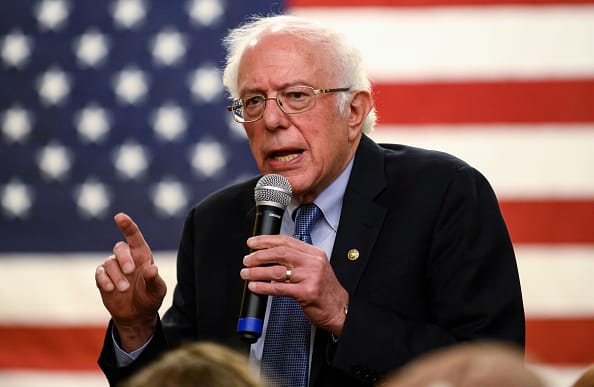 Presidential contender Sen. Bernie Sanders said in an interview published Monday that he will consider releasing a shortlist of his potential nominees to the Supreme Court prior to the election, a tactic that President Donald Trump used to bolster his bid last cycle.

“It’s a reasonable idea,” Sanders told The New York Times’ editorial board. “My wife agrees with you. Yeah. I’ll take that into consideration. Nothing wrong with that.”

Sanders said in the Times interview that, at that point, it was too early to release such a list.

“Got to kind of win the nomination first,” he said. “I’m kind of struggling to do that.”

Sanders is polling in second place in national surveys, behind former Vice President Joe Biden. He holds a slight lead in polls of Iowa and New Hampshire, the first caucus and primary states. Iowa hosts the first contest of the Democratic primary on Feb. 3.

Trump took the unusual step of releasing his own Supreme Court shortlist ahead of the 2016 election, saying it would serve as a “guide.”

That maneuver, carried out after Trump was already the presumptive GOP nominee, was seen at the time as an attempt to curry favor with Republicans who were skeptical that Trump, who had never before run for elected office and had at times been a registered Democrat, would nominate sufficiently conservative justices.

Neither of Trump’s two eventual nominees, Justices Neil Gorsuch and Brett Kavanaugh, were on the first shortlist that Trump unveiled in May of 2016, though they were added to subsequent lists. Trump’s two picks have solidified a 5-4 conservative majority on the nine-judge panel.

Sanders, like Trump was, is viewed skeptically by some party establishment figures. Sanders is one of two independents in the Senate who caucus with Democrats, and identifies as a democratic socialist.

During the interview with the Times, he repeated his pledge to only nominate justices who are “100% Roe v. Wade,” citing the landmark abortion ruling.

“The person that I would appoint would not only be 100% Roe v. Wade, would be somebody who understands plight of the working class in this country, who is prepared to stand up to the power of corporate interests,” Sanders said.

Republicans have pressed Democrats to release their potential picks.

In June, the Judicial Crisis Network, a conservative group, launched a $1.1 million ad campaign calling on Democratic presidential contenders to disclose a short list of potential nominees that a Democratic president could select that had been compiled by a liberal group.

It was not clear at the time that any Democratic presidential contenders had seen the list, and they avoided discussing it.

None of the top Democrats running for the nomination have committed to releasing their own shortlists ahead of the November election.

But Democrats have put a greater focus on judicial nominations during the primary than in past cycles, partially in response to Trump’s successful efforts, facilitated by a Republican-held Senate, to stack the federal bench with young conservative jurists.

Trump has nominated about one in four judges currently sitting on U.S. circuit courts, or double the number that Obama had confirmed at the same point in his presidency, according to a tracker maintained by conservative The Heritage Foundation.

Pete Buttigieg, the former mayor of South Bend, Indiana, made Supreme Court reform a central element of his bid during the early days of his campaign. In December, he told The Washington Post that he would not release the names of his potential nominees.

Biden and Sen. Elizabeth Warren, D-Mass. did not respond to requests for comment on whether they intend to release Supreme Court shortlists. A Buttigieg spokesperson referred CNBC to his past comments. 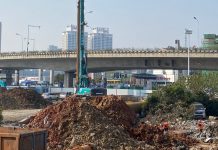 Most Major Economies Are Shrinking. Not China’s.

China reports its economy grew 2.3% percent in 2020 as its recovery from the coronavirus pandemic ac 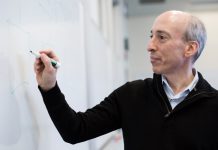 Gary Gensler to Be Named Head of S.E.C. 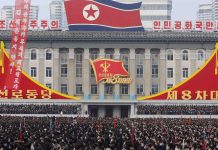 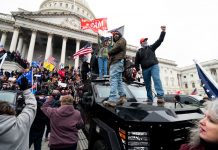 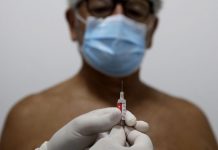 Brazil’s health agency approves the use of two vaccines 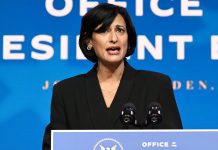 Not a Coffee Shop aims to create conversation, change