Officials with Belterra Park and the Ohio Horsemen’s Benevolent and Protective Association have agreed to a three-year contract that will result in the resumption of simulcasting from the Cincinnati, Ohio, racetrack as early as Tuesday.

The simulcast signal was shut off earlier this month after horsemen – who have been involved in protracted contract talks with Belterra – opted not to renew an export approval agreement that expired at the end of August.

With no simulcasting or advance deposit wagering and extremely limited on-site betting, handle at Belterra plunged. The first seven cards of September have averaged just $29,229 in pari-mutuel wagers compared to $874,261 on the final live program in August.

“Our board has approved a new contract with Belterra that we are in the process of finalizing today,” said Dave Basler, executive director of the Ohio HBPA. “I expect approval by this (Monday) evening and the signal should be back up tomorrow.”

Basler said the two sides have been operating off a contract from the old River Downs racetrack dating back to the 1990s that preceded both casino wagering in Ohio and the replacement of River Downs by Belterra. Changes of ownership of the racetrack casino – now part of Boyd Gaming – complicated the process, Basler said.

“The percentage (from casino revenue) paid to horsemen was set by the racing commission via resolution, but how that was distributed was being done without agreement,” said Basler, who said the amount in question was $9 million annually. “The process really bogged down the last couple months and we we thought it might drag on for the next couple months.”

Basler said the contract and export approval both run through December 2023.

Keeneland’s Fall Meet To Be Held Without Spectators, Only Essential Personnel 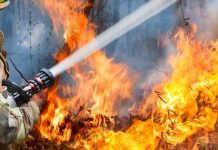