What is an art enthusiast to do, now galleries and museums around the world have closed their doors? The Getty museum, based in Los Angeles, has a suggestion: recreate famous works of art using household items.

The institution issued the challenge to its Twitter followers on Thursday last week: choose your favourite artwork, recreate it using three items lying around your house and share it with the world on social media.

The responses have ranged from the hilarious to the impressive, with recreated artworks including classics such as Master of Saint Cecilia’s Madonna and Child, the anonymously created Virgin, Saint Elizabeth, and the Infants John the Baptist and Christ; as well as modern works such as Helen Frankenthaler’s Mirabelle – now featuring strategic but perhaps inadvisable use of that precious commodity, toilet paper.

The Getty museum is not the first to suggest whiling away self-isolation with ad hoc art experiments.

Over the course of a week, the roommates, based in the US, have been recreating classic works of art and sharing them on social media.

The recreations, which began with Jacques-Louis David’s The Death of Marat, have become progressively more detailed and adventurous.

The most recent post at the time of writing was a version of the surrealist work The Son of Man by René Magritte, including a behind-the-scenes look at how they managed to get an apple to appear as if it was floating in front of model Sam Haller’s face.

“If you ever need a model for the soft face of a Dutch peasant girl, I’m your man,” said Haller when he shared the pictures on Facebook last week, including one of him as Johannes Vermeer’s Girl with a Pearl Earring.

If you have uploaded your own creation to social media, please feel free to share in the comments below. 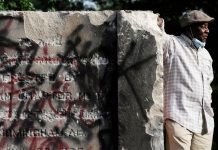 Monuments across the US are toppled, damaged as protests over George Floyd's death continue 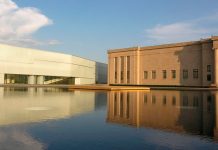 Walking to infinity: my virtual odyssey through Britain's finest art

Love and loss: Rembrandt's portraits at the National Gallery – video 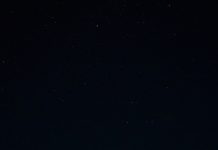 Significant art emerged from traumas of the past—will the pandemic prove different?