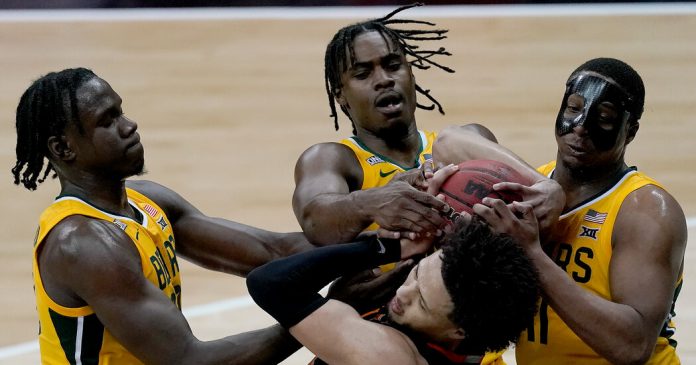 In spite of a loss to Oklahoma State on Friday night, Baylor could find itself in a fight for the title as it leans on three starting guards: Jared Butler, MaCio Teague and Davion Mitchell.

Baylor had the best start in program history, with 18 consecutive victories, and won the Big 12 regular-season title for the first time. The last time the Bears clinched a conference title was in 1950 as a co-champion and in 1948 as the outright winner. Baylor’s proficiency — it led the league in 3-point shooting this season — could help reverse its struggles of late.

The team has lost just two of its 24 games this season, but dealt with a long recovery from the three weeks it spent on pause in February because of coronavirus protocols. In the Bears’ first game back, they barely beat Iowa State, which ranked 10th in the Big 12, and they absorbed their first loss in the next game, against Kansas.

Similar issues surfaced during the Big 12 tournament. Baylor made a season-high 21 turnovers in a win against Kansas State on Thursday, then lost after a back-and-forth second half against Oklahoma State on Friday, 83-74, failing to reach the tournament’s title game.

Before the pause in February, Baylor’s defense was one of the strongest in the nation. Since then, even Mitchell, the Big 12’s defensive player of the year, could not prevent his team from allowing opponents good shots, which allowed Cade Cunningham to nail back-to-back 3s and Oklahoma State to make a 13-2 run to close out the win.

“We came here with the mind-set we were already champions of the Big 12,” Baylor guard Mark Vital said after the game. “We have to change our mind-set to get back to being hungry. Now that we’ve been thrown, we have a chip on our shoulder.”

A return to early-season energy could mean that Baylor finally meets Gonzaga in the final, making up for a game in Indianapolis that was canceled in December because of positive virus tests within Gonzaga’s program. — GILLIAN R. BRASSIL

Villanova, which won the 2016 and 2018 national championships, did not expect to find itself in this position at the start of March.

The Wildcats clinched the Big East Conference regular-season title with a win over Creighton, but learned after the game that their star point guard, Collin Gillespie, who averaged 14 points and 4.6 assists, had torn a ligament in his left knee and could no longer play this season.

“He is the heart and soul of our program,” Coach Jay Wright said in statement after Gillespie’s injury was announced. “We know we can’t replace him.”

Then Justin Moore, one of Villanova’s most reliable scorers, sprained an ankle in the first half of the next game, a loss to Providence in the regular-season finale. Villanova promptly lost to Georgetown in the Big East tournament, and even though he scored 10 points in 27 minutes, Moore did not practice the next day, according to a spokesman for the team.

The 72-71 upset by Georgetown ended Villanova’s chance to extend its reign at the Big East tournament. It had won each title since 2017. — GILLIAN R. BRASSIL

The Gators will make their fourth consecutive tournament appearance, but Florida will be without the on-court presence of a player it figured would be a star throughout this season.

Keyontae Johnson, a junior forward who was voted the Southeastern Conference’s preseason player of the year, has not played since December, when he collapsed during a game at Florida State. A swirl of speculation about his health followed, but the Johnson family said in a statement last month that the “medical emergency was not related to or a result of a previous or current Covid diagnosis.”

But until Johnson’s family spoke, his collapse had prompted conversation and speculation around the college sports world about how the virus might endanger athletes.

Johnson hopes to begin basketball activities this summer but has lately been working with the team as a scout.

“In the past, we’d had some guys, some instances, where players got hurt and mentally kind of went away, got disengaged,” Johnson told the Gators’ website. “I wanted to learn from that and stay engaged. This was the best way I could also learn while not playing and still study guys, study teams, study plays. I like it.” — ALAN BLINDER

Coach Roy Williams of North Carolina spent most of the 2019-20 season frustrated as the Tar Heels wheezed to a 14-19 record. “I tried every superstition this year, and I got my tail kicked every time,” he recalled in an interview last March.

U.N.C. has looked at least a little more like itself this season and will start the tournament with an 18-10 record, including two victories over its archrival, Duke. Last week, during the Atlantic Coast Conference tournament, North Carolina beat Notre Dame by 42 points, the second-biggest margin of victory in A.C.C. tournament history. Armando Bacot, the most accurate shooter in the A.C.C., had 20 points and 13 rebounds that night.

And U.N.C.’s defense has shown flashes of brilliance, leading the conference in rebounds during the regular season. — ALAN BLINDER

Hello, Hokies. We haven’t seen you much lately.

Virginia Tech enters the tournament having played just three games since a win on Feb. 6 at Miami. After that win, conference officials canceled five Virginia Tech games because of virus-related issues, leaving the Hokies with few chances to show off their leading scorer, Keve Aluma, or a rebounding defense that was among the league’s best this season. — ALAN BLINDER

All of the South’s Matchups 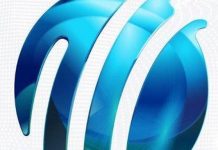 WTC final to go ahead as planned: ICC after Britain adds India to travel ‘red list’ 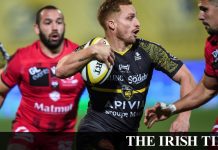 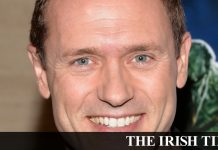 My Sporting Passion: Rugby has given me more than I ever put into it 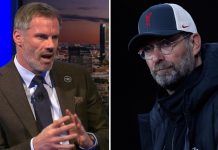 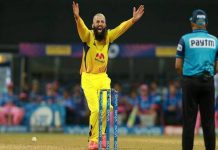 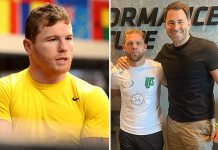 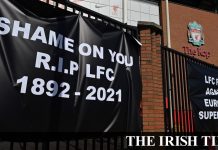