Baseball Is Returning to the Olympics, With or Without the U.S.


Baseball is known as America’s national pastime. The sport has long been a cultural touchstone in the United States, serving as a marker of seasons and influencing the national vocabulary. The largest professional baseball organization in the world, Major League Baseball, is based here. Many of the best players in the world hail from the United States.

After the sport was voted out of the Olympics by the International Olympic Committee in 2005, with criticisms that it wasn’t global enough and that its best players didn’t participate in the Summer Games, baseball is returning to the Games — temporarily — thanks to the host country Japan’s fervent love of the game.

Two other baseball hotbeds, South Korea and Mexico, have already qualified to compete against Japan in the Olympics. So has Israel, where the sport is slowly growing. And the United States? The team has yet to earn a berth, and has just two opportunities left, beginning with the Americas Qualifier, an eight-team tournament in Florida that starts on Monday.

“It is important for the United States to be in the Olympics,” said Tony Reagins, M.L.B.’s chief development officer, who has a hand in helping U.S.A. Baseball build the Olympic roster. “We believe we have the best players in the world, so we’ve got to go out and compete.”

How the United States arrived at this point, less than two months from the start of the Olympics without a guaranteed spot despite being ranked No. 2 in the world, underscores the many competing interests involved.

First and foremost, M.L.B.’s season has always conflicted with the Summer Games. The opening round of baseball at the Tokyo Olympics is slated for July 28, during the heart of the M.L.B. season. And unlike other notable professional baseball leagues (such as those in Japan or South Korea) or those in other sports (the N.B.A., the W.N.B.A. and the N.H.L.), M.L.B. doesn’t halt or adjust its season for the Olympics.

In addition, active M.L.B. players cannot compete in the Olympics, which international sports officials raised concerns about as they discussed eliminating baseball in 2005.

“It is such a travesty to me — I’m not saying this as disrespect to minor-leaguers — the 2020 Olympics are in Tokyo, and you’re not sending big-league guys?” Philadelphia Phillies outfielder Bryce Harper said on a podcast last year. “Are you kidding me? You want to grow the game as much as possible, and you’re not going to let us play in the Olympics because you don’t want to cut out on money for a two-week period?”

There was some progress in March 2020, when the global governing body for the sport, the World Baseball Softball Confederation, announced that it had reached an agreement with M.L.B. and the M.L.B. players’ union that would allow players on 40-man rosters, but not those on the active 26-man roster, to participate in the Olympics and the qualifiers.

But the coronavirus pandemic suspended the 2020 season, and the agreement allowing players on 40-man rosters to participate lapsed because M.L.B. clubs need more reserve players in the event of virus outbreaks.

“I respect and I can understand the needs of the professional” leagues, Riccardo Fraccari, the president of the W.B.S.C., said in a video interview. “But in my opinion, there is space for everybody. And if we’re able to cooperate both in a good way, we can have the professionals developing good baseball, and we can for sure achieve the goal to be a really big sport.”

The rules certainly hamper the United States roster because it cannot feature American stars like Mike Trout, Jacob deGrom or Mookie Betts. But neither can Japan with Shohei Ohtani or Yu Darvish, nor the Dominican Republic with Fernando Tatis Jr. or Juan Soto, because they are all also M.L.B. players. The difference is, though, that professional leagues in Japan and South Korea, for example, take time off to allow the top players there to play in the Olympics.

“There’s clearly a disadvantage to the U.S. and other countries that are using major league organizational players,” said Sandy Alderson, the president of the Mets, who in his previous role with M.L.B.’s central office had lobbied to keep baseball in the Olympics.

Fraccari said he had never asked M.L.B. to pause its season but simply to allow the use some of its best players, perhaps for one week — not unlike the annual All-Star Week in July — but only once every four years.

M.L.B. and its players, though, are already invested in another international event every four years: the World Baseball Classic, which started in 2006, on the heels of the sport’s being booted from the Olympics. The W.B.C. schedule is easier to accommodate — it is held during M.L.B. spring training — and more major league players participate.

“I can’t imagine a situation where we would take the kind of break that would be necessary to have our best players in the Olympics,” Rob Manfred, M.L.B.’s commissioner, said in 2017. “As a result of that, we feel the W.B.C. is crucial as a substitute, a premier international tournament that allows our players to play for their countries.”

But for many, nothing can match the global appeal of the Games, the funding that comes with being an official Olympic sport and the allure of winning a gold medal.

For the 2000 Olympics, Alderson helped construct a U.S. roster that had a mix of veterans near the pinnacles of their careers, like catcher Pat Borders and outfielder Ernie Young, and up-and-coming prospects, such as first baseman Doug Mientkiewicz and pitchers Roy Oswalt and Ben Sheets. The Hall of Fame manager Tommy Lasorda led the squad.

In the final, known as the Miracle on Grass, the United States upset powerhouse Cuba, winner of the two previous gold medals, an achievement Alderson has said ranked as high as winning a World Series in 1989 as the general manager of the Oakland Athletics.

“It was an incredible experience, from the qualifier to winning the gold medal in Sydney,” Alderson said last year, adding later, “For a lot of the players who participated in that Olympics, it was the highlight of their career, because not many of them went on to be great major league players.”

Alderson has pondered several ideas for getting more participation from major leaguers. He has suggested playing the qualifying tournaments in M.L.B.’s off-season and condensing the Olympic Games to a week. Another idea: If major league players weren’t used, then the season could at least be paused for one day as a good-will gesture during the gold medal game so that the baseball world’s attention could focus on the Olympics.

“If we’re not going to send the best players, then let it be their day,” he said.

In building the U.S. player pool for the Americas Qualifier, Reagins said, challenges included players’ availability being affected by the pandemic, along with the volatility of not knowing if a player would be called up to the majors. Clubs also put various limitations, such as pitch counts, on their prospects.

Although others said there was some reluctance to loan prospects in the past, Reagins said M.L.B. clubs had been “very supportive,” as had the commissioner’s office. (Manfred said M.L.B. was excited when baseball and softball were announced as sports for the Tokyo Games.)

“Obviously the timing is not ideal for major league players, but we feel we put together really strong clubs that could compete for gold,” said Reagins, a former Los Angeles Angels general manager, who recommended that Mike Scioscia, the former Angels manager, be hired to lead Team U.S.A.

On Monday night, Scioscia will lead the United States against Nicaragua in Port St. Lucie. Over the following two days, the United States will also play two baseball strongholds: the Dominican Republic, whose roster includes the former All-Stars Jose Bautista and Melky Cabrera and the top outfield prospect Julio Rodriguez of the Seattle Mariners, and Puerto Rico.

Team U.S.A.’s roster has the most major-league experience in the tournament, with past All-Stars such as third baseman Todd Frazier, pitcher David Robertson and outfielder Matt Kemp — all in their mid-30s and unemployed. Among the prospects on the squad: pitchers Simeon Woods Richardson, 20, and Matthew Liberatore, 21.

The top national club to emerge from the tournament will earn an Olympic berth. The second- and third-place teams will advance to the final qualifier, originally scheduled for mid-June in Taiwan but recently shifted to Mexico because of rising virus cases and travel restrictions.

Baseball will be absent again at the 2024 Summer Games in Paris before its expected return in 2028 in Los Angeles. Perhaps M.L.B. and its players will want to play then, which could send a message that they want baseball as a permanent Olympic sport. But not having the United States in Tokyo this summer, when its national pastime is back for the first time since 2008, might undermine that mission.

“I can’t even fathom that our game is not represented in the Olympics,” the former star Yankees second baseman Willie Randolph, who has been a coach for the national team, said last year. “That, to me, would be — I’m sorry — embarrassing.”

Why Yadier Molina Plans to Manage in Venezuela After Retirement

Ron Necciai, Who Struck Out 27, Is Still a Little Bit Famous 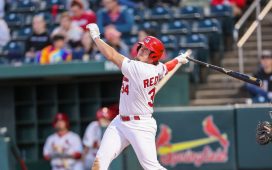 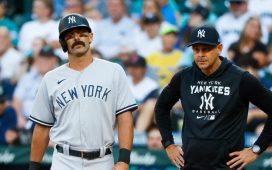 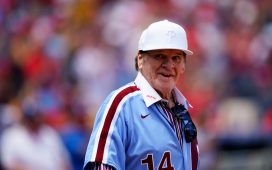 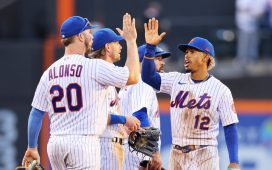 Yankees Show Flaws and Get a First Look at Frankie Montas

In ‘A League of Their Own,’ Abbi Jacobson Makes the Team