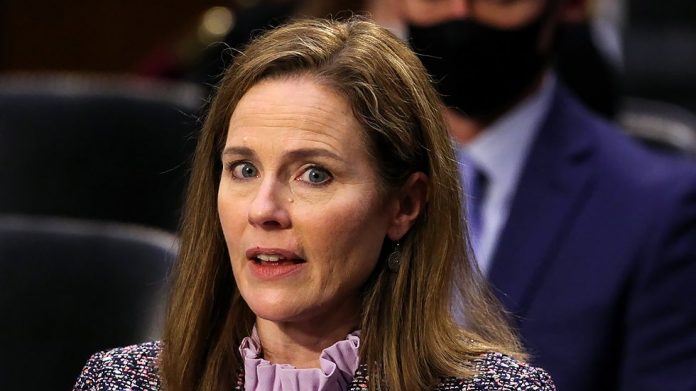 Amy Coney BarrettLike Scalia, Amy Coney Barrett shares an ‘originalist’ view on Second Amendment Senators dial down rhetoric at Barrett hearing after 2018 Kavanaugh brawl Twitter reacts to Barrett misspeaking about approaching cases with an ‘open wine’: ‘Me too, girl’ MORE declined to say whether she believes climate change is an ongoing threat during her confirmation hearing, instead calling it a “contentious matter of public debate.”

Kamala HarrisHarris raises alarm on abortion rights while grilling Barrett Trump hits Biden on fracking in appeal to Pennsylvania voters Kamala Harris and the stereotypes we place on Black women MORE (D-Calif.) contrasted Barrett’s view on climate change with the nominee’s views on coronavirus and smoking during a line of questioning.

“Do you accept that COVID-19 is infectious?” asked Harris, who is running for vice president.

“Yes, I do accept COVID-19 is infectious…it’s an obvious fact,” said Barrett.

“Do you accept that smoking causes cancer?”

“I’m not sure exactly where you’re going with this,” Barrett told Harris, but added, “Yes, every package that cigarettes warns that smoking causes cancer.”

“And do you believe that climate change is happening and is threatening the air we breathe and the water we drink?” Harris replied.

“Thank you Judge Barrett,” Harris said. “You’ve made your point clear that you believe it’s a debatable point.”

The vast majority of scientists believe that climate change is occurring and is largely human-caused. Many serious concerns have been raised about its impacts on sea level rise and links to extreme weather.

During the exchange, Harris also asked Barrett whether she would defer to scientists if a case requires her to consider scientific evidence.

“If a case comes before me involving environmental regulation I will certainly apply all applicable law, deferring when the law requires me to. And as I’m sure you know, Senator Harris, the Administrative Procedure Act does require courts to defer to agency fact-finding and to agency regulations when they’re supported by substantial evidence,” the judge said.

“So yes, I would apply that law and defer when the law requires me to defer,” she added.

The climate comments follow a similar statement by Barrett from Tuesday in which she said she doesn’t have “firm views” on climate change.

Earlier Wednesday, Barrett also said she didn’t want to “opine” on what causes climate change and said her beliefs wouldn’t be relevant to a position on the court.

“I don’t think that my views on global warming or climate change are relevant to the job I would do as a judge nor do I feel like I have views that are informed enough, and I haven’t studied scientific data. I’m not really in a position to offer any kind of informed opinion,” she said. 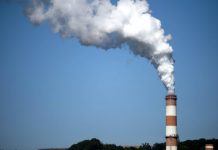 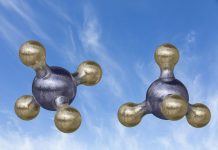 As Feds Step Back, New Mexico Steps Up With Tough Methane Rule 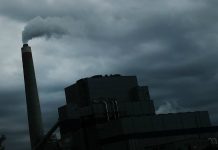 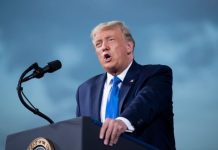 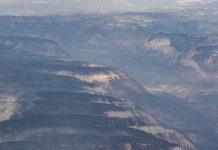 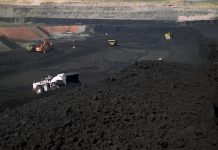 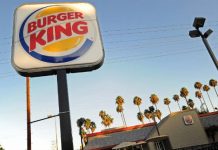 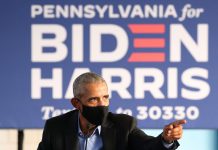 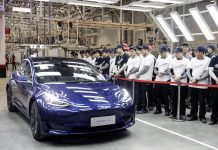