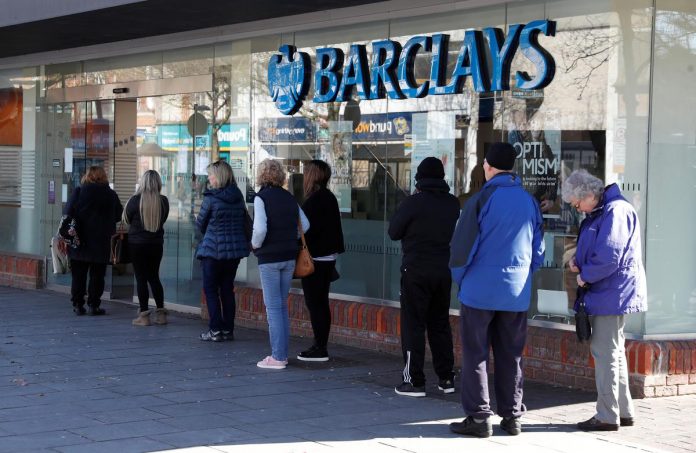 LONDON (Reuters) – Barclays (BARC.L) drew cautious investor support on Monday for setting itself an ambition to reach ‘net zero’ for its own carbon emissions and the activities it finances by 2050.

Investors, politicians and activists are increasingly turning their focus to the role of the banking system in helping accelerate the transition to a low-carbon economy.

“We wanted to see leadership from Barclays on this critical issue and their proposed ambition is a significant first step,” said Diandra Soobiah, Head of Responsible Investment at NEST.

A group of investors plans to file a resolution at the British bank’s AGM calling on it to phase out lending to the fossil fuel sector, a move which has prompted Barclays to come up with its own resolution.

The bank said this would commit it to aligning its financing activities with the goals and timelines of the Paris Agreement on climate and provide targets to judge its progress and report on them regularly, starting in 2021.

Barclays said it would also continue to engage with ShareAction and other investors behind the resolution as it develops the strategy and expected them to back its move.

It did not comment on whether it recommended backing ShareAction’s resolution.

Voting for both would “cement the bank’s new high-level climate commitment while at the same time insisting on the near-term ambition needed to deliver the results everyone wants,” Wolfgang Kuhn, ShareAction’s Director of Finance Sector Strategies, said.

“A climate strategy cannot be considered complete without recognizing that transition necessarily means phase-out when it comes to fossil fuels, particularly the highest carbon fuels where Barclays has significant exposure,” he added.

However, Lankelly Chase, which co-filed the ShareAction resolution, said by proposing an ambition of becoming net zero rather than committing to it, Barclays was “asking permission to fall short of its own obligations”.