A Banksy mural in Nottingham has been removed and sold to an Essex art gallery, disappointing local people who had hoped it would stay in the city.

The artwork showing a girl hula-hooping with a bicycle tyre appeared on the side of a building in Rothesay Avenue in October and was claimed by Banksy via his Instagram page.

Brandler Galleries in Brentwood said it had bought the mural from the building’s owner for a six-figure sum and it had been removed by workers from a specialised company on Wednesday morning.

The gallery owner, John Brandler, has collected a number of Banksy’s pieces, including Season’s Greetings, which appeared on a garage in Port Talbot, Wales, in 2019.

Brandler said he planned to display the hula-hoop mural in an exhibition at Moyse’s Hall Museum in Bury St Edmunds, Suffolk, later this year.

The owner of the building on which the mural appeared, who has chosen to remain anonymous, told NottinghamshireLive they had not wanted to keep it. They said they had tried to donate it locally but “discussions with a number of local organisations, charities and national bodies” had not led anywhere as “none were able to commit to taking ownership of the art”.

They did not disclose how much the work had sold for but said they would donate the proceeds privately.

The mural was displayed next to a bicycle with a missing wheel, the original of which was removed by the owner of the building for safe-keeping and replaced.

Local residents expressed sadness that the mural, which attracted queues of people when it was first created, had been taken out of the city.

“I’m sad that the Banksy in Nottingham is not going to stay in Nottingham, it was put there for a reason,” one person tweeted. It has been suggested the piece was a reference to Nottingham’s history as a bicycle manufacturer, with the bike brand Raleigh established in the city in 1887.

“It was great for the city. It arrived in the midst of Covid when we were all going through a really terrible time, and there was just this brilliant moment of enjoyment, and joy and delight,” said Simon Bristow, of the Nottingham Project city rejuvenation board. “But now sadly it’s now in the hands of someone else.”

The project said it had previously contacted Banksy’s team to discuss the future of the artwork but had been instructed not to move it. Bristow said he hoped the work might make its way back to Nottingham one day, and hoped the incident would not stop the artist from returning to the city in future.

Last of the large trees: a day at the Errinundra forest blockade

Someone Close: the intimacy between photographers and subjects

The funeral of Captain Sir Tom Moore – in pictures 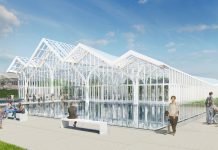 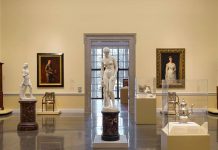 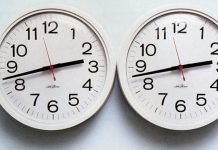 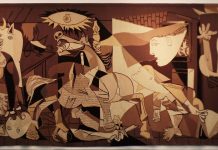 V&A to say goodbye to departments by material—woodwork, metalwork etc—and 20% of its curators