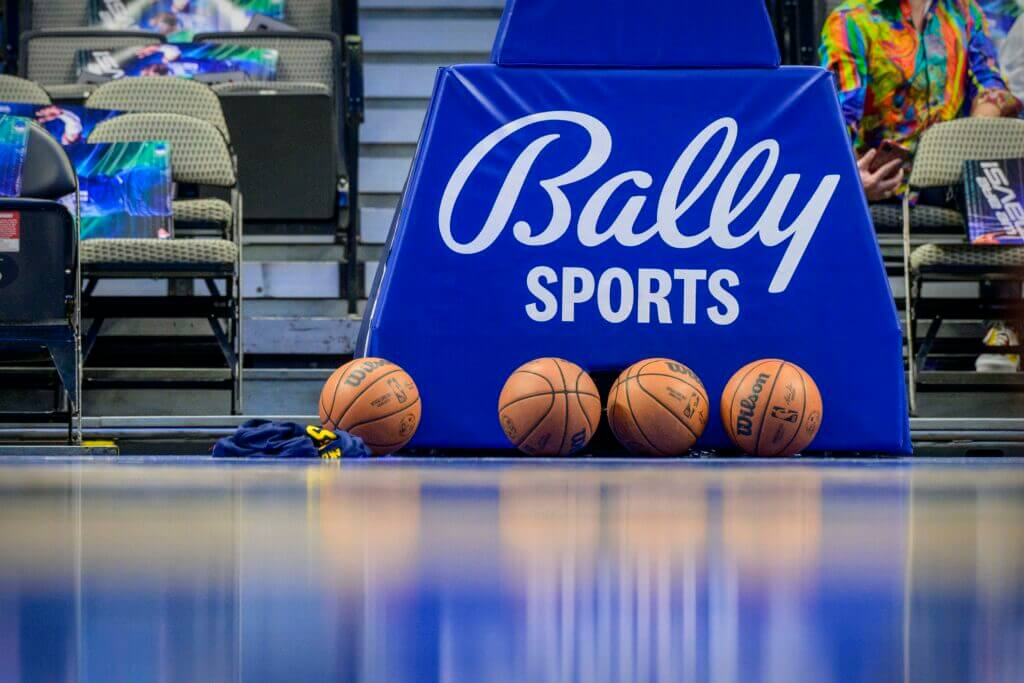 Ever since April, when Netflix reported its subscriber count declined for the first time in over a decade and sent its stock plummeting, the bloom has been coming off the streaming rose. Soon, investor attention focused not on Disney+’s ocean of subscriptions, but on its billion-dollar-plus loss. Last month, Comcast reported stalled subscriber growth at Peacock. Disney reported ESPN+ losses mounted.

So would the news on Thursday’s earnings call from Diamond Sports, which owns 21 regional sports channels under the Bally Sports brand fit this new narrative? Bally’s is new to the streaming game, but its entry has been talked about for years as it negotiated with the leagues and cable companies the right to offer an RSN (regional sports network) streaming platform.

Last month, Bally Sports+ launched its streaming service (direct-to-consumer in industry parlance) in five markets: Milwaukee, Miami, Tampa, Detroit and Kansas City. And the full launch is Sept. 26 with the start of the NBA and NHL seasons looming.

Well, just weeks after the five-market launch, Diamond told the earnings call that as of now, the most likely scenarios do not include case three, feeding into the new narrative that streaming will not consume traditional media, at least not anytime soon.

“So in terms of the number of teams that we have, that is tracking to case one currently, in terms of rights,” said Chris Ripley, CEO of Sinclair. “And everything we’ve seen so far gives us conviction around our long-term target of getting this product up to five to 10 million subs.”

That is of course a wide range, encompassing the low end of its case studies and a high figure between the case two and three studies. On the nadir of that range, the phrase “up to” holds out the possibility of missing the bottom tier model altogether.

What appears clear is that subscribers have not signed up in droves for the five streamed RSNs. Asked on the earnings call what the streaming figures were for the five Bally Sports+ markets, Sinclair’s Ripley declined to answer. And he did not commit to disclosing subscriber figures when the full launch occurs next month.

“If they are not telling you something, that means something,” said Patrick Crakes, a sports media consultant and former Fox sports executive. “If they had something good to tell you, they would.”

On the earnings call, Sinclair executives said subscriptions had exceeded expectations, and 70 percent of fans who signed up for a free week trial had converted to paid.

Bally Sports+ is priced at $19.99 per month and $189.99 per year. That is far higher than rates that streaming customers are accustomed to, but it more reflects the true cost of the product. Streaming apps have long been underpriced in a rush to build a customer base, not unlike the early years of ride-hailing apps like Uber.

The price also reflects the delicate dance Diamond had to perform to convince the cable operators the streaming service would not eat into their customer base, which is already declining because of cord cutting. A lower price could have convinced existing cable customers to cut the cord, while the higher price is set to attract largely those who don’t have pay TV.

Similarly, New England Sports Network’s streaming app, NESN 360, is priced at $29.99 a month and $329.99 a year to stream Red Sox games (asked during the call if there were any other streamed RSNs, Ripley mistakenly said no).

Diamond also has no deal with MLB for next year, meaning the full launch next month could revert in spring 2023 to a more modest package without a baseball signoff (the five teams currently on the streaming service were negotiated individually). Absent an MLB agreement, Diamond needs to pick off the teams one by one.

“Certainly all of our NHL and NBA teams will be launching in September, October when the full launch goes,” Ripley said. “And in terms of MLB, it’s tracking case one, which is rights are added as teams are renewed.” The 21 regional sports channels carry 14 NBA teams, 12 NHL teams and 16 MLB ones.

While this may all sound like a big negative for Diamond, there are some positives. First, it has its platform up and running, telling the earnings call there have been no technical hiccups.

Second, unless one bought into the mantra that streaming right away would replace linear television (linear basically means our traditional TV ecosystem), Sinclair is setting up Bally Sports+ as a supplement to its mainstream RSNs, not as a replacement.

“This is not a replacement for the established cable bundle, Ripley always knew that,” Crakes said. “They have moved the needle on perception.”

By that, he means having already moved off its optimistic case model, Sinclair is tamping down any expectations of massive subscriber growth for Bally Sports+. But if traditional TV falls harder than expected, Bally Sports+ is positioned to scoop up the customers.

On Bally’s traditional RSNs, TV ratings for baseball have been flat, Sinclair executives said, which they portrayed as positive in an era when entertainment ratings are declining (though sports TV ratings have generally been up this year, so their defense does not quite hold).

Asked about gambling, Ripley made two points. Unlike other channels, the RSNs are not seeing a drop-off in gambling ads. And the company is working on what he called “watch and bet” for Bally Sports+, suggesting viewers will be able to bet off the app.

“Currently we are hard at work at watch-and-bet products for both the NBA and NHL coming up,” he said. “And so hopefully we’ll have more information on that, as those products become more developed.” 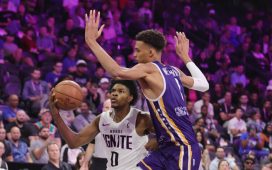 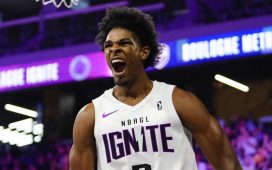 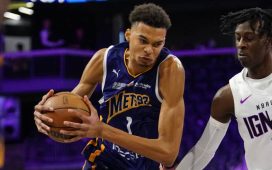 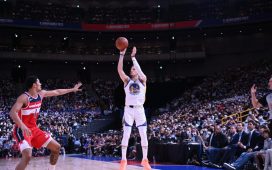 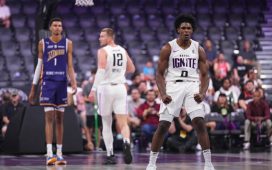 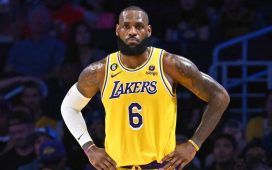