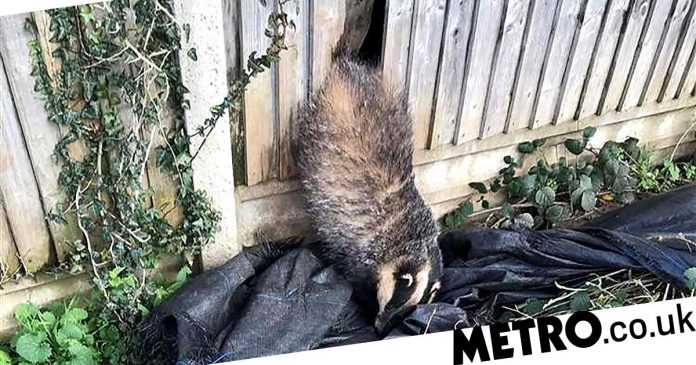 A badger had to be freed by the RSPCA after getting its bum wedged in a garden fence.

The stocky brock got tried to force its way between two panels but got stuck in someone’s garden in Ashford, Kent.

A concerned housecaller called the RSPCA for help and the charity managed to save the creature.

Fortunately the animal didn’t appear to be injured during its ordeal on November 12.

‘It looks as if he was trying to get from one garden to the next via the hole in the fence, but had misjudged the width of his backside.

‘He’d got himself into a position where his front-end and legs were off the ground, so he didn’t have any traction to pull himself out.

‘He hadn’t sustained any injuries from his ordeal, so it was a simple job to widen the hole.

‘He shot off straight away and is hopefully now back in his sett with his family.’

The RSPCA said it expects to rescue thousands of animals this winter, and has launched a Christmas appeal to enable inspectors to continue their work. 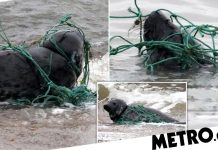 The surprises of color evolution 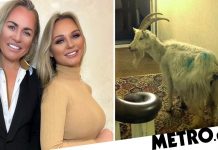 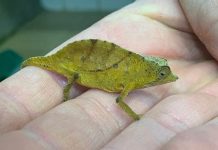 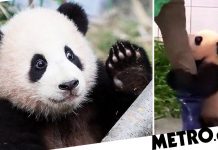 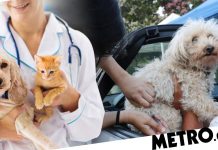 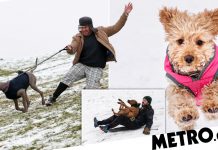 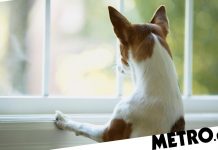