The most anticipated 3-year-old race on the West Coast to date this year takes place next Saturday, March 7 at Santa Anita Park—the San Felipe Stakes.

But the San Felipe will take center stage. Such is the case with sophomore Triple Crown hopefuls prepping one month before the $1 million, Grade I Santa Anita Derby on April 7 and two months before the Run for the Roses.

“Authentic has been working unbelievably,” said Gary Young, a colorful and candid cynosure among private clockers for just over four decades who is also bloodstock agent. “The horse has already shown he can get two turns and he might be talented enough to get a mile and a quarter (distance of the Kentucky Derby), although I don’t know if he’s a natural mile and a quarter horse, but he just might be that talented.

“Thousand Words is a tough read because he won the Lewis off very ordinary works. Baffert said you can’t pay too much attention to them because he trains like Silver Charm (who missed sweeping the 1997 Triple Crown when upset by Touch Gold in the Belmont).”

Baffert’s other Triple Crown hopefuls likely will make their next starts elsewhere. They include Charlatan, who earned a 105 Beyer off an eye-catching six furlong debut victory; San Vicente winner Nadal; and American Pharoah winner Eight Rings.

“Charlatan’s works from the gate before he started were super,” Young said, “but his works from the pole were very average. Obviously, he ran to his gate works. He’s very talented but might be a one-turn horse.

“Aron Wellman (one of Young’s clients) and I were the under-bidders on Nadal at the sales. He’s a very good horse, and this sounds kind of ridiculous, but I’m not sure how far he wants to run.

“Just to look at him and not know his pedigree (sired by Blame) you’d think he’s a one-turn horse, and ironically, Blame has been a very hit-or-miss stallion throughout his stud career, but some of his better progeny, including his biggest money earner, Marley’s Freedom, have been one-turn horses, and there’s absolutely no rhyme or reason for that.

“But that’s a perfect example of why breeding is one of the world’s most imperfect sciences. I’m not sure how far Eight Rings wants to run, either.”

While the outspoken and forthcoming native of Joliet, Illinois has made his living clocking in addition to buying and selling horses and is wise in his ways, Young is impervious when it comes to clicking his stopwatch in the mornings.

“If all horses ran according to how they worked,” he said, “I’d be in Hawaii playing golf every day.” 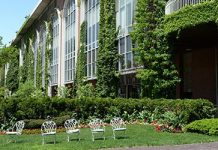