Keith Pitt, the resources minister, was just interviewed by ABC radio RN, where he spoke about Australia’s glorious coal future.

He also said one of the quiet things out loud, as Murph as been reporting for months – that the Nationals would need to come on board for net zero by 2050. He says they haven’t been asked as yet.

The Australian Human Rights Commission has a new report by the sex discrimination commissioner Kate Jenkins out today (Jenkins has just handed down a report on the parliamentary complaint process and is working on one about parliamentary culture).

This report focuses on Australia’s corporate culture and board rooms.

“Equality Across the Board provides insights into how Australian companies currently collect and use data relating to sexual harassment, and how that information is reported internally and externally.

“Workplace sexual harassment causes immense social and economic harm, with the annual cost to the Australian economy estimated to be $3.8 billion in 2018,” Commissioner Jenkins said.

“I welcome ACSI’s initiative in commissioning this survey and report, and their recognition of the critical role that ASX200 boards and executive management have in preventing and responding to workplace sexual harassment.

“The report’s recommendations offer a blueprint for Australia’s largest corporations to reduce the prevalence of sexual harassment in their workplaces and build safer, more equal workplaces for all.”

Welcome to Thursday. It’s always the worst day of the week and this Thursday has the potential to be worse than usual. After all, Michael McCormack is still acting prime minister.

Labor has been playing ‘how much does Michael McCormack not know’ all week, which has taken us all places. Including learning the acting prime minister would like to rehome the mice plague to inner city apartments where they can nibble the feet of Peta supporters and scratch their children. I’m not sure how the inner city hurt the acting prime minister, but he sure carries a grudge.

Meanwhile, NSW Health listed more exposure sites overnight after a household contact of a man who tested positive for Covid also tested positive. You can add North Ryde, Redfern, Vaucluse and Zetland in the inner east, between Friday June 11 and Tuesday June 1 to the list.

The original case works as a driver for international flight crews. Authorities are still tracing back how he became infected. We’ll bring you those updates as soon as we have them.

Melbourne will further ease its restrictions from 11.59pm but authorities there have warned there is a chance of cases still circulating in the community.

Meanwhile, the government surprised Labor last night by bringing on its superannuation bills and it looks like getting that through today with both One Nation and Centre Alliance looking like they are on board. Murray Watt was particularly incensed by an amendment Pauline Hanson included, which he says would give her a financial boost.

Hanson’s senate term is up for renewal at the next election. There’s speculation about whether or not she’d sit in the senate for the full six years if she won.

We’ll bring you all the day’s events as they happen. We don’t have Mike Bowers as he’s still on assignment, but thankfully we will get him back next week. You do have Katharine Murphy, Sarah Martin and Paul Karp in Canberra (and Amy Remeikis on the blog) and the entire Guardian team at your disposal. I surprised myself yesterday by making it a five coffee day. Today, we might need it to be even stronger.

Let’s get into it. 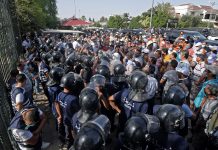 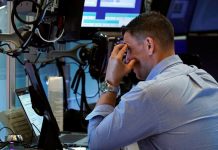 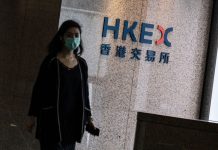 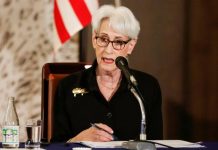 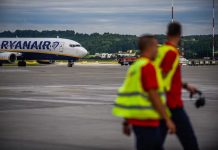 U.S.-China meeting off to a tense start as Beijing official says relations are in a 'stalemate'

Suleimani successor fails to convince at ‘baptism of fire’ summit