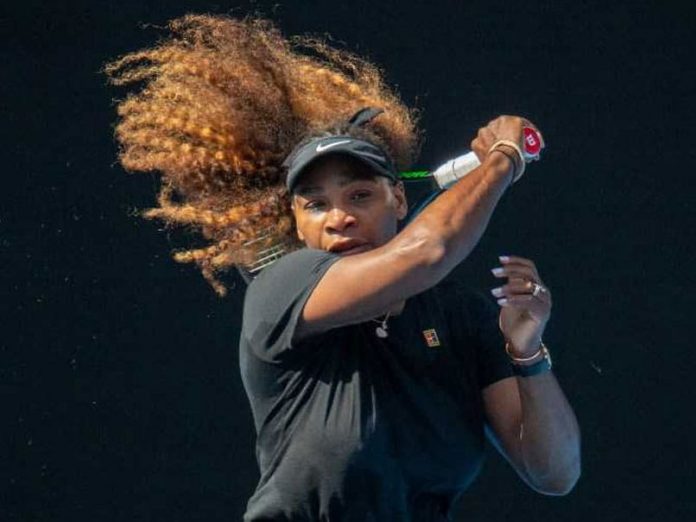 Serena Williams has been handed a challenging draw in her quest for a record-equalling 24th Grand Slam title at the Australian Open, starting with Germany’s Tatjana Maria in the first round. The American, seeded 16, is gunning to match Margaret Court’s record of singles majors and claim an eighth Australian Open crown. But Serena Williams is in a tough half of the draw and could meet world number one Simona Halep in round four, and if she gets through that Karolina Pliskova in the last eight. Before those potential ties, either Chinese wildcard Peng Shui or Canadian Eugenie Bouchard would await Williams in the second round.

Halep, who enters the tournament having played just one game in four months after a back injury, was handed a chance to avenge Estonia’s Kaia Kanepi, who beat her in the first round of the US Open in August.

If she comes through that dangerous opening showdown, she could meet Venus Williams in round three.

Defending champion and third seed Caroline Wozniacki starts against Alison Van Uytvanck of Belgium and could meet 2008 champion Maria Sharapova in round three.

“Coming back as defending champion, it’s something I always dreamed of. I feel at home here. These courts are suited for me. I’m enjoying every minute,” said the Dane at Thursday’s draw, while paying tribute to Williams.

“Serena is the greatest player to have played the game. Her experiences have been a learning experience for me. It’s be fun though as well. She has a baby now! It’s amazing being back on tour so soon.”

The 2016 winner Angelique Kerber, seeded two, begins her campaign against Slovenia’s Polona Hercog and could meet fifth seed Wozniacki in the semis.

Japan’s Naomi Osaka, the US Open champion, kicks off her tournament against Poland’s Magda Linette and is in line to meet Australia’s Daria Gavrilova round two.