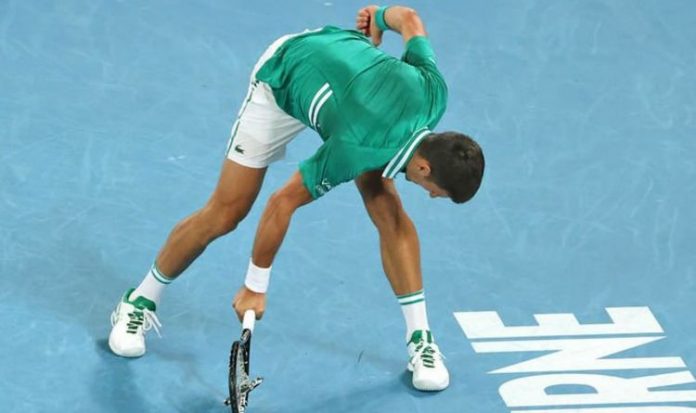 Novak Djokovic has apologised for smashing a racket in his Australian Open win over Alexander Zverev on Tuesday. The Serb battled his way past the German in four sets. However, he cut a frustrated figure throughout the showdown and, at one point, let his temper get the better of him.

However, he then bounced back to win the next three and book his place in the semi-finals of the Australian Open for a ninth time.

At one point in the match, trailing 3-1 at the time in the third set, Djokovic let his anger get the better of him and smashed a racket to pieces.

He received a warning for his actions but, afterwards, bounced back to emerge victorious.

And Djokovic, speaking after the match in his press conference, explained smashing the racket by saying: “It was a relief for me, but I wouldn’t recommend this kind of relief channeling.

“But you go through a lot of different emotions and inner battles and everyone is different.

“My own demons that I have to fight with, and I’m sure everybody else has this too.

“Everyone has their own way of dealing with that. To me it happens, today it actually helped.

“Even though I had alost hour of a warm-up hit before the match, it still felt it was going to take some time to warm-up and feel I could rotate in the right way.

“I was lucky to get that break in the tenth game when he was serving for the fist tem.

“It was a close tiebreak. After that I felt I started moving better, playing better. I served extremely well. Down to the very last shot, it was anybody’s game, anybody’s match.

“A lot of nerves out there. A lot of pressure. Emotionally I feel a little bit drained. It was a great battle. Congratulations to Sascha. We pushed each other to the limit.”

Djokovic fans reacted to the racket smashing incident on Twitter, with one saying: “Djokovic broke his racket, cringe. #AusOpen”

Another posted: “Not sure smashing your racket on the floor like that would help a side injury?!”

A third said: “Djokovic looks so disinterested sometimes from his looks and then breaks the racket all of a sudden.”

And a fourth tweeted: “Djokovic smashing his racket into the court because he’s losing is quality TV.”

Sania and Klepac in semifinals

Myneni gets the better of Eqbal 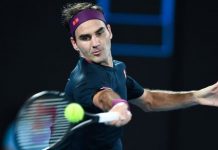 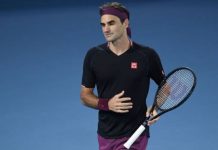 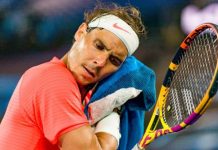 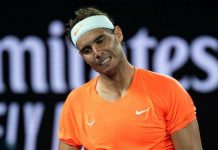 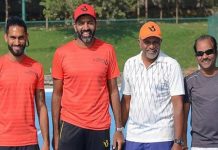 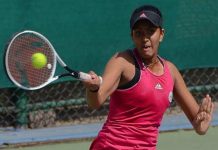