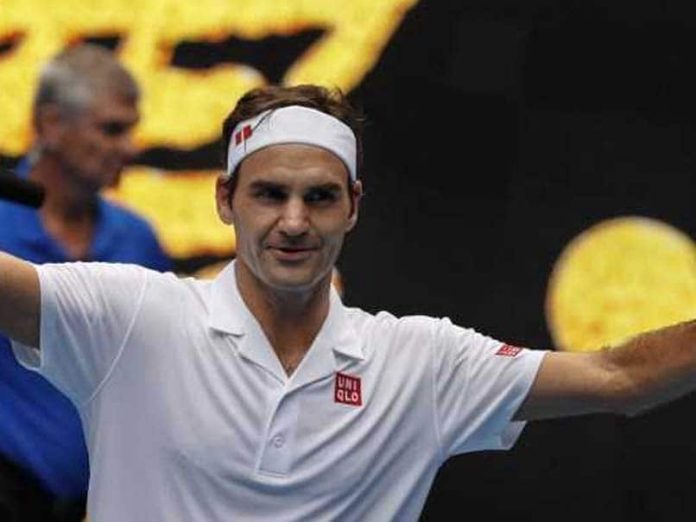 Federer might be 37 but he’s not showing his age, with British qualifier Dan Evans the latest to fall under his spell as he works towards a third successive Australian crown and a 21st major victory.

“I think if I could have pulled away earlier in the match it might have been easier,” said the third seed. “I think he played very well, it was hard to pull away to his credit.”

The Swiss star’s Australian achievements so far put him on a par with other six-time winners Novak Djokovic and Roy Emerson – although the Australian great’s victories all came before the Open era.

He next plays either France’s Gael Monfils or American Taylor Fritz.

If he goes on to win the tournament, he will become the first man ever to claim seven or more titles at two Grand Slams, having already won eight Wimbledon titles.

The Spaniard is bidding for his own slice of history by becoming the first man in the Open era, and only the third in history along with Emerson and Rod Laver, to win each Grand Slam on two or more occasions.

The fifth seed struggled with an elbow injury early in the clash and couldn’t cope with the 20-year-old power and finesse.

World number 39 Tiafoe, who equalled his best ever Grand Slam result, next plays veteran Italian Andreas Seppi and said he was ecstatic.

“It’s all about competing, how bad you want it and I want it real bad,” he said, fresh from playing the mixed teams Hopman Cup in Perth with Serena Williams.

Sixth seed Marin Cilic, who lost in the final to Federer last year, had no such dramas, grinding past American Mackenzie McDonald in four sets.

Dane Wozniacki, who is battling rheumatoid arthritis, steamrolled past Sweden’s Johanna Larsson 6-1, 6-3 as she bids to become the first woman to defend the title since Victoria Azarenka in 2013.

It set up a potential glamour clash with Maria Sharapova, who plays later.

“I thought I started pretty well, started aggressively, but she started making fewer errors and I was just trying to stay consistent,” Wozniacki said.

It kept her on a collision course with world number two Angelique Kerber in the quarter-finals.