Australian players celebrate with the trophy after winning the Hockey World Cup final in The Hague in 2014.
| Photo Credit: AP

The Netherlands played World Cup host for a record third time but were not third time lucky, losing to defending champion Australia in an embarrassing one-sided 6-1 defeat in the final. It was the biggest defeat for the Dutch in the competition and firmly established Australia as the best team in the world and extended its position at the top even though the Olympic gold continued to elude it.

It also confirmed Ric Charlesworth as coach extraordinaire. The team’s performance — an incredible 30 goals scored conceding only three — despite not having the tournament’s top-scorer in its ranks proved its collective might.

The Dutch had a tougher route to the final, struggling past a fighting England by a lone goal.

India’s struggles continued, winning and drawing a game each — against Malaysia and Spain respectively — to finish ninth with a 3-0 win against South Korea.

Bhubaneswar firmly established itself as the hockey capital as India joined the Netherlands as a three-time host and Belgium announced its arrival with a bang, winning its maiden title in style, defeating three-time champion the Netherlands on penalties in a crackling final to add to its growing stature in world hockey in the tournament that expanded again to 16 teams after the 2006 edition. 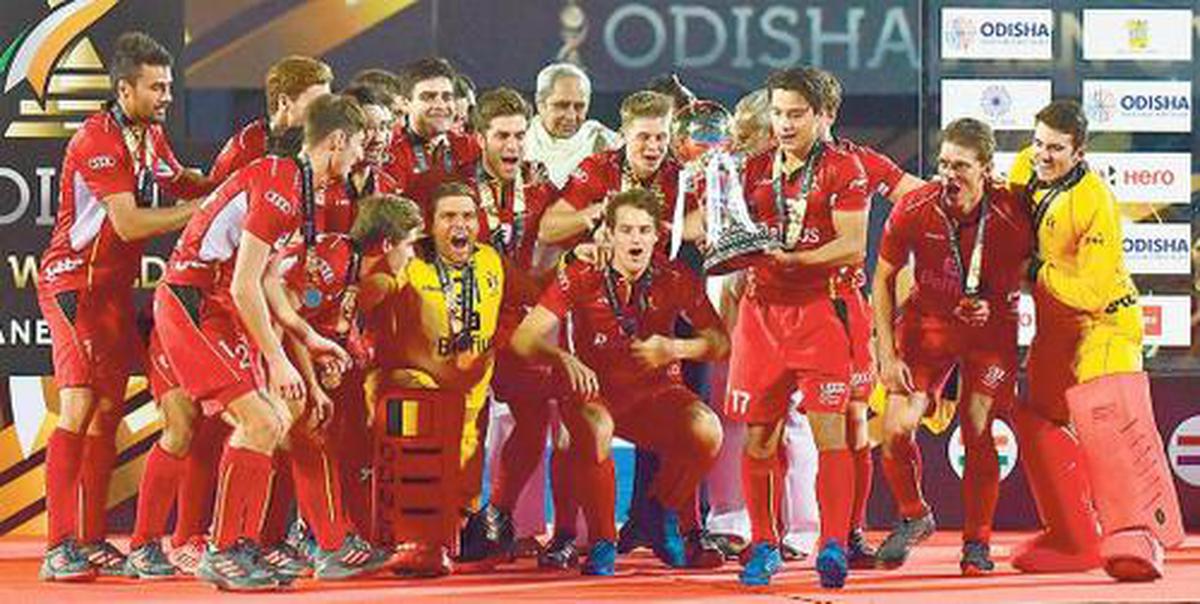 That it was ranked third in the world and managed to reach the 2016 Olympics final despite its previous World Cup best being fifth four years ago only added to its fairytale appeal, burnished by the fact that this was Belgium’s first title at any major event.

The changed format of the competition of four groups of four each saw India topping its group, bettering Belgium’s goal difference before faltering against the Netherlands in the quarterfinals to finish sixth.