An Australian publisher is set to release the latest work from one of China’s most popular writers, Murong Xuecun, a book that forced him to flee his homeland.

AAP reports that Murong travelled to Wuhan in April 2020 and went undercover to pen a firsthand account of life in the locked-down city as the Covid-19 pandemic unfolded.

“Wuhan was like a large ship sinking into the deep sea … few knew how people in Wuhan lived and died,” Murong has said.

The author stayed in the city for almost three months before threatening phone calls prompted him to flee, and finish his manuscript hiding in the remote mountains of Sichuan province.

Deadly Quiet City: Stories from Wuhan, Covid Ground Zero is billed by publisher Hardie Grant as a picture of despair and resistance, and of a regime determined to avoid responsibility.

Realising he could not remain in China if his Wuhan account was ever published, Murong escaped his homeland for London late last year, carrying only a bag and a laptop.

Academic Clive Hamilton, who edited the book and initially contacted Murong about the Wuhan outbreak, said he took some extraordinary risks.

“There was a nerve wracking day or so when he flew from Beijing … hour by hour we were watching his movements and praying that he would not be arrested,” he told AAP.

“There is a remarkable cohort of writers in China that have taken the enormous risk of trying to reveal the truth of what happened in Wuhan and more broadly in Chinese society,” he said.

“Most of them are now in jail or have disappeared.”

Murong has been censured by the Chinese Communist Party in the past – in 2013 for the content of his books, and in 2016 for his writing for the New York Times.

“The author said that if he got detained or stopped from leaving China or disappeared, then he still wanted the book to be published, and that just felt very daunting,” she told AAP.

But she felt a truthful account of events in Wuhan had to be told.

“In terms of free speech, as a publisher, that’s important,” she said.

Murong’s book includes the experiences of a doctor working on the Covid front lines, although he himself was sick.

“Medical decisions were being made by Communist Party officials whose concern was protecting the party and their own backsides, and overruling the doctors,” Hamilton said.

In 2018, Hardie Grant published Silent Invasion, Hamilton’s account of Chinese influence in Australia, after his long-time publisher Allen and Unwin backed out.

Then too, Hardie Grant decided to go ahead despite the risks.

Pinkham says publishing on China has generally been a success – and not only that, the books have come off Chinese printing presses.

“The books have been commercially successful, there is a broad audience that is looking for information that is researched from a credible source,” she said.

Murong’s books include Leave Me Alone: A Novel of Chengdu and Dancing Through Red Dust.

Deadly Quiet City will be released on March 11, with a launch slated for Adelaide Writers’ Week. 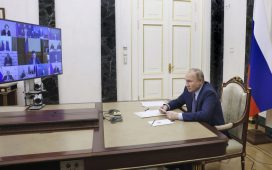 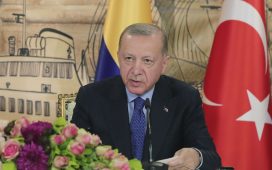 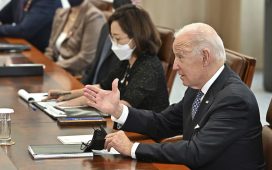 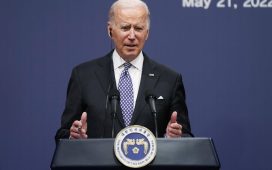