Albanese tacked on a day visit to Ukraine at the end of his European trip for the Nato summit, where he met the country’s president Volodymyr Zelenskiy and toured parts of the country devastated by Russia’s aggression.

The PM said in a statement following his trip:

Russia’s brutal invasion is a gross violation of international law. I saw first-hand the devastation and trauma it has inflicted on the people of Ukraine …

My visit to Kyiv and recent visits by other world leaders sends a clear message that democratic nations like Australia will stand side by side with the Ukrainian people in their time of need.

The Australian government had kept the trip under tight wraps for security purposes, with only a small pool of journalists allowed to travel with him to Ukraine, and a media blackout imposed on Australian media until he had left the country. However, international media and Ukrainian officials reported details of the trip earlier, ahead of Albanese’s office releasing a statement around 6.30am AEST on Monday.

Australia will impose new financial sanctions and travel bans on 16 further Russian ministers and oligarchs, as well as plan to will intervene at the international court of justice in support of Ukraine in its case against Russia.

The government will also allow duty-free access to Australia for Ukrainian imports, and prohibit the import of Russian gold.

I sincerely thank President Zelenskyy, the Armed Forces of Ukraine and the Australian Defence Force for ensuring the safety of my visit.

President Zelenskyy’s leadership has rallied the Ukrainian people to defend their country and inspired the world to support humanity and freedom. The road ahead is hard but I am confident Ukraine will prevail.

This picture of the Qantas check-in queue at Sydney Airport is enough to give me a panic attack.

Some data from Water NSW about dam levels and spillage, for those of you who hanker for hard numbers:

And further to that, here’s a bit more from Peter Hannam on dam capacity:

Murray Watt is asked about financial or other kinds of assistance for people who have been affected again and again by floods:

All I can do is assure people in those regions that the federal government will be supporting them. This is a terrible thing for anyone to have to go through just once, let alone four times in 18 months. So I’m not surprised to hear that people are at breaking point.

Obviously there has been assistance provided, whether it be payments or mental health support, after past disasters in the region and I’m sure that we will be very generous in our approach this time as well.

The process from here is that the NSW government needs to formally declare a disaster. We are expecting that will happen pretty soon and that will trigger a whole range of federal and state government support, everything from disaster payments to further counselling support. But as I say, I assure people that their pain is really felt at the federal and state levels and we will be standing with people as they seek to recover going forward.

Emergency services minister Murray Watt has been doing the rounds on the media this morning – he’s now on ABC News Breakfast. He’s talking about the federal government assistance that’s already been offered to New South Wales for the unfolding flood crisis, some of which we mentioned earlier:

What we have already done is approve two different deployments of ADF troops. So late on Friday night I approved two night-time helicopters from the ADF to be deployed and made available, especially for night-time operations. And also 100 troops. Some of them are actually involved yesterday in some of the evacuation activity, particularly around the Windsor area.

And then yesterday afternoon I approved an additional 100 troops at the request of the NSW government and they will become available from 8am today at 24 hours notice.

One other thing that we have also activated at the request of the NSW government is the European Union’s Copernicus emergency management system, the satellite system they use providing improved radar and visibility over the system as well.

The former commissioner of NSW Fire and Rescue, Greg Mullins, who is now at the Climate Council, spoke to the BBC overnight, with a stark summary of how climate crisis is affecting the frequency of natural disasters in Australia:

What is happening, big picture, is that climate change is intensifying both La Niñas, which lead to these big flood events, and El Niño, which is the opposite: we get droughts, heatwaves, and massive bushfires.

And the science is very clear: we’re seeing wild fluctuations between extreme La Niñas and extreme El Niños, but because of the warming effect of climate change, we don’t even need these events to have extreme weather any more. On the east coast of Australia, we’ve had four major floods, each of which have exceeded previous records, and it’s frightening.

NSW emergency services minister Steph Cooke has just spoken to channel Seven. She says areas of western Sydney along the Hawkesbury and the Nepean Valley remain the areas of most concern for authorities.

The emergency services organisations are working around the clock and the SES crews have put in over 10,000 hours since this event was established on Friday.

Cooke says the SES has enough resources to deal with the current emergency and are being supported by other emergency services and the military. She says an extra 100 Australian defence force members are due to come online to support the flood effort on Monday.

Meanwhile, SES deputy duty commander Ashley Sullivan said the river levels across the region will continue to rise, given the level of saturation and the continued rainfall.

These rivers are going to continue to rise for the next couple of days. We have seen significant rainfall in the last couple of days, with the level of saturation on the ground, these rivers have risen faster than predicted.

It seems not to have improved since the weekend …

My colleague Peter Hannam has been collating some flood and rainfall data over on Twitter.

The flood event is far from over. Up to 100mm rain could hit Sydney and the Illawarra this morning, before conditions ease into the afternoon and evening. Almost 70 evacuation orders are in place, many in western Sydney and many issued in the early hours of Monday morning, and the SES is urging residents to avoid travel and reconsider school holiday plans. But in more welcome news, the Bureau of Meteorology says the east coast low that is behind the widespread and sustained heavy rain is weakening. In a statement issued just before 5am, it said:

The east coast low has weakened into a trough over the Hunter district. Onshore flow south of the trough is still directing humid air onshore, causing moderate to at times heavy rainfall in areas near and to the south of the trough.

Drier air will push gradually northwards up the New South Wales coast through the afternoon, clearing most of the rain out of the Illawarra, Blue Mountains and Sydney regions by late this evening.

The bureau said that although rain rates have eased, heavy rainfall could still cause flash flooding in the Illawarra, Blue Mountains, Sydney Metropolitan, and parts of Hunter (including Central Coast) districts.

Heavy rainfall is possible over the Sydney metropolitan and Illawarra districts this morning before starting to ease during the afternoon and evening.

Six-hourly rainfall totals between 60 to 100mm are possible. 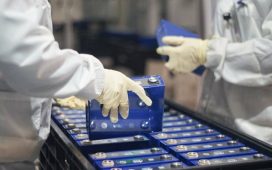 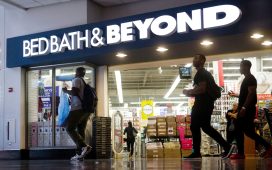 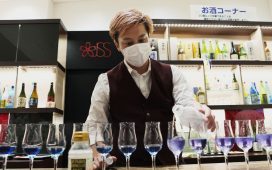 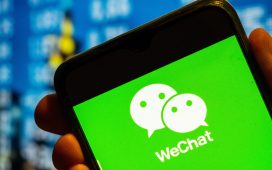 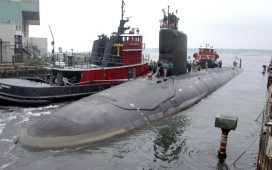