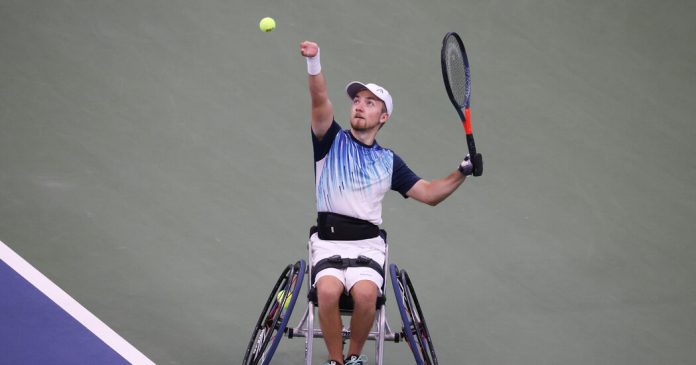 When the United States Open announced its plans in June for this year’s tournament, it included the elimination of the junior draws, the singles qualifying draws and the mixed doubles draws because of the coronavirus pandemic. But perhaps the biggest outcry came from the smallest contingent of the tournament: the men and women in the wheelchair divisions.

“It was a natural reaction, and very fair on their part,” the tournament director, Stacey Allaster, said in an interview on Sunday. “We did not make any decision lightly. It was always done on how we could mitigate risk for the health and well-being of all.”

The tournaments were cut back because of a need to keep the number of people at the U.S.T.A. Billie Jean King National Tennis Center to a minimum. But after 10 days of objections, the wheelchair tournaments were back on — at full strength.

Andy Lapthorne, the 2019 champion in the quad singles division, said that “to be told you wouldn’t be coming back to defend the title, that was a tough pill to swallow.”

Dylan Alcott, the runner-up to Lapthorne last year, described the omission of wheelchair players as “disgusting discrimination.” Allaster sharply disagreed with that assessment, saying that there had been cutbacks across all divisions, not just in the wheelchair tournaments.

“At no time was there any form of discrimination,” she said.

Alfie Hewett, the champion in wheelchair men’s singles in the two previous years, was unhappy with the initial cancellation but praised the reversal.

“It’s hard, when the decision first came out, that we didn’t get consulted from a player point of view,” Hewett said. “We found out from social media. But the way they turned it around was obviously good.”

“That changes the game straight away,” Lapthorne said. “He has the profile to do that. There’s not many players out there who would have done that, so we have to thank him, because he had the courage to support us and back us.”

Lapthorne, who lost in the round-robin stages of the quad singles tournament but won the doubles title alongside Alcott, said that wheelchair athletes felt validated by being heard and allowed to participate.

“To make sure we’re included in these things the same as the able-bodied players is massive, and I think we’ve proven this week that there was no reason why this shouldn’t have happened,” he said.

David Wagner, a runner-up in the quad doubles final and the most prominent American wheelchair player, praised the U.S. Open for how it had treated the wheelchair athletes as a full part of the show in on-court productions. But he said the scheduling could still have been changed to prevent the wheelchair tournament from being so heavily overshadowed by the other competitions.

“Sometimes in wheelchair tennis, we don’t get quite the spectators that the able-bodieds get, right?” Wagner said. “So here we are playing the doubles final at the same time at the same time Azarenka and Osaka are playing. If that had happened, and this place was packed with fans, Louis Armstrong would have been about as dead as it was” already because of the virus, he said.

Alcott, who among the players had been particularly critical of the U.S.T.A., found parity in proximity: The suite he was given inside Arthur Ashe Stadium was right next to that of one of tournament’s biggest stars.

“I’m next to Osaka, and I really appreciate that,” Alcott said. “They’re treating us as equals. To the whole team, I appreciate them changing their mind.”

Alcott lost the quad singles final on Sunday to the Dutch wild card Sam Schroder, showing the depth of the field in the division players which players have long cited as a reason for expanding the draw.

Allaster said future accommodations were coming soon, including the long-desired doubling of the quad singles field from just four players to eight.

“We will be the first Grand Slam to expand,” Allaster pledged. “It’s unfortunate that we never got the opportunity this year, but if it’s within our ability next year to do so, with everything going on with Covid, that would be a great new addition in 2021.”

Gómez and Korda in French Open Decades After Their Fathers Played it, Too 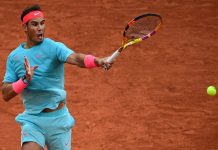 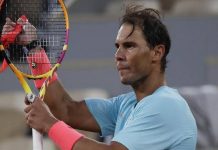 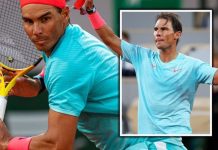 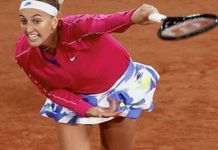 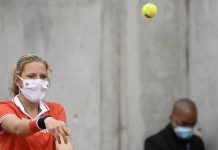 At the French Open, Cold Weather and a Ball That Will Not Behave 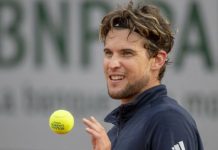 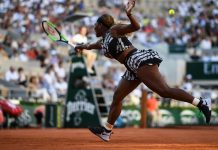 2020 French Open: What to Watch on Monday