Astronomers have detected a chemical signature in the atmosphere of Venus that may be associated with life.

While the signature isn’t robust enough to definitively declare that there’s life on our nearest planetary neighbour, in a new paper published today in the journal Nature Astronomy, the international team says they have ruled out any other known sources that could have produced the chemical compound, phosphine.

“The reason we’re so excited about this finding in this paper is that we found phosphine gas, which doesn’t belong in the Venus atmosphere,” said Canadian co-author Sara Seager, professor of planetary science and physics at the Massachusetts Institute of Technology (MIT).

“We can say that it might be associated with life.”

Phosphine, chemically known as PH3, is produced on Earth by organisms that don’t require oxygen to survive, or can be created in laboratories. Over recent years, astronomers have proposed that it could be used as a chemical signature that might be associated with biological processes on exoplanets, planets orbiting distant stars.

Lead author Jane Greaves, a professor of astronomy at Cardiff University in the U.K., decided to look closer to home in an effort to detect phosphine, initially using the James Clerk Maxwell Telescope in Hawaii to look in the clouds of Venus. She made the detection, which was a bit of a surprise, and then followed it up with observations with the Atacama Large Millimeter Array (ALMA) observatory in Chile, which confirmed the findings.

But they could not account for the amount of phosphine they found.

“We were able to do calculations for lots of things, like volcanoes … things like meteors dumping new rocks into the atmosphere, even lightning, all these things that could be an energy boost,” Greaves said. “And we found that you were like 10,000 times short of the phosphine you’d need if you made any new reasonable assumptions for these sources.”

That eliminated everything, except the possibility of biological processes in the clouds of Venus, though the authors noted that there could be unknown photochemical or chemical processes.

Venus is often referred to as our sister planet. Roughly the same size as Earth, Venus is believed to have had oceans for two to three billion years after its formation. However, roughly 700 million years ago, it underwent a dramatic change that produced a type of runaway greenhouse effect. Now, the cloud-covered planet is the hottest in our solar system, with temperatures high enough to melt lead and a crushing carbon dioxide environment that is extremely inhospitable for any life to exist on its surface.

However, it’s been long hypothesized that life could exist in a region of the thick, cloudy atmosphere, between 48 and 60 kilometres above the surface, the location where phosphine was detected.

The detection of phosphine in the clouds of Venus could point to extra-terrestrial “aerial” life in its atmosphere. 1:41

The clouds themselves are composed of sulfur dioxide, which makes the environment highly acidic and, theoretically, inhospitable. However, over the past few decades, scientists have discovered life on Earth that can live in harsh conditions, called extremophiles.

“We’ve found that there are indeed, what we call a set of philic organisms, organisms that love to live in strong acid,” said David Grinspoon, a senior scientist at the Planetary Science Institute, who was not involved in the study. “And we don’t even know the limit of how acidic an environment life can thrive in.”

Grinspoon has long been a proponent of the possibility of life existing in the clouds of Venus. Yet, like the paper’s authors, he’s cautious about declaring that life has been found.

“It’s a wonderful finding,” he said. “Of course, one needs to exercise the right amount of skepticism.”

But, he said, the findings suggest there’s something replenishing the phosphine that can’t be accounted for.

“It’s not enough to say, ‘Oh, there could have been a source millions of years ago, and then it’s hanging around.’ No, it doesn’t hang around,” Grinspon said. “So there has to be a continuous source. It’s like, you walk into a house and the bathtub has water in it, but the drain is open. So either the faucet is on or the faucet was just on.”

An international team of astronomers today announced the discovery of a rare molecule — phosphine — in the clouds of Venus. 0:37

Life existing in clouds isn’t without precedent. On Earth, there are bacteria that get swept up into our atmosphere and can even be carried across continents. But eventually, the bacteria settles back down to the surface. On Venus, however, the hypothesis is that the microbes might have quick reproductive rates, where there would be constant replenishment in the permanent cloud deck.

“It doesn’t really matter if some of them are falling out to their deaths, because they are sort of restocking themselves,” Grinspoon said. “Think of it as a pond where people were fishing out of it: If the fish are reproducing fast enough, or it’s being restocked or whatever, then it doesn’t mean you don’t say, ‘Oh, well, they’re gonna run out of fish because it’s being fished.’ No, there’s a steady state population. And that’s the picture that we potentially have of life in the clouds of Venus.”

But that doesn’t mean an alternate explanation doesn’t exist.

“We already know that there are weird things going on in Venus’s atmosphere,” said Nick Cowan, professor in the departments of Physics and Earth & Planetary Sciences at McGill University, who was also not involved in the study. “And so the most likely scenario is that this is just weird chemistry happening in Venus’s atmosphere rather than a whole new branch of life in its clouds.

“Every year we discover all sorts of new, exciting atmospheric science, atmospheric physics, atmospheric chemistry happening in the solar system and in planets orbiting other stars. And so absolutely, they did their due diligence and they ruled out everything that we currently know of.”

Interactive | Looking at Venus in 3D

Even if it is some new process that we don’t yet understand, Cowan said that the findings are exciting for astronomers like himself who are studying the atmospheres of other planets.

“I am really hoping for life,” she said. “I will be really excited if people tell me this is just some other really exotic chemistry going on in the atmosphere, but I’ll be mostly excited if it’s life.”

Now, the researchers are hoping to gather more follow-up observations. Only a mission to Venus with instruments that could detect the possible microbes would provide an answer as to how the phosphine is being produced.

If the findings support the presence of microbes, it opens up a whole new world in the search for life in the universe.

“We’ve always wanted to know, are we alone in the universe? Now to most of us, that means we’re hoping there are intelligent beings out there, but we have to start somewhere,” Seager said. “And if there is a second genesis of life, somewhere that we can find like in our solar system, it means that life should be very common.

“It really gives us hope that life is prevalent not only in our corner of the galaxy, but throughout the galaxy and the universe.”

Space breakthrough: Astronomers detect first-ever signs of a planet in another galaxy 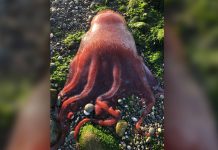 Bright 'red glob' washes ashore in Washington. It may be a 7-armed octopus. 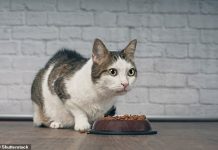 Cats are more satisfied when fed just once a day, study finds 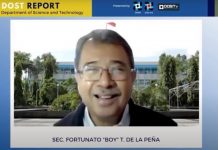 Jefferson: ‘I thought I was going to die’ — tech entrepreneur Graham Weston on catching COVID-19 and launching Community Labs, his mass-testing project –... 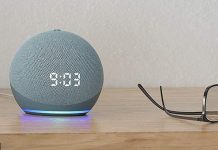