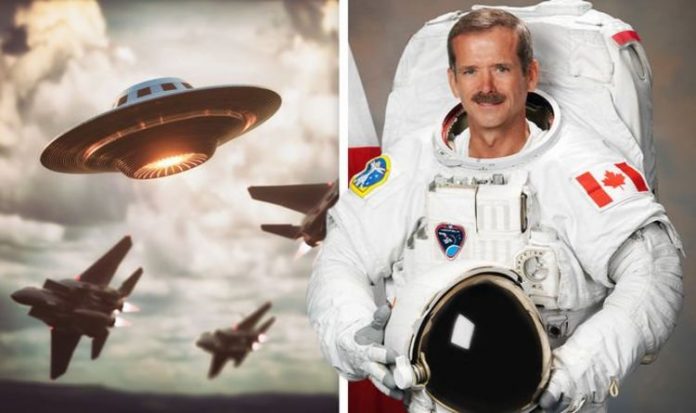 The US Pentagon is expected to publish its anticipated UFO report before Congress in June. The report will shed some new light on a spate of recently leaked videos, all of which appear to show mysterious craft near US military assets. To some, the Pentagon report will be an official vindication of more than 50 years of research into the UFO phenomena.

To others, the report is an opportunity to separate the wheat from the chaff and prove once and for all UFOs are real, but they’re not piloted by little green men.

Chris Hadfield, a former astronaut with the Canadian Space Agency, has now addressed the UFO craze, explaining why he is firmly in the latter camp.

Speaking to Canadian broadcaster CBC, he said: “Obviously, I’ve seen countless things in the sky that I don’t understand.

“But to see something in the sky that you don’t understand and then to immediately conclude that it’s intelligent life from another solar system is the height of foolishness and lack of logic.”

READ MORE: Einstein sought ultimate equation that ‘could read the mind of God’

Colonel Hadfield is a former pilot for the Royal Canadian Air Force and the US Navy.

But he is best known for his stints on the International Space Station (ISS), including his time as ISS Commander.

He was the first Canadian to perform a spacewalk and has flown on two Space Shuttle missions.

During his time on the ISS, he kept a record of what it is like to live in space, sharing video clips and pictures across social media.

The astronaut’s rendition of David Bowie’s Space Oddity but in microgravity proved a viral hit.

One such video was officially declassified last year, with a Pentagon spokeswoman saying: “After a thorough review, the department has determined that the authorized release of these unclassified videos does not reveal any sensitive capabilities or systems and does not impinge on any subsequent investigations of military air space incursions by unidentified aerial phenomena.”

The video in question appears to show a flying object with a “glowing aura” being chased by a UF fighter jet.

A pilot can be heard in the video saying “there’s a whole fleet of them”.

A more recent video appears to show 14 unidentified craft swarming a US combat ship off the coast of California.

The video was leaked to the internet by documentary filmmaker Jeremy Corbell, who has shared a number of other videos in recent months as well.

Nick Pope, a former Ministry of Defence insider who investigated UFOs in the 1990s, said the leaks have are concerning.

Mr Pope said: “Well I don’t know for sure what we’re looking at but it’s nothing short of sensational and it’s extremely concerning.

“Here we have US Military assets being swarmed by something unknown. This is automatically a defence and national security issue.” 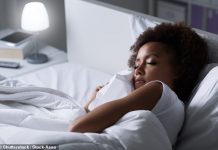 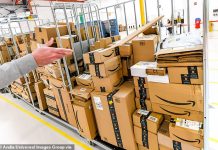 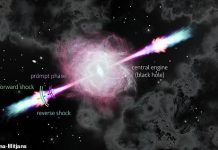 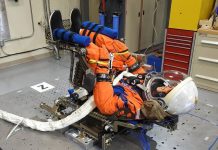 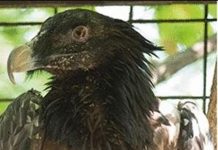 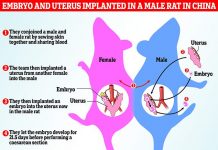 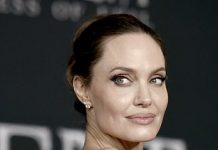 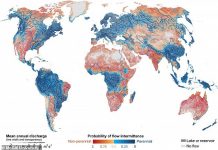