European and Asian equity markets fell on Wednesday as investors braced themselves for the latest US inflation data, which are expected to shape the pace of future monetary tightening by the Federal Reserve.

Hong Kong’s Hang Seng index shed 2.5 per cent, while China’s CSI 300 benchmark of Shanghai- and Shenzhen-listed stocks declined 1.2 per cent. Japan’s Topix was down 0.2 per cent.

Losses in Europe were less steep, with the regional Stoxx 600 losing 0.3 per cent in early dealings and London’s FTSE 100 down 0.1 per cent.

The market moves come ahead of the release of US consumer price index data on Wednesday, at 8.30am Eastern time, which marks “the only significant economic data of the week”, Adam Cole, chief currency strategist at RBC Capital Markets, wrote in a note.

US consumer price index inflation reached 9.1 per cent in June, the highest level in 40 years, which the central bank has met with back-to-back interest rate increases of 0.75 percentage points.

Economists expect month-on-month headline inflation of 0.2 per cent and a year-on-year rate of 8.7 per cent for July. Markets are pricing in the possibility of another 0.75 percentage point rise at the Fed’s next policy meeting in September.

Core inflation, a measure of price growth that strips out volatile categories including energy and food, is expected to accelerate to 6.1 per cent, from 5.9 per cent in June, but below a peak in March of 6.5 per cent.

Futures contracts tracking Wall Street’s S&P 500 index were down 0.2 per cent, with those tracking the technology-heavy Nasdaq 100 slipping 0.3 per cent.

On Tuesday, the broader Nasdaq Composite fell 1.2 per cent, after a warning from chipmaker Micron Technology on slowing consumer demand sparked fears for the outlook of the sector and economic growth. The S&P 500 fell 0.4 per cent, marking its fourth consecutive daily decline. 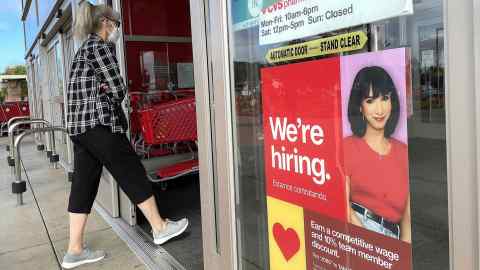 “Market attention has been alternating between slowing growth and too-high inflation,” said Citi analysts, adding that a stronger inflation reading “will have the market — and possibly Fed officials — thinking about a 100 [basis point] hike or a 75bp in September followed by another in November”.

Wednesday’s market moves followed the release of Chinese inflation data, which showed consumer prices rose 2.7 per cent year on year in July, less than expected, and 0.5 per cent compared with the previous month.

The tech sector led the falls for equities, with the Hang Seng Tech index dropping 3.5 per cent. The biggest declines were for electric car makers Nio, XPeng and Li Auto, which shed 7.9 per cent, 7.2 per cent and 6 per cent, respectively.

Oil prices edged lower on Wednesday, with international benchmark Brent crude shedding 0.6 per cent to trade at $95.72 per barrel and US marker West Texas Intermediate down 0.8 per cent at $89.81. 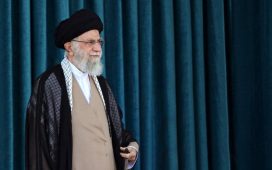 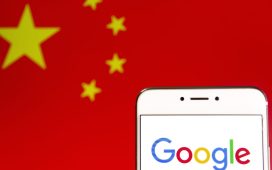 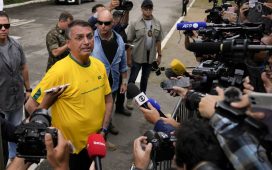 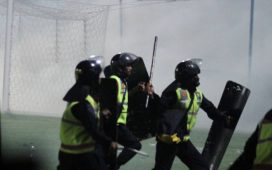 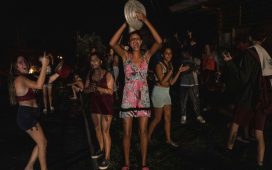 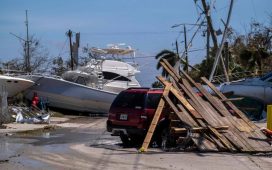