Shares in Chinese technology companies led declines across the Asia-Pacific region in the wake of Wall Street’s worst day since the early months of the coronavirus pandemic, as concerns mounted over global growth.

Hong Kong-listed shares in Tencent fell as much as 8.6 per cent on Thursday after the Chinese internet group reported its slowest revenue growth on record in the first quarter. The company recorded a 51 per cent fall in profits due to Beijing’s crackdown on the tech sector and the impact of harsh Covid-19 lockdowns on consumer spending.

The fall for China’s most valuable public company helped drag Hong Kong’s Hang Seng Tech index down 3.6 per cent, while the broader Hang Seng benchmark shed 2.4 per cent. Elsewhere in the region, Japan’s Topix and South Korea’s Kospi both fell about 1.5 per cent.

China’s worsening economic outlook also weighed on markets. Standard Chartered cut its annual growth forecast for the world’s second-largest economy to 4.1 per cent from 5 per cent, joining other of investment banks including Goldman Sachs in downgrading expectations as “stringent Covid control measures disrupted production and consumption”.

The falls in Asia followed a 4 per cent drop in New York for the S&P 500 share index, the biggest one-day drop since June 2020, with 98 per cent of the stocks included in the benchmark falling. 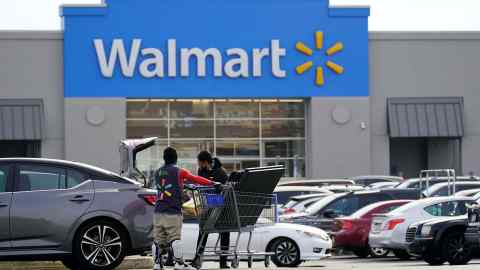 Shares in US retailer Target plunged 25 per cent after it said higher freight, fuel and wage costs, as well as logistical disruptions, would hit profit margins. The company’s warning came a day after Walmart, the world’s largest brick-and-mortar retail group, cut earnings guidance on surging inflation.

Both retailers have notched their worst daily falls since 1987 this week.

US tech groups including Apple, Nvidia and Amazon all dropped more than 5 per cent, while the Nasdaq Composite index closed down 4.7 per cent.

Stock futures pointed to falls when European markets opened, with the FTSE 100 set to drop 0.5 per cent and the Euro Stoxx 50 expected to shed 0.6 per cent.

Charlie Chai, an analyst with 86Research, said Tencent’s “fairly underwhelming” results in gaming, advertising and new business services were “a reflection of the big picture [in China]” as a “downswing in business confidence translates to lower business spend”.

He added that the first fall in domestic games revenue at the company showed “how harsh the regulation was” during Beijing’s crackdown on tech, which began almost a year ago. 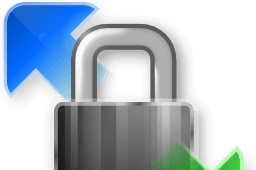 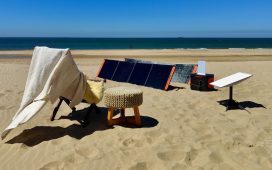 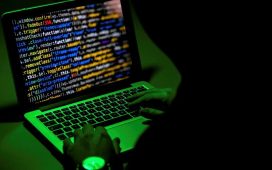