There will be two defending champions in the women’s draw at the French Open this year. That is not normally how professional tennis works; when a player wins a title one year, 52 weeks later they return to the scene of their success and try their hardest to hold on to it. Most fail.

Last year, however, as uncertainty still swirled during the first waves of the pandemic, the world No 1, Ashleigh Barty, opted not to travel due to safety concerns and because national border closures in Australia meant she simply was unable to train with her coach. Instead, as the 19-year-old Iga Swiatek demolished the field to win her first grand slam title, Barty spent her days cheering on her Aussie Rules football team, Richmond, with a beer in her hand.

As both players return to Paris for the first time since they lifted the trophy, the perpetually unpredictable world of women’s tennis has generated some order. Swiatek and Barty are the two clear favourites to win the French Open again.

Before winning at Roland Garros, Swiatek had never crossed the fourth round of a slam and she had contested only five major tournaments. Her victory was a startling rise to the occasion and one of the most dominant grand slam runs in recent memory. She did not lose a set, dropping just 28 games in total.

Even the scores, including her 6-1, 6-2 dismantling of Simona Halep, do not quite convey just how her level transcended that of her opponents. She already possesses a complete game: she owns perhaps the heaviest forehand, which can both tear through the court and spin up to shoulder height, yet her backhand is even more reliable. She is an elite returner yet her kick serve is already among the best. Her excellent athleticism is complemented with quality hand skills.

For the past eight months she has been charged with coping with her newfound presence as a top player. She has talked about her struggles with the sudden rush of attention and obligations when it would be so much easier to follow tennis. And she has frequently had to bounce back from frustration and demonstrate her growth. So far, she has succeeded.

Most recently, her return to her favourite surface was not going as she had planned. After losing in straight sets to Barty in Madrid, she found herself on her way out of the third round in Rome to the 38th-ranked Barbora Krejcikova. Instead of panicking she saved two match points and survived in two hours 50 minutes.

After moving into the final she then pulled off a win that most players can only dream of: 6-0, 6-0 in 46 minutes against the world No 9, Karolina Pliskova, for her first WTA 1000 title.

Barty’s relationship with clay is a clear point of contrast. Before the 2019 clay court seasons, she said that she begins each year with a countdown until the grass season. Not even a French Open title has changed her perspective. After winning the Miami Open in March, with the clay season to come, she was clear: “Don’t get me wrong, I’m still counting down the days to the grass season, without a doubt.”

Truth is embedded in her humour. Until 2019 Barty struggled to connect with clay, recording a 16-13 record on the surface between 2012 and 2018 without passing the second round of the French Open. Her game is built for the faster, lower-bouncing courts and it is in those conditions that she feels most free.

At 5ft 5in, Barty owns what is arguably the best serve ever produced by a short player in the women’s game and she leads the WTA this year for service games won at 81%. Barty’s love of grass is also rooted in her preference for taking her forehand early, her low-bouncing slice and her affinity for the net.

What allows her to play so well on clay is her tactical flexibility and athleticism. Despite her preference for controlling her matches, she is willing to take a step back, to assume a more reactive role and utilise her excellent movement. She thrives at opening the court on clay with angled forehands and her backhand slice helpfully elongates points on clay, shredding her opponents’ patience on the slower surface.

After snuffing out all question marks surrounding the validity of her No 1 ranking after nearly a year away with her Miami Open triumph, she has also done so on clay. She clinched her French Open title in 2019 with just one win over a top 20 player and so the question remained whether her victory was a reflection of a supreme mental performance or if she really was an elite clay court player in the making.

In her first red clay tournament since the French Open last month, she won the WTA 500 tournament Stuttgart with three wins over top 10 opponents. A thorough, clear answer. Barty has since reached the Madrid final, beating Swiatek in the third round, and then she retired from her Rome quarter-final while leading 6-4, 2-1 against Coco Gauff, four games shy of another contest with a far more confident Swiatek. She has just lost one completed match on red clay this year.

Barty, the top seed, and eighth seed Swiatek are drawn to face each other in the semi-final. Should they get there – and there is no guarantee that they will – the hope is that these are the makings of a new rivalry on this surface. The expectation is that, regardless of how they fare this year, their French Open titles will be only the starting point for continued success on the surface for years to come. 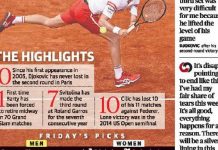 Barty limps out of French Open as Djokovic cruises through 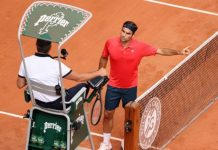 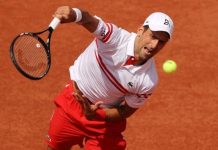 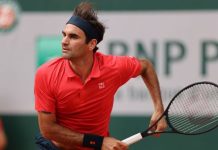 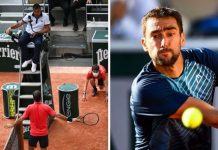 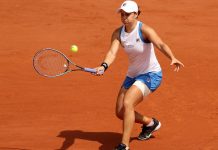 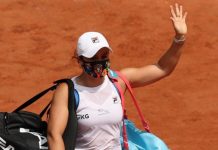