In a year that has been almost devoid of in-real-life cultural experiences, one evening stands out. It was just after Christmas got cancelled, shortly before lockdown 3.0. I’d bought tickets for the family to visit Glow Wild, a winter lantern trail on the Wakehurst estate in Sussex. In line with the season of disappointments, I had been fully expecting an email telling me that it would not be going ahead, but somehow – because it was an outdoor, socially distanced event – it opened as planned.

On an ordinary year, this would have been one in a whole array of Christmas outings, to the panto, to grownup theatre, exhibitions, maybe a gig. But this year it was the only one, and as a result the lanterns we saw that evening glow brightly in my memory. The trail is put together every year by the local community arts group Same Sky, and involves thousands of paper lights hung from the trees, light and sound installations, and projections on to the walls of the stately home.

We made our way past illuminated bumblebees and butterflies, past a lake dotted with dozens of flaming lanterns. After weeks of seeing very little but the inside of our house, it felt almost impossibly bright and colourful. When we reached a magical glade hung with giant, sparkling thistledown, my eight-year-old tugged on my hand. “Artists are so clever,” he said, his eyes like saucers.

I would like to bottle that moment and send it to every artist who has spent the last year feeling completely useless. This has been such a demoralising time for the whole cultural sector, and the impact is not just financial. It has felt existential: what are the arts actually for? Are they really just a bit of trivial fun around the edges of life? When the chips are down, can we just get by without them? At a time when the whole of society is – quite rightly – aware of the contribution of health and social care staff, teachers, delivery drivers and supermarket staff, there hasn’t been a role in this crisis for those who work in the arts. (Remember that awful government advert about Fatima, the ballet dancer whose next job was in cyber?)

Of course nobody has the right to earn a living making art; and of course, artists have always had to do other jobs. But there is a special kind of despondency in finding that, at a critical moment, your long-honed skills just aren’t required. In a recent article about musicians who have become delivery drivers, a common sentiment was that it wasn’t merely a financial decision, but also a deep human need to feel useful, to make a contribution. In one recent survey, a third of musicians said they were considering giving up their careers as a result of the pandemic. My friend Joe Buirski, a folk music promoter whose festival has been cancelled two years in a row, and who is currently working in construction, sums up the complex emotions involved when he tells me: “The last year has made me both question all my life choices, and also love and value what I do more than ever.”

It is a sentiment many artists surely share. The author Sarah Perry has written about her response to the pandemic being “that literature was useless and I’d wasted my life in its pursuit”. I recognised that one. Having completed my second novel last year, fulfilling a dream held since childhood, I spent several months convincing myself that I should retrain as a doctor. (NB: I don’t even have a science A-level.)

And yet, even as artists have been fantasising about more useful careers, haven’t we all also had an object lesson in how much we need art? We’ve had so little to elevate us beyond the boundaries of ourselves. Some friends and I got bored of moaning about the pandemic, so we started a film club to give us something else to talk about. Sometimes exhaustion and home schooling have got in the way, but when I’ve managed to watch the films, it has lifted my whole week. They have seemed to carry a new kind of emotional weight – Richard Linklater’s Before trilogy, with its carefree, sun-kissed socialising and globetrotting, nearly undid me.

Now, as we begin what will hopefully be a gradual return to a more rounded kind of life, is when art and artists will come into their own. The lightness, colour and feeling of wonder my son experienced at Glow Wild – that’s what these last bleak months have been so sorely lacking. We are craving it as never before, just witness the festivals selling out as soon as they are announced. Turns out that a society stripped back to the “basics” of food and healthcare is not one in which many of us want to live. We need culture now, not only to bring us together, but to lift our hearts and our eyes after months of looking no further ahead than the next step. 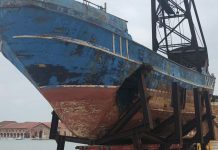 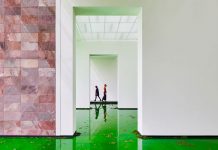 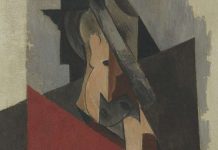 Why do some Picasso paintings deteriorate faster than others? Researchers have solved the mystery

‘Still much work to be done’: US museums and artists react to Derek Chauvin conviction in George Floyd murder trial 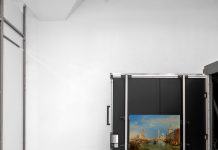 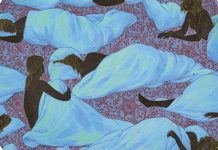 ‘Full of human wonder’: new perspectives on the Black experience – in pictures

The Great British Art Tour: from a ceiling alcove, an artist’s quiet gaze

Whispers to thunderstorms: the world of sound designer Max Pappenheim

‘When I paint, all the voices in my head go still’: Juliet Stevenson on how art got her through lockdown 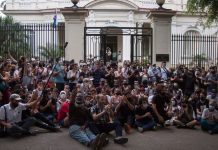 Meet the new boss, same as the old boss