FANS are right to be frustrated at the Women’s Super League stars who jetted off to Dubai over the Christmas break.

Arsenal and Manchester City both requested postponements of their weekend games after players tested positive for coronavirus following trips to the United Arab Emirates.

City had four players that were hit with the virus having all visited the Middle East.

While three senior Gunners stars are said to have gone — with one of them since testing positive for Covid-19, forcing a lot of the squad into self-isolation.

People fought extremely hard to get women’s football into the position it’s in now, so I feel disappointed that we’re in this situation.

Every player, whether they’re representing the WSL or England, has a responsibility to push women’s football on and help it grow.

And while there wouldn’t have been any bad intention from those involved, you must take your public responsibility seriously as a professional athlete.

There are serious implications on not only these particular games, but the reputation of women’s football when our country is in the middle of a health crisis.

The issue here is that none of the players broke “official” rules, so where does blame sit here and what was the thought process of those involved?

The unnamed City quartet had the club’s permission to travel as Manchester was not under Tier 4 restrictions at the time.

And the Arsenal girls were given the green light to travel by the club as they were reportedly satisfied it was for “business reasons”.

Players from other clubs have posted pictures of their luxury trips on social media.

I understand the need to travel for business reasons — but there has to be work permits, clear guidance, and vigorous testing to ensure there is no impact upon the health of others and other external factors.

NHS frontline workers are being overstretched in their fight against the coronavirus crisis. Hardworking binmen and women are going out every week to risk catching the virus for their livelihoods and to the benefit of our society.

Teachers don’t feel safe to go back to work and I don’t blame them.

So we asking for a postponement because we broke the rules??!!😕 Players have every right to be upset but why should Villa be punished? Play the game. https://t.co/EWVfdTsl2o

People haven’t seen their loved ones for months but footballers are in a privileged position of continuing to get paid to play sport and do what they love.

The other issue to highlight is – why should other teams be punished with postponements when it’s the other club’s problem?

Second-placed Arsenal were due to play second-from-bottom Aston Villa and City called off their game with tenth-placed West Ham.

The FA were shown evidence that neither club had 14 players available, but the other team should not be punished after opposition stars took trips to Dubai.

It’s not right and now it’s too late. Arsenal legend Ian Wright wrote on Twitter: “So we are asking for a postponement because we broke the rules??!

“Players have every right to be upset but why should Villa be punished? Play the game.”

And Hammers skipper Gilly Flaherty said: “Hopefully the girls who are involved will do the decent thing & come out & apologise.”

Bristol City were forced to field a team of academy players against City in November after FIVE of their senior players were self-isolating.

The players share a house and one of them had developed coronavirus symptoms — but none tested positive.

The club requested a postponement of the game but the FA were satisfied they had “followed Covid-19 protocols and had enough players available”.

But you can’t have one rule for one club and one for another. It needs to be consistent because, right now, it seems unfair.

Let’s see if guidance and apologies will come in the following days — but I for one am so disappointed to see women’s football in the news for the wrong reasons.

Christine McGuinness slams celebrities ‘p***ing off to Dubai during lockdown’ 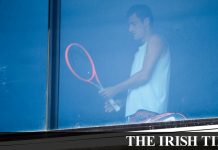 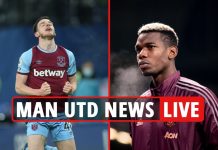 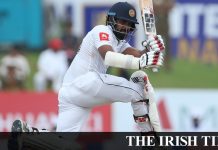 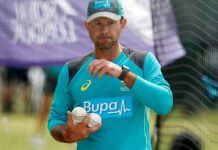 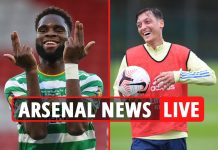 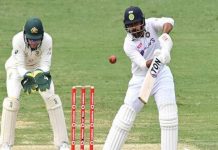 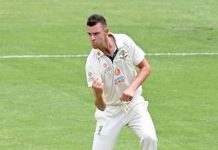 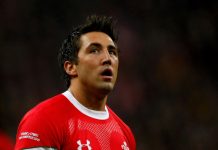 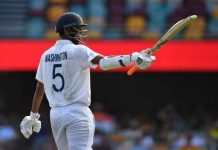 India fight back through Washington and Thakur, cut Aussie lead to 33 runs