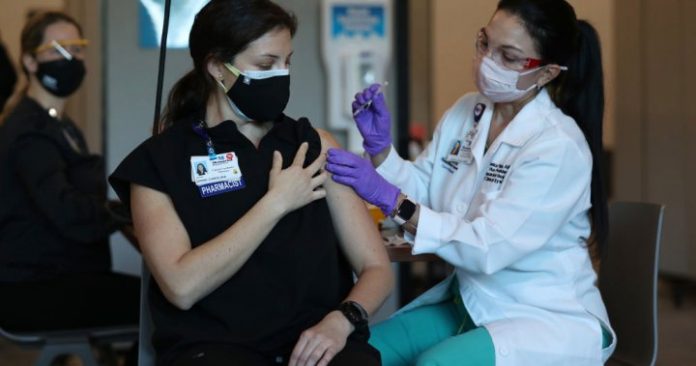 With the COVID-19 variant that was first discovered in the U.K. making its way to all 10 provinces in Canada, Canadians have been wondering if this will lead to a third-wave of the virus.

“It’s on the back of our minds and it is possible,” said infectious diseases physician Dr. Sumon Chakrabarti in a recent segment of The Morning Show.

“That’s why I think it’s important to really monitor the situation closely.”

He says a wave as big as the first or second is not something that is inevitable and the country could potentially see a swell in cases. But that doesn’t mean a future wave will be as bad as previous waves.

“It’s important we have the tools to be able to pivot if we need to and stop an emergency break but I don’t think we’re necessarily looking at something as big as the third wave, even with the variants.”

Chakrabarti adds keeping up with vaccinations and public health protocols is essential and can work to stop the spread, despite the variants.

“Overall, we should be focusing our efforts on what’s happening already in high-risk places here like, long-term care hospitals and getting vaccines into Canadian arms,” he said.

With the AstraZeneca vaccine being approved and listed by the World Health Organization for emergency use, there are questions about its effectiveness and what this could mean for future shipments to Canada.

Global News previously reported Health Canada has not yet made a decision on the vaccine yet but is in the “final stages” of reviewing it.

“I think that even with the variant, it still works very well and if we have something that prevents hospitalizations that well, that’s our ticket out of the pandemic,” he said.

Following a month-long lull of Pfizer-BioNTech vaccine doses, the Public Health Agency of Canada says it’s expecting more than 400,000 doses this week. According to Chakrabarti, it will be a “great thing” for Canadians.

Read more:
All residents of Mississauga condo to be tested after South African COVID-19 variant confirmed

Over the weekend, a condo tower in Mississauga, Ont., reported five cases of a variant first detected in South Africa, resulting in all residents having to get tested.

When it comes to people living in condos, Chakrabarti says their vulnerability depends on the situation at the condo, like whether groups are associating in common rooms, laundry rooms are crowded, or large families are living together.

“If you are seeing an outbreak, variant or not, you want to be able to get that under control quickly,” he said, “Access to this quick testing has been very helpful, and hopefully we’ll be able to contain that from spreading into the community.”

Watch Chakrabarti’s full interview with The Morning Show in the video above.