The existence of the monarchy doesn’t impact my life one bit. But I still don’t see the point of them. It’s an institution built on colonialism and nonsense.

I know the royal family serves a purpose in the economy in terms of bringing in tourism. But I don’t think we need an active monarchy for us to make money out of them. All their palaces would still be there for people to visit if the monarchy wasn’t in place. And Kate and Meghan could still give British designers a boost by wearing their dresses, like any other celebrity.

What Meghan has said about the way the royal family have treated her is appalling. I don’t think they protected her from the prejudices of the press, and we should not underestimate the influence the media has and how it shapes public opinion.

I find it exhausting, this blanket denial that things or people in this country are racist

I wasn’t surprised that a member of the family raised concerns about Archie’s skin tone. I’m waiting to be surprised by racism. I’ll live my entire life not being surprised by things white people do to black people out of ignorance and racism.

I find it exhausting, this blanket denial that things or people in this country are racist. People will say to me: “Britain isn’t racist. This isn’t racist.” But you can’t always understand something that you haven’t experienced yourself.

Racism in this country isn’t people with pitchforks screaming overtly racial insults into your ocular cavities, the way some white people seem to think it is. It’s about microaggressions. It’s about people seeing and treating you differently. And often those people don’t realise they’re holding racist beliefs. In fact, other things they have done have shown me that they believe in racist stereotypes and perpetuate those beliefs, rather than seeing me just as a baseline human.”

I don’t have any attachment to the monarchy. I never used to think about them. But I guess I became a bit more interested after Meghan – someone who looked like me – married into the family. She was easier to identify with and I started to pay attention to them.

Her interview made me feel sad. She had mental health problems, and I don’t think the royal family protected her or took accountability for the way the press was treating her. They just let everything hang in the air.

It also made me feel vulnerable and a bit more nervous, as a black woman. I feel like if no one did anything when this happened to her – and she’s someone in a high position in society – then God forbid something similar happening to me and I am the victim of a racist attack. No one’s going to care at all.

We’ve just had the Black Lives Matter protests and now it seems we have taken a few steps backwards. Obviously, there is institutional racism – especially within the police – in this country. A lot of my friends have had negative experiences with the police that white people haven’t had. They are racially profiled in shops and pulled over for doing the exact same thing that a white person is doing, but with the white person, it’s not an issue.

On the positive side, the response to Meghan’s interview has given me hope for the future. The press might attack her, but on social media, she’s winning. The people of my generation are standing by her. A lot of young people are speaking up more about racism as well. That gives me hope things will change – that there is, at least, a chance of change.”

I was born in the Caribbean and the monarchy was part of my childhood. There were pictures of the Queen everywhere. She and Princess Margaret would visit, and they had all us schoolchildren out there in our sharpest school uniforms and hairdos, flag-waving.

Because I grew up with the royal family, I have always followed them and been vaguely interested in them. I fell in love with Princess Diana and when she died, I cried for days. I felt very much for her boys, and I worried about Harry. I thought it was wonderful when he fell in love with Meghan. I spent the whole day watching their wedding.

I wasn’t going to watch their interview. Based on the headlines I read, I thought Meghan would come across like an actress or a bossy, controlling wife, and I would be cringing, with my hands over my face. But once she started talking, everything she said just seemed very true.

The royal family has done a good job over the years, but that doesn’t mean they love black people

Racism in the UK is very covert. I think the rest of the world is in shock about what she said. I think they are sitting there in America with their jaws on the floor. But I wasn’t surprised. Black people in this country live with that kind of … I don’t know if it’s racism, or bias. But we hear what she said. Any black person you speak to will say: yes, we know and we understand.

The royal family – and the Queen in particular – have done a very good job over the years, going around the Commonwealth, doing what they’ve got to do. But that doesn’t mean they love black people.

I did not think, when I came to this country at the age of 10, that I would still be talking about racism in 2021. White people have had enough time to get used to black people. When I read that black women are four times more likely to die in childbirth or pregnancy, I think it’s a disgrace. I had no idea there was a difference in the way black women were treated by the NHS. I’ve found myself wondering: was I treated differently, when I was pregnant, because I am black? Similarly, I couldn’t work for the police now, as I once wanted to. Watching videos of black men dying in police custody has really got to me.

My ancestors didn’t ask to be taken out of Africa. They built this country with their blood and sweat. The money that was made from the natural resources and the jewels of Africa, India and the Americas – all of that is in this country. It belongs to black British people. So we are not going anywhere. It’s time to move forward.” 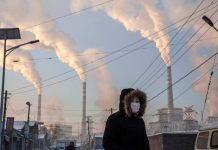 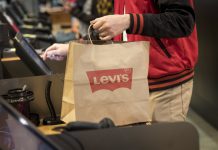 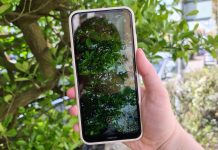 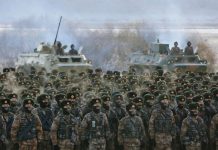 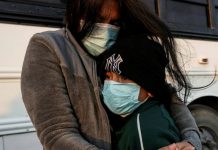 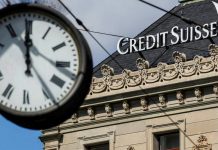 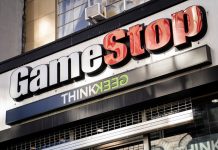 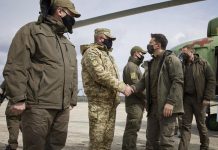