Mark Wallinger hopes bored people everywhere will draw their own hand and put it in their window as a kind of nationwide wave and Jeremy Deller suggests we write songs about toilet roll.

Michael Landy, an artist best known for destroying all his possessions, will tread more alarming ground. He will suggest children find something in the house they can take apart and get an adult to put it back together again.

“It could be fantastic,” said Sally Shaw, the gallery boss asking visual artists to come up with creative activities for the lockdown. “Or, yes, it could be a real pain. I can imagine the things I don’t want taken apart in my house.”

Shaw is the director of Firstsite gallery in Colchester, which this week will launch a downloadable artist activity pack to entertain and engage children and young people during the lockdown.

The idea came from Shaw’s own memories of school holidays. “When I was a kid, my mum gave me this massive book called The Big Book of Things to Do. She would give me that on day one of the summer holidays and was like … ‘See you later!’

“I loved it because on every page there was something to do and you could do it with stuff you had around the house.

“I was reminded of that as all this stuff was kicking off so I thought, let’s do it. We know lots of artists, let’s make the ultimate artists’ activity pack with all the best people you could possibly think of in it.”

It is a simple but tricky brief to artists : the activity has got to be fun; it can be explained or done on an A4 sheet of paper; it can be done by a children or adult or both together; and ideally it is something which can be shared.

Wallinger wants people to trace their hand and then draw in all the details. He said he was inspired by prehistoric cave painters who used their hands as stencils.

He wants people to put the drawing in a window and also post it online. “The idea is that it becomes a gesture of contact … to wave at someone is a thing we all learned to do very early on.”

Around 10 artists including Gillian Wearing and Idris Khan are contributing to the first set of activities, with Shaw hoping to put out new ideas from other artists on a weekly basis.

Others include Antony Gormley who has come up with a “people’s paper chain” idea. The piece of paper will have a drawing of a person on it which can be folded and cut into a paper chain.

Deller has put together a list of 10 things that “might be art”, some of which he has done before – notably, put on an exhibition in your bedroom.

There is also: make a monument to key workers and write a song about toilet roll. “What he really wants is some kind of national competition, one for kids, one for adults, with people writing songs about toilet rolls,” said Shaw.

“There are loads of really sweet, lovely, charming ideas coming through,” said Shaw. “They are good fun and can be done together.”

More artists, including Grayson Perry, are getting on board and the idea is that the pack, titled “Art is where the home is” grows week by week.

The project is aimed at children and young people, but adults are in no way excluded, said Shaw.

“From what we’ve got so far, these are all things which anyone can do and it would be nice if all sorts of people felt they wanted to get involved. It’s about creativity and using your imagination – and we all can do that.”

'I like a place that feels haunted': a Brooklyn brownstone filled with stories and art

Hisham Matar on how the Black Death changed art forever

Manufacturing in the pandemic – in pictures

Pandemic production: when design is a matter of life or death 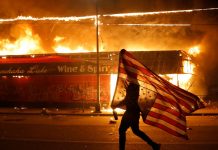 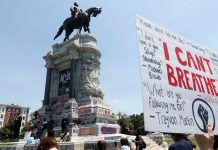 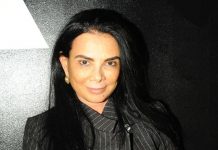 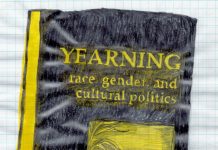 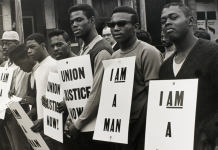