If you are reading this in the US, you will most likely have heard of Dorrance. Beyond the US, though, he is virtually anonymous. Yet he is one of the most successful American coaches of any sport, in any time. At 69 Dorrance is still going, 43 years after he took charge of the UNC men’s team and 41 after he helped to launch the women’s. He coached both for 13 years before switching solely to the women’s side, with whom he has won 22 division one titles. For context, the nearest to that record are Notre Dame and Stanford universities with three titles apiece. From 1986 he managed the US women’s national team for eight years, including to their first World Cup win in 1991.

Dorrance is the brainchild of the winning mentality that sets apart the US women’s national team. He has fed players through his UNC programme into every US world-beating side since. April Heinrichs, Shannon Higgins, Kristine Lilly and Mia Hamm, each national college player of the year twice during their time at UNC, are four of 19 UNC players to have been given that honour. The former Arsenal midfielder Heather O’Reilly, an assistant coach to Dorrance, and the former Chelsea full-back Crystal Dunn are two more recently similarly recognised while at UNC.

Staggeringly, one-third of the players who have won the World Cup with USA have been coached by Dorrance. Five of the 2019 squad were in that category. Lucy Bronze attended Dorrance’s summer camps in her early teens, prompting the coach to encourage England scouts to watch her, and she also spent a semester at Chapel Hill, winning a championship. The Netherlands’ World Cup final manager Sarina Weigman? Another alumna of UNC.

“I had no coaching résumé. At a school like this? Where Michael Jordan played college basketball, a school known for its sports teams … So when I was offered the position to coach the men’s team here it was extraordinary,” Dorrance says from lockdown in his North Carolina home where he jokes that his wife, the former professional ballet dancer M’Liss, is on hand to keep him “excessively polite”.

“When I got to UNC as a second-semester freshman in college, the intramural director came up to me in my dorm room and said: ‘Hello Anson, I hear you’ve just moved into the dorm. Well, we take intramural sports here very seriously. I’ve got a list of the winter and spring sports here on this clipboard. Do you mind looking and telling me which sport you’d like to compete in and represent the dorm?’

“I love every sport known to man. And I looked at all the sports he had on his list and I handed the clipboard back to him and I said: ‘If you wanna win, put me on every frigging team,’” he says with a chuckle.

“He thought I was joking, I wasn’t. And sure enough, he put me on every team and we started an 11-year intramural sports dynasty for Teague Dorm at UNC because I believed in kicking everyone’s ass at everything. I was a four-year intramural wrestling champion. I’d never wrestled in my life.”

Dorrance’s father was in the oil business and that led to Dorrance growing up across continents. Born in Mumbai, he lived in Kolkata, Nairobi, Addis Ababa, Singapore, Malaysia and Brussels before a first extended spell in the US. That, he explains, developed his hunger for sport. “Whatever country I jumped into, I would jump into the sports culture and adopt it and then play those sports.”

Finding a way to coach the competitiveness that drove him has been the key to his success. “That, in my opinion, is the key platform in the success of the US women’s national team. If you’re the Japanese you’re better than we are technically, if you are the Germans you’re better than we are tactically, if you are the French you have just as many athletes as we have, so what is it in the American nature that still permits us to be dynastic in a sport that is not even ‘our’ sport? Well, we’re dynastic because of our mentality.

“We go out and we reach out and try to grab you by the throat and squeeze the frigging air out of you. That was our philosophy in ’91. We’re going to high-press for 90 minutes. We took the world by storm, and this is America; we’re not supposed to be able to play the game.”

Can you train mentality? “Absolutely. I’ve been training it every day of my coaching life and it’s been an incredible weapon that we’ve exploited.”

The 21 D1 Championship titles, which make him the most decorated coach of a single sport in the NCAA (National Collegiate Athletics Association), is not his favourite statistic. Instead, it is the fact that in “something like 603 games, we have either won, tied or lost by one goal”. Dorrance says: “Even in years when our teams aren’t very good, we have an extraordinary capacity to compete.”

How? Because he builds his team to press and fight.

But his ultimate tool is the “competitive cauldron”, a concept started by the legendary UNC basketball coach Dean Smith which involves recording every bit of information about a player’s performance. Dorrance has a “28-category competition” and his players’ rankings are posted on a public bulletin board. “They move up and down these competitive ladders based on performance,” Dorrance explains.

The players buy into the concept because, Dorrance says, “if you’re in the top three or four of my cauldron in college, you’re going to end up playing on the national team one day”.

Dorrance could arguably have had any women’s football job in the world, and a fair few in the men’s game. Yet he has chosen to stay at college level. “The collegiate environment is remarkable. We’ve got a kid with a medical degree from Harvard who is off to Stanford to do her MBA. I want her to run the centre for disease control. I want her to be standing alongside that bloated moron Trump and make sure he doesn’t kill us all.

“I know that these extraordinary women are going to have an impact and it’s going to be extraordinarily positive. So for me, my adventure isn’t just a football one. It’s a human one.” 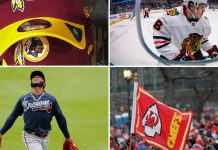 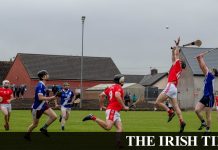 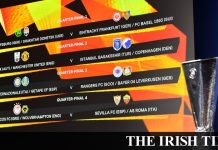 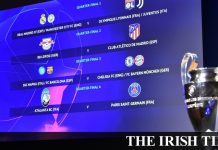 Usain Bolt on his ‘Greatness Code’ episode, fatherhood, and the value of sports documentaries