World No.39 Lahiri accumulated an eagle on the 18th hole, four birdies (third, fourth, 13th and 14th) against two bogeys (ninth and 16th) to stay on track to successfully defend his title at the Macau Golf and Country Club.

But the 28-year-old Asian Tour leader, who has a two-day total of nine-under 133 — one short of Hung Chien-yao (64) of Chinese Taipei — was disappointed though to drop a shot at his last hole, ninth.

“It leaves a bad taste in the mouth. I hit a good drive and just got stuck in a terrible lie and it was a bad five,” Lahiri said in an Asian Tour release.

“I think I played well, pretty similar to yesterday. But the couple of times I missed the fairway, I found some difficult lies in the rough,” the Bengalurean added.

Chiragh got an eagle on the 13th, alongwith birdies on the second, seventh and eighth holes for a 67 that helped him share the spot with Lahiri, South Korea’s Jeunghun Wang (68) and Brazilian Adilson Da Silva (65).

Australian Scott Hend, winner here in 2013 and runner-up to Lahiri last season, stayed in the hunt with a 68 leaving him two back with countryman Sam Brazel, who charged up the leaderboard with a 66.

Former Asian Tour champion Jyoti Randhawa scored two-over 73 and was lucky to make the cut that was declared at even-par 142.

Among the big names who failed to make it to the final 36 holes were four-time Major winner Ernie Els of South Africa and two-time champion Zhang Lian-wei of China. 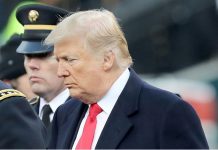