One reason we all love golf so much is that the course offers up wide open spaces for us to enjoy the outdoors.

This goes for wild animals, too.

In the last few days, there have been incidents of wild animals getting a little too close for comfort on the golf course.

A bear was spotted at the H. Smith Richardson Golf Course in Connecticut, according to an article on patch.com.

Described as a juvenile black bear, it didn’t cause any harm or encounter anyone but golfers and dog walkers were alerted to pay extra attention.

The patch.com site says there have been 39 reported bear sightings this year but people should expect those numbers to tail off as winter sets in and bears go into their dens.

Meanwhile, at Lightcliffe Golf Club in Halifax, about 3 ½ hours north of London, things were more serious as a pair of wild pigs, described as boars by some witnesses and Vietnamese pot-belly pigs by others, stormed a golf course and injured two golfers. According to the Halifax Courier, the two went to hospital for tetanus shots after the animals charged at them and scratched their legs with their hooked teeth.

The pigs were first seen on Sunday before returning again this week. They also caused a little mayhem on some neighborhood streets. A man walking his dog reportedly used a child car seat to help steer one of the two beasts into an animal control trailer.

Watch: A bear charges straight at a golfer, then stares at clubs

Feral pigs are tearing up a San Jose golf course 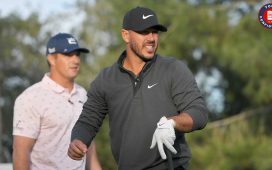 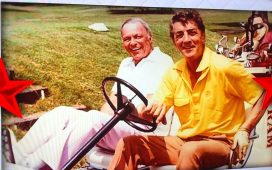 How was the beverage cart invented? The Match gave us this great answer. 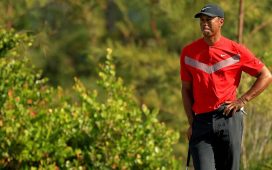 Tiger Woods’ tournament is this week. Here are 5 reasons why we might see Tiger. 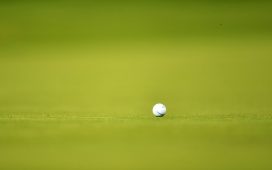 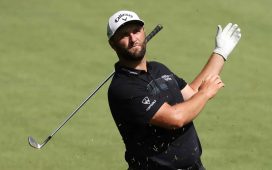 What's causing your shanks (and an easy way to fix them) 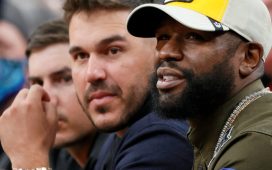 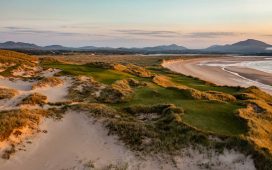 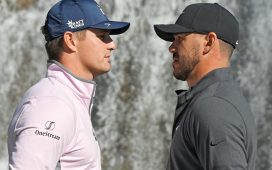 Lynch: Brooks Koepka vs. Bryson DeChambeau showdown in Las Vegas was a bust for fans, but not the PGA Tour 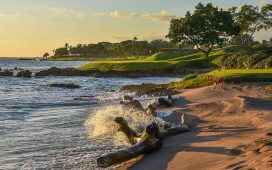 Influencer for a day, trapped at Pine Valley: Most humbling Top 100 course moments