It’s the stuff of every fisherman’s dreams.

A British angler caught a whopping seven foot and 28-and-a-half stone halibut, earning him a place in the record books in the process.

Paul Stevens, 45, caught the monster fish while exploring the northern shores of Norway.

A halibut which grows to this size is expected to be between the age of 70 and 90.

The fish was too big to bring onboard, so Paul took a chilly dip into the water to take a selfie with it.

Paul then unhooked the massive haul, which weight around the same as an American black bear, and put him back into the freezing waters.

It took the fisherman a total three days to recover after battling the beast.

The halibut is believed to be the biggest ever caught by a British angler, although it was still more than 100lbs shy of the world record catch which stands at an astonishing 513lbs.

The biggest halibut ever caught was reeled in by German angler Marco Liebenow in 2013, weighing a staggering 513lbs or 37 stones.

Paul said: ‘It was a bit emotional because I have spent a lot of years trying to catch a fish like that.

‘It dived three times and pulled the boat about half-a-mile. It took me 20 minutes to reel in but that’s because I am an experienced angler.

‘It could easily take others two hours. There is no way you could weigh a fish that size.

‘There is a universal formula of taking the measurements of a big fish to calculate its weight which is what I did.

‘It was extremely hard work and it took me three days for my shoulders to recover.’

Atlantic halibut are found between Greenland and the Barents Sea and as far south as the Bay of Biscay.

On average, they reach up to 15ft in length and weigh up to 700lbs. 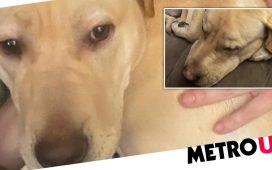 Petting dogs engages the social brain, according to neuroimaging 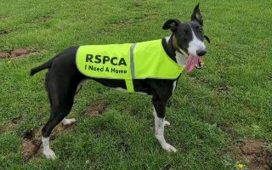 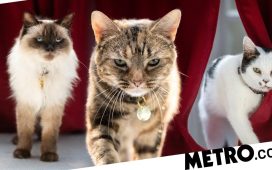 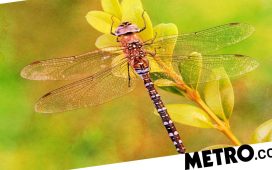