Below: Florida asks the Supreme Court to review a social media law, and civil rights groups blast social media companies ahead of the midterm elections. First:

A small group of tech behemoths are using deceptive design features and other tactics to maintain their dominance in the web browser marketplace — to the detriment of consumers, according to a new report released Thursday by rival provider Mozilla.

It marks the latest push by smaller tech companies to drum up support for more stringent regulation of the conduct of Silicon Valley giants.

The report zeroes in on the impact that concentration in the tech industry has had on browser engines, the often-overlooked software that turns digital code like HTML into what users experience on Google Chrome, Apple Safari, Mozilla Firefox and other browsers.

Only three companies currently offer major browser engines, according to the findings: Apple, Google and Mozilla. And because Apple’s engine is largely limited to its own products, Mozilla wrote, that’s left developers and consumers with limited choices.

The result, according to the report, is the “centralizing control of the web in the hands of a single company and creating a single point of failure for security and privacy.”

“We wanted to shine a light on it and explain that if you don’t have diversity of browser engines, then everyone’s built off the same build engine, and therefore you’re tied to the same company,” said Kushall Amlani, global competition and regulatory counsel for Mozilla.

The review also contains a survey of how residents across countries in Europe, Asia and Africa, as well as the United States, use browsers, which according to the report highlights troubling trends.

The survey found that while the majority of users expressed confidence in “having a wide choice of browsers and knowing how to install a browser on their device,” that many “never actually install a browser on their device and even fewer report changing their default.” Mozilla surveyed over 6,000 residents online in the United States, U.K., France, India and Kenya in March and April.

Amlani said the results suggest “people have concerns” about their browsers, “but they don’t necessarily act on them” and switch products.

Mozilla argued that the use of so-called “dark patterns” — misleading or suggestive design features meant to lead users to certain product choices — is a major reason.

According to the report, consumers’ ability to switch browsers has “been suppressed for years through online choice architecture and commercial practices that benefit platforms and are not in the best interest of consumers, developers or the open web.”

Google and Apple have pushed back on charges that they limit user choice and stifle competition through their web browsers, Chrome and Safari.

After rival search engine DuckDuckGo accused Google of manipulating browser extensions to favor its own products, the company said in response that “Chrome users can directly change their default search settings at any time.” Google has previously also said that people choose Chrome because it is “fast, secure and offers the best experience.”

Apple has pushed back on Safari criticisms by saying that the company “has every interest in supporting a robust ecosystem of third-party browsers and web apps, and will continue to promote innovation and choice while ensuring users’ privacy and security are protected.”

The companies did not immediately return a request for comment on the report early Thursday.

Allegations of a lack of competition in the browser marketplace are increasingly factoring into regulators’ antitrust investigations globally.

The United Kingdom’s Competition and Markets Authority said in June it was looking into competition between browser developers as part of an antitrust probe of Google and Apple.

But Amlani said more scrutiny is still warranted, particularly around how factors like concentration in browser engines and the use of dark patterns exacerbate one another.

“I think it’s an important point that people are looking at parts of all of the picture, and what we want to do is build that whole picture so that people can connect the dots themselves,” he said.

Next, he said, Mozilla plans to turn its attention to developing “remedies” and putting out proposals to address the issues outlined in the report.

Florida’s attorney general asked the court to determine whether the First Amendment bars states from requiring that platforms host certain posts and whether states can force companies to explain to users when they remove posts, Cat Zakrzewski and Will Oremus report. It sets up the most serious test yet of claims that major technology companies are unlawfully censoring conservatives.

“The decision could have wide-ranging effects on the future of democracy and elections, as tech companies play an increasingly significant role in disseminating news and information about politics,” Cat and Will write.

Florida Attorney General Ashley Moody (R) didn’t respond to a request for comment. Industry group NetChoice, which brought the original lawsuit to block the Florida bill along with the Computer & Communications Industry Association, said the Supreme Court should weigh in.

Five dozen civil rights organizations pleaded with Facebook parent Meta, Twitter, TikTok and YouTube to bolster the content moderation systems that the civil rights organizations believe allowed Trump’s baseless claims about election rigging to spread, but with less than two months until midterm elections, members of the Change the Terms coalition say they’ve seen little in the way of a response from the companies, Naomi Nix reports. In memos, the coalition said Facebook parent Meta still allows posts supporting the idea that the 2020 election was stolen, Twitter’s ban on 2020 disinformation isn’t being consistently enforced and YouTube isn’t investing enough resources to fight problematic content in languages other than English.

“The comments by civil rights activists shed light on the political pressures tech companies face behind the scenes as they make high-stakes decisions about which potentially rule-breaking posts to leave up or take down in a campaign season in which hundreds of congressional seats are up for grabs,” Naomi writes.

A group of senators from both parties asked Director of National Intelligence Avril Haines to review the security threat posed by Apple’s plan to use memory chips from Chinese chipmaker YMTC in its new iPhone 14, Ellen Nakashima reports.

Apple previously said that YTMC chips aren’t used in its products and that it was “evaluating” whether to use the chips for some iPhones sold in China. All user data stored on such chips is “fully encrypted,” the company said. The company reiterated to The Post that it wasn’t planning to use the chips in iPhones sold outside China. It declined to comment on the letter.

But the senators fear that the phones could make their way into the global market, according to a Senate aide who spoke on the condition of anonymity because they were not authorized to comment on the record.

“The senators also want Haines to look at what they said was YMTC’s role in aiding other Chinese firms, including the telecom equipment manufacturer Huawei, which is under strict U.S. export controls,” Ellen writes. “And they want her to examine YMTC’s alleged links to the Chinese military.”

Kittyhawk’s slogan was “if anyone can do this, we can” – they were by far one of the most convincing companies in the autonomous flight space. it’s sad to see a company with a lot of good employees winding down but potentially a statement about where this is all really at https://t.co/5BS70E02KC

TikTok tightens policies around political issues in run-up to U.S. midterms (The Guardian)

That’s all for today — thank you so much for joining us! Make sure to tell others to subscribe to The Technology 202 here. Get in touch with tips, feedback or greetings on Twitter or email. 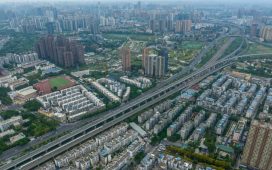 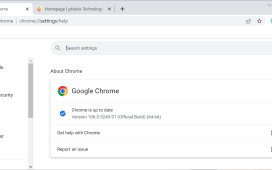 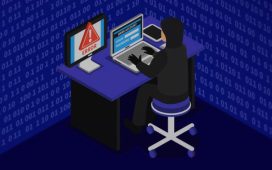 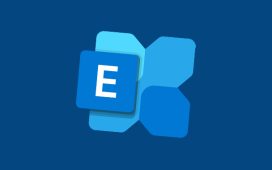 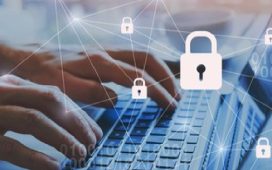 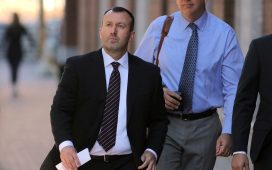 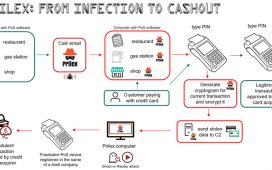