Launched in 2016, the Queer Omaha Archives are part of the University of Nebraska’s Archives and Special Collections. The archives feature an extensive array of oral history interviews and artifacts, like posters, newsletters, and even a sequined brick from the first building of Nebraska’s oldest gay bar, torn down in the 1980s. The archives are meant to preserve the rich history of Omaha’s and greater Nebraska’s queer community. “People often have this misconception that nothing happens here, that nothing has happened here,” says Amy Schindler, Director of Archives and Special Collections. “I think it’s really important that we collect this material and share it as widely as possible.” The archives, Schindler suggests, highlight that throughout the queer rights movement, Nebraskans were fighting just as hard as people all over the country for the right to be treated with dignity. —MS

In South Dakota, LGBTQ+ people must fight especially hard to feel welcome, safe, and accepted. According to the Washington Blade, the state leads the nation in the number of anti-LGBTQ+ bills introduced in 2019. As such, Club David is a vibrant diamond in the rough. This three-level establishment opened twelve years ago in Sioux Falls and is South Dakota’s only queer bar, though it welcomes anyone who wishes to join in on the fun. It’s standalone status means Club David has become a hub for all things queer, hosting everything including drag performances, dance parties, fundraisers, karaoke, runway shows, live music, and yes, even weddings. —MS

The only dedicated space for LGBTQ+ drinkers in the Indiana town with the only out gay Mayor running for President of the United States, Dockside Nightclub would seem to have a lot to live up to. Indeed, the club’s known for raucous dance parties, strong drinks, and extremely good times. Locals report it’s more gay male than truly queer, but all agree that having an LGBTQ+ hotspot in town that’s actually a ton of fun does a lot on its own to support sexual and gender diversity in a state where it’s sorely needed. Only open Thursdays, Fridays, and Saturdays, the club’s replete with pool tables, dance floor, long welcoming bar, big video projection screen, and just about everything else you need to dance your cares away the whole weekend long. —AEM

Black Hart had some big cowboy boots to fill when St. Paul’s oldest gay bar, Town House, shut its doors 2018. In the 70s, Town House was the place to learn to two-step with your partner, and later it became a hub for those in St. Paul’s LGBTQ+ community seeking a place to shoot pool and grab some tater tots with a friend or have a low-key date. Fortunately the new owners have kept much of the programming that made Town House a favorite for present-day visitors, like trivia nights, drag shows, and dance parties, but with a few additions. Now billing themselves as a soccer bar, sportier queers will love this bar as a premier place to watch the World Cup with like-minded football lovers. —NM

In a state that has yet to repeal its sodomy laws, Club Boomerang is the largest gay bar, with entertainment running the gamut from standard karaoke and drag performances to an LGBTQ+ comedic murder mystery dinner theater that sounds completely bananas. The club sets itself apart with a menu that goes beyond standard bar fare, including a rumored early breakfast menu, as well as a friendly staff and atmosphere. The city can be less welcoming, with a Human Rights Campaign score of only 29 out of 100 in 2019 — with no non-discrimination laws on the books whatsoever in the areas of employment, housing, and public accomodations. Earlier this year, new Governor Laura Kelly began repealing legislation that allowed for discrimination on the basis of gender identity or sexual orientation in municipal offices, so things are on the upswing in the great state of Kansas. Maybe it’s time to celebrate with a night at the Boomerang. —AEM 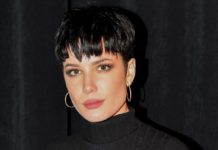 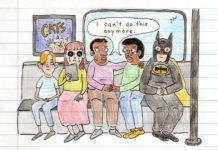 Dating Material: You Might Want to Sit Down for This 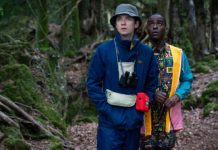 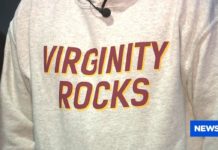 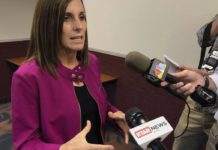 Martha McSally not sorry for Manu Raju insult: 'I'm a fighter pilot. I called it like it is' 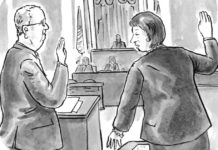 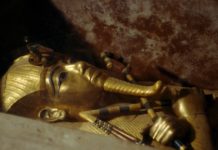 Spoiler Alert: There Will Be No Impartial Justice in Donald Trump’s Impeachment Trial