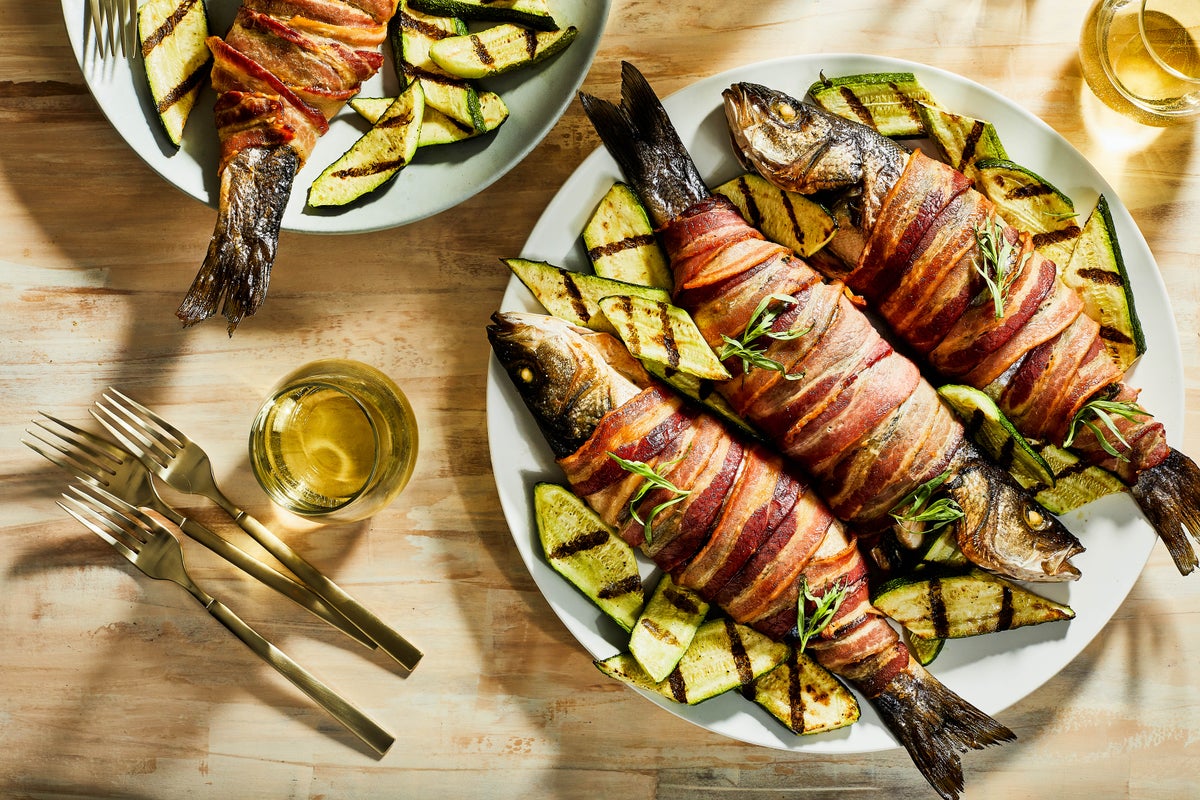 If I write about cooking fish, I almost always get a comment about how smelly it is. If I suggest moving the cooking outside to the grill, I hear from friends with sad tales of losing fillets to the white-hot coals or winding up with overcooked, dried-out food.

The beauty of this technique for cooking whole fish is its simplicity. The head-on, tail-on, cleaned fish are rubbed with a bit of olive oil, lightly seasoned with salt and pepper, and stuffed with sprigs of fresh herbs. Then they are wrapped in strips of thin, centre-cut (this is important, so more on this later) bacon, placed on a grill over indirect heat (see notes below for more details), covered, and grilled until the bacon crisps, about 15 to 20 minutes. No flipping required.

The resulting fish is moist with a scrumptious, smoky flavour. We have done this several times at my house now. The last time, we ate two of the fish hot off the grill. Then we deboned the rest and ate the smoky fish cold the next night on a makeshift dinner board with the bacon, rough chopped, next to crackers, hummus, grape tomatoes and olives. It was delicious that way, too.

I agree with Karmel, who said: “It’s crazy simple… the taste is elevated and complex, but it’s so easy to execute. It’s almost not like cooking. It’s like a craft project, and it is beautiful on the plate, too.”

Karmel does have a few tips. First, she warns that this is not the time for that thick-cut, artisanal bacon. “I buy centre-cut,” she said. The thinner bacon needs to sit out for about 20 minutes until it loses its chill. That way it will wrap easily around the fish and require no messy toothpicks to keep it in place. Centre-cut is important because it is leaner. Bacon that is too fatty will shrink as it cooks, leaving your fish naked in spots.

Karmel introduced me to the wrapping technique late last summer when I talked with her about tips for grilling fish. She’s a big proponent of putting things between the delicate creatures and the grill. She recommends the bacon-wrap method to first-time or anxious fish grillers.

“Everything I do is problem-solution based,” she said. “One of the biggest problems people have when they are grilling fish is that it sticks. If you use the fish basket, then it sticks to the fish basket. So obviously, a barrier between the grate and the fish will eliminate that stickage.”

She might slip a salmon fillet atop chevroned layers of lemon slices or onto a well-soaked cedar plank. Unlike foil or other barriers, bacon, citrus and cedar also add flavour, she said. (If you do put your fish directly on the grill, Karmel is adamant that you oil the fish, not the grate. Do not argue!)

For flavour, she likes trout stuffed with fresh tarragon but encourages people to use any herbs they like, such as coriander, or maybe try sliced garlic and/or thin lemon wedges.

If you can’t find trout, she recommends snapper or sea bass, and adds that keeping the head and tail on results in more flavour and helps keep the fish in one piece as it cooks.

“Any small whole fish would work with this method,” she said. “It’s going to take 15 to 20 minutes for the bacon to cook, so anywhere between 340g to 680g should be OK. With the skin and whole herbs and bacon, it is very hard to overcook it because there’s so much moisture.”

Karmel urges grillers to wait until the bacon is nice and crisp before removing the fish.

If you are using a charcoal grill, it might take a bit longer for the bacon to get there, but it will, she said.

We also tested the technique in a hot, hot oven, too, and found that, in a conventional oven, the fish got too oily before the bacon crisped. The technique worked better in a convection oven, but you have to flip the fish halfway through. Also, we found it best to quickly run it under the broiler right at the end to crisp up the bacon. So, for me, it’s back to the grill.

If you’re cooking four small, whole fish like this, you probably also have room to add vegetables to the grill. We found sliced quick-cooking courgette to be a great complement to this dish.

If you have trepidation about grilling whole fish, try this recipe. The fish is seasoned simply with olive oil, salt and pepper, and stuffed with fresh herbs. It is then wrapped in centre-cut, hickory-smoked bacon. The bacon serves two purposes: it adds flavour, but it also prevents the fish from sticking to the grates. Keeping the head and tail on the fish while it grills results in more flavour and helps keep the fish intact during the cooking time, Karmel says. Karmel likes to make this dish with trout, but other small, white-fleshed fish, such as snapper or sea bass work well, too.

One tip: This is not the time for thick artisanal bacon. Use thin, centre-cut bacon, which has less fat and so will not shrink as much when cooked. Make sure the strips are at room temperature, so they will easily wrap around the fish and stay in place.

Make ahead: The fish can be oiled, seasoned with pepper, stuffed with herbs, wrapped in bacon and then tightly wrapped and refrigerated up to 1 day before grilling. Do not season with salt if preparing in advance because this will cause the fish to dry out.

Storage notes: Refrigerate for up to 2 days.

Total time: 30 minutes, plus 15 to 45 mins for setting up gas or charcoal grill, respectively

4 whole trout or sea bass (about 450g each), gutted and cleaned (see notes below)

4 to 8 sprigs fresh tarragon, plus more for serving

Pat the trout dry. Brush each trout inside and out with olive oil and lightly season with salt and pepper. Divide the tarragon into four equal amounts and place them inside the fish.

Starting with the head of one fish, just behind the eye, begin to wrap the bacon around the circumference of the fish, slightly overlapping each layer to cover the fish skin. Each fish should take about 3 pieces of bacon to wrap; more if your fish is larger. Stop wrapping when you reach the last inch of the tail. Repeat with the remaining fish.

Wash, trim and halve the courgette lengthwise. Slice each half lengthwise again, into ½cm thick pieces, then cut each piece in half, for easy handling. Place on a plate or platter, brush with oil and lightly season with salt and pepper.

Place the fish in the centre of the cooking grate over indirect heat and arrange the courgette slices around the fish. Cover and grill for 10 minutes. Transfer the courgette to a platter and cover it to keep it warm (or, if you want the courgette very soft, flip it and continue cooking). If necessary, rotate the fish (see notes), and continue to cook for about 10 minutes more, or until the bacon is crisped, the fish flakes and is cooked through.

Transfer the fish to a platter, sprinkle with tarragon leaves, and serve family-style with the courgette.

If your fish are larger than 450g, they may need to cook for a bit longer and you may need an additional strip of bacon or two.

It is best to put the fish in the centre of the grates, so it has even heat on the left and right, and air can move evenly around the food, like a convection oven. If the size or configuration of your grill makes that impossible, you may find that the fish is browning too much on one side after the first 10 minutes. If so, move and rotate the fish so the cooler side is near the heat source (hotter coals). It is not necessary to flip the fish, but you can if you like.

To prep your gas grill for indirect-heat grilling: cover and preheat with all burners on high. When ready to cook, if using a three-burner grill, turn the middle burner off and reduce the heat on the other burners to medium-high. Many two-burner grills are set up for indirect heat, so you can simply place the food in the centre of the cooking grate. Heat one burner to medium-high and leave the other one off. The temperature of the grill should be about 200C.

If using a charcoal grill, fill two chimney starters with charcoal, light them, and when the coals are ashed over, arrange them on either side of the pan, leaving an empty spot in the middle. If your grill is too small to allow for an empty spot, push the coals to one side, leaving the other side empty. Replace the cooking grate, and set an oven or grill thermometer on top. Cover the grill. You are aiming for a temperature of between 200-230C.

If using a convection oven: we prefer this fish grilled so you get the smoky flavour, but it can be made in an oven with a convection setting. Line a large, rimmed baking tray with parchment. Place the bacon-wrapped fish on a rack set on the baking tray. Preheat the oven to 200C on the convection setting. Roast the fish for 10 minutes, then flip it over and roast for another 10 minutes. If the bacon is not quite crisp enough, turn on the grill, raise the rack 10-15cm from the grill and grill the fish for about 2 minutes on one or both sides, watching carefully so that it does not burn.

This analysis is an estimate based on available ingredients and this preparation. It should not substitute for a dietitian’s or nutritionist’s advice. 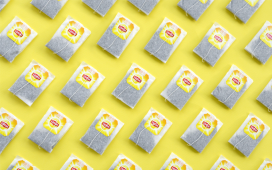 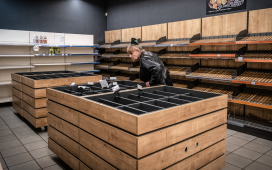 The World Is Going Hungry. Rich Countries Could Help Stop That. 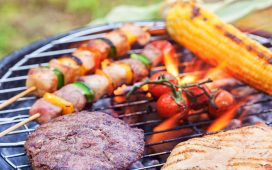 The number of BBQ food items you are likely to consume over a lifetime, according to study 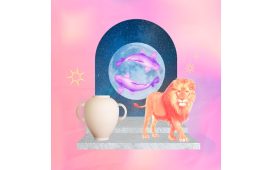 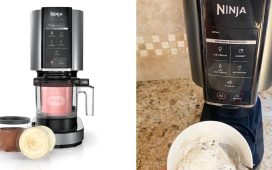 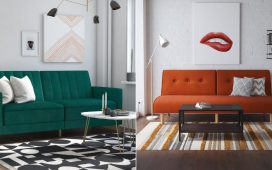 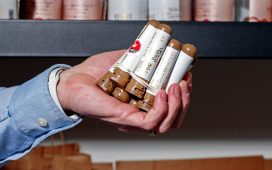 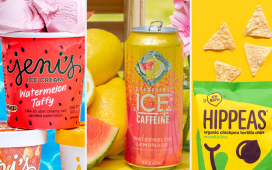 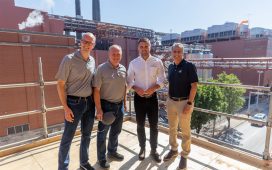