A federal judge has issued a ruling that has partially blocked a first-of-its-kind Alabama law that criminalizes the provision of gender-affirming healthcare for trans youth, just shy of a week after the legislation went into effect.

The so-called “Alabama Vulnerable Child Compassion and Protection Act” is the first law ever to make the provision of trans health care for youth a felony, subjecting providers to up to 10 years in prison. U.S. District Court Judge Liles C. Burke granted a partial enjoinment for the duration of court proceedings in a decision issued late Friday night, finding that the part of the law that applies to puberty blockers and hormones was likely unconstitutional.

In a 32-page decision, Burke acknowledged that the Alabama ban is unprecedented in its scope, and stated that the plaintiffs were likely to succeed in claiming that the act violates due process, discriminates on the basis of sex, and that the plaintiffs would suffer irreparable harm unless the law is blocked. Burke, who was appointed by Donald Trump, also poked holes in some of the most common arguments against transition-related healthcare for youth, including the false notion that such care is “experimental.”

“While Defendants offer some evidence that transitioning medications pose certain risks, the uncontradicted record evidence is that at least twenty-two major medical associations in the United States endorse transitioning medications as well-established, evidence-based treatments for gender dysphoria in minors,” Burke wrote. “Certainly, the science is quickly evolving and will likely continue to do so. But this is true of almost every medical treatment regimen. Risk alone does not make a medication experimental.”

Burke also pointed out that medical providers have used “transitioning medications” to treat conditions other than gender dysphoria for decades, citing the example of central precocious puberty, in which a child enters puberty prematurely, as well as the provision of hormone therapy for intersex people — though it should be noted that intersex people are often coerced into such treatments.

“Parents, pediatricians, and psychologists — not the State or this Court — are best qualified to determine whether transitioning medications are in a child’s best interest on a case-by-case basis,” Burke wrote. “Defendants’ proffered purposes — which amount to speculative, future concerns about the health and safety of unidentified children — are not genuinely compelling justifications based on the record evidence.”

Burke’s ruling was only partial though, leaving a few key statutes untouched — namely, the criminalization of surgery for minors, as well as two “mandated reporter” statutes that would force school officials to out children to their parents if they find out that one of their students is trans or questioning their gender.

Still, advocates celebrated the ruling as a temporary victory, with plaintiff Megan Poe, the mother of a 15-year-old trans kid, calling the decision a “tremendous relief.”

“Like any parent my biggest daily concern is that my child is healthy, happy and safe,” Poe said in a press release from GLBTQ Legal Advocates & Defenders. “ It is a tremendous relief to know that my daughter will be able to continue receiving the support and care she needs and that has allowed her to become the confident, engaged teenager she is.”

James Zoe, another plaintiff and parent to a 13-year-old trans kid, similarly referred to the ruling as a relief. Zoe went on to say, “Alabama is our home and we hope this cruel law will not be allowed to force us from it. We are fighting for our child and will continue fighting so that he and all transgender youth in Alabama remain able to receive appropriate medical care.” 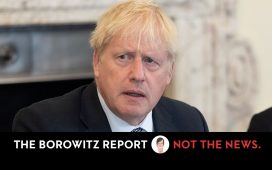 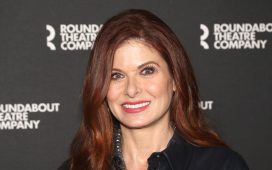 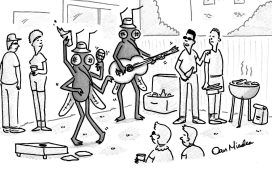