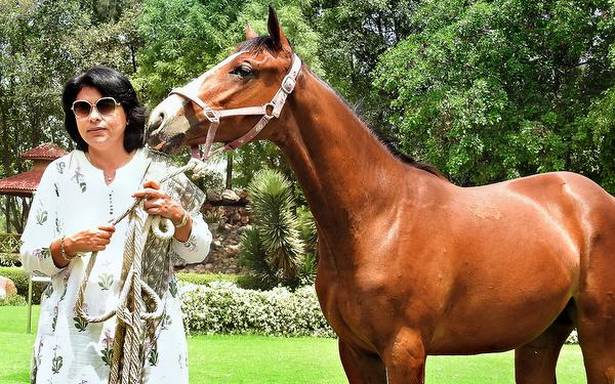 At the ongoing Asian Racing Conference 2020 in Cape Town today, there will be a meeting with a special focus on India. Albeit on the sidelines, and on the eve of a larger panels titled “Promoting the international movement of horses” and “Major developments and current strategies in the Asian region”, securing this meeting at the 38th edition has been a win for the Indian horse-breeding and racing community.

Spearheading this effort is Ameeta Mehra, owner of Usha Stud Farms near Gurugram. Mehra, who took over the farm in her early 30s following her parents’ untimely death in a tragic accident in 2001, has kept the enterprise’s successes going. According to the Stud Book Authority of India, in the year 2013-2014, Usha Stud Farm topped the country in terms of prize money that the horses from her farm raked in. The horses have registered 27 wins across multiple races across India, in barely the first two months of 2020 alone.

Despite these figures, the industry has been seeing a slow decline for close to two decades now — and it is this push to sell and race horses from Indian farms in the international market, that can be a positive solution.

For years, horse breeding and racing has been seen as an elite pursuit with windfall gains. However, various industry-wide issues, coupled with no designated government department to take up their concerns, had affected it adversely.

The formation of a Ministry of Fisheries, Animal Husbandry, and Dairying in 2019 (separate from being just a department under the larger Ministry of Agriculture and Farmers Welfare), gave some sense of relief to stud farm owners in that they had a dedicated place to where they could address their problems.

But, Mehra notes, the effect of the new Goods and Services Tax, which was announced two years before this only compounded their problems.

“As an industry, we hadn’t been too proactive in tackling problems, but when the new GST regime came into effect in 2017, horse racing was given a body blow,” she says.

However, there is a glimmer of hope: the recent Union Budget gave a tax break to importing of racehorses for the year 2020-21. The customs duty, which earlier stood as high as 30% is now at zero.

“This has given a fillip to the breeding industry,” Mehra says, distinguishing it from the racing industry. Imported horses after all, are not allowed to participate in races in India.

Capitalising on all these developments therefore, the idea to have India-bred horses participate in races abroad — “especially the ones in Korea, Macau, Singapore, Mauritius, Bahrain, and Saudi Arabia — might offer some monetary reprieve to the industry at large.

Accompanying Mehra to the meeting that will happen on February 20th, are veterinarians, the heads of leading race clubs in India, including Dr. Surender Reddy of the Hyderabad Race Club. Dr. Praveen Malik, the Animal Husbandry Commissioner has also confirmed his participation via video conference.

Getting all heads together too has been a steady process. Earlier in December in the lead up to the Conference, Mehra brought together various prominent leaders of the horse breeding and racing industry, ranging from Dr. C. V. Niranjan, Chairman of the Veterinary Commission; Satish Iyer, Keeper and Registrar of the Indian Stud Book; Dr. Hasneyn Mirza, a veterinarian specialising in horses, as well as representatives from prominent stud farms like Poonawalla, Kunigal, Mukteshwar, and Sohna. This was organised in order to get everyone to participate and put their weight behind their common end-goal, which was to find ways to race their horses abroad.

The result of the December meeting is a compiled dossier detailing the best health practices of Indian stud farms. This was made based on a report by the World Organisation for Animal Health’s Guidelines on the Establishment, Management, and Self-Declaration to the OIE of an Equine Disease Free Zone.

In the same December meeting, representatives from the Department of Animal Husbandry also agreed to send a written letter to the European Union, showing the government’s interest in supporting stud farm owners to send their horses abroad.

“I was told that [the various countries] probably want to listen to the Government’s side, about how we plan the export of thoroughbreds to the European Union. For example, [it’s required that] the horses [inhabit] specific physical zones [Equine Disease Free Zone] that are free from some diseases [like glanders],” notes Dr. Malik.

He adds that he will make a case for their readiness for “whatever is possible in terms of health, surveillance, and tracking”.

The result of these efforts, will be put to test on the Thursday evening in Cape Town. Until then, it is notable that after decades of heading towards a lull, stud-farms, even those that were earlier excessively competitive against one another, are coming together to forge a new future for themselves. 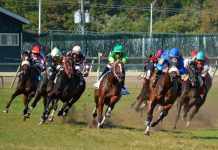