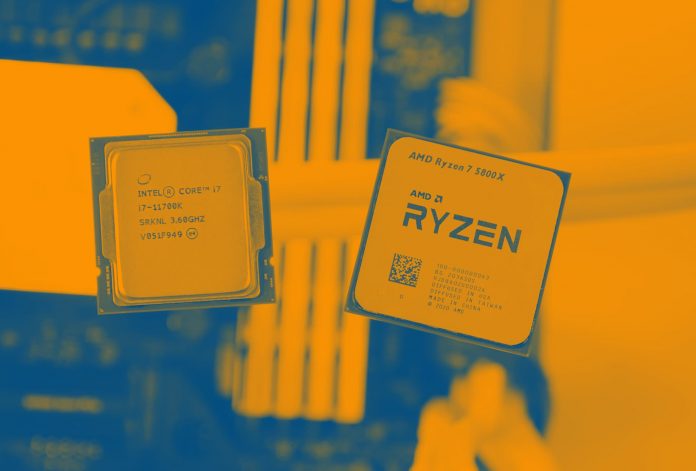 The idea of the original comparison review was to see how latest and greatest AMD and Intel 8-core/16-thread processors do against each other and where each company stands in terms of gaming performance. That’s not to say we’re recommending you race out and buy either of those CPUs right now. In fact, in our recent update to the Top 5 Best CPUs we chose the Core i7-10700 series as the best value choice for gamers on a budget.

We’ll discuss value and pricing in better detail towards the end of this review, after we’ve seen how each CPU performs against the others. For testing we’ve used G.Skill’s 32GB TridentZ Neo DDR4-3800 CL14 memory and for the Radeon 6900 XT.

For the AM4 platform we’ve the tested using the MSI X570 Unify and for the LGA1200 platform the Gigabyte Z590 Aorus Master running the latest BIOS on both counts, and of course, the latest display drivers and Windows 10 version available.

Certainly not a big difference and as expected they are reduced further when increasing the resolution. The 11700K is just 3% faster at 1440p, while the 5800X was 6% faster.

Then for those playing at 4K it really doesn’t matter which of these CPUs you use, the experience is going to be identical.

Moving on to Watch Dogs: Legion we find a similar situation where the 10700K is slightly slower than the 11700K, and therefore also trails the 5800X. The margins are small though, the 5800X was 7% faster at 1080p for example and 6% faster at 1440p, though interestingly maintained a 5% margin at 4K, though we’re talking about just a 3% difference there.

Metro Exodus Enhanced plays just as well using any of these CPUs, so here we’re in no way CPU limited with these 8-core/16-thread processors. Using any of these architectures you’d likely have to drop down to 4c/8t to see a decrease in performance, though at this point there are no quad-core Cypress Cove or Zen 3 processors.

Next up we have Microsoft Flight Simulator 2020 and previously we found the Ryzen 7 5800X and Core i7-11700K to be very evenly matched using the Radeon RX 6900 XT in the section of the game we test, which is the landing challenge at Sydney airport in Australia.

Testing with the 10700K reveals very similar performance under these test conditions. In fact, the 10th-gen CPU was 4% faster at 1080p when compared to the newer AMD and Intel models, and 2% faster at 1440p. We’re talking about slim margins, so overall the experience should be much the same using any of these processors.

Once again we find that it doesn’t matter which one of these 8-core processors you use for gaming, performance is going to be much the same, though of course the reason we’re retesting is because the 10700K/10700F can be had for less.

The Star Wars Jedi: Fallen Order results are interesting and a bit odd because the 10700K is up to 7% faster than the 11700K and 5800X at 1440p. Even more odd, while the average frame rate is 7% greater, the 1% low drops by 7%, potentially resulting in less consistent performance, though we should note, no noticeable differences were seen.

The 11700K and 10700K deliver virtually identical performance in Death Stranding and that means the 5800X is ~8% faster at 1080p and 7% faster at 1440p. That’s a reasonable advantage for the Ryzen 7 processor, though frame rates were already excessively high, even at 1440p.

Resident Evil Village results are a lot like what we just saw in Death Stranding, and that’s to say the 5800X delivers a performance advantage at 1080p where it was up to 12% faster. That margin was reduced to nearly nothing at 1440p, though the 1% low performance was still a tad better.

Before we had found that Ryzen performs particularly well in Rainbow Six Siege and in this case even the older 10th-gen series beats its newer generation. The 10700K is 14% faster than the 11700K at 1080p and that meant the older 10th-gen part was just 3% slower than the 5800X. Then we see that margin entirely eliminated at 1440p and 4K.

We test War Thunder using the Tank Battle CPU benchmark and for some reason the Intel CPUs create a strong bottleneck in this test, resulting in almost the same performance seen across all three tested resolutions. This meant the 5800X was up to 25% faster than the 10700K, not a margin you’d normally expect to see.

The Intel CPUs also lagged behind in World War Z, at least relative to the 5800X, which was up to 27% faster than the 10700K. The margin was reduced at 1440p and then neutralized at 4K, but still when CPU limited AMD is much faster for this title.

That means for 75% of the games tested, the margins were meaningless as both CPUs enabled the same gaming experience. That does leave 8 games where the AMD processor did offer significant performance gains, though you’d need to evaluate each title individually as in some instances we’re talking about hundreds of fps in a single player title, like World War Z, for example.

Keep in mind that those margins were seen at 1080p using a Radeon RX 6900 XT. For those gaming at 1440p the margins in most of these games shrink, with World War Z and War Thunder being the only real exceptions. Overall, the Ryzen 7 5800X is just 3% faster on average, so for the vast majority of games you’ll be looking at near identical performance.

The margin at 1440p drops to just 3% in favor of the Ryzen processor. Yet again the only outliers here are World War Z and War Thunder.

There were 10 games where performance was identical, and then another 8 games where the margin was 2% or less. For more than half the games tested we found basically no performance difference at 1440p with a high-end GPU.

Now for those of you wondering how the new 11700K stacks up against the old 10700K, it looks like this. There are a few decent wins for either chip but put them all together and the difference is about 1% in favor of the 11700K.

At 1440p we find that it’s a tie, the 11700K was up to 6% faster but also up to 7% slower, so again across the 32 game sample we find that they’re exactly the same. The newer 11th-gen architecture improves performance in some areas, while the increased latency hurts performance in other areas.

Which CPU is Better?

When we compared the Core i7-11700K and Ryzen 7 5800X before, the point we wanted to drive home was: for gaming it doesn’t matter which processor you use, for the most part the experience is going to be exactly the same. But when going beyond frames per second, there was a clear winner in the 5800X. The big wins for AMD includes better power efficiency and a superior platform that’s supported by a better range of affordable motherboards and an upgrade path to 12 and even 16-core processors.

For builders of a tight budget, we’d recommend grabbing a B560 board instead, though as we’ve found recently, that can be a dicey proposition in itself. That said, after extensive testing we’ve found the Asus TUF Gaming B560M-Plus to be a decent motherboard that’ll allow you get the most out of a part like the Core i7-10700K without having to remove any power limits, it’s full steam ahead out of the box.

That makes the 10700K/B560 combo ~10% cheaper, or more if you go for the 10700F. If all you care about is gaming FPS performance, then it’s easy to justify going with Intel. But if you place a lot of value in future upgrades, like the ability to jump up 16 cores on the same motherboard, then it might be worth spending the extra $60 or so on the 5800X/B550 combo.

It’s worth noting that the Ryzen 5 5600X will deliver the same level of gaming performance in all the games available today, so at $300 it might be a better alternative to the 10700 series as you still get that excellent power efficiency and upgrade path.

Then, of course, when going down that path you could opt for the significantly cheaper $170 Core i5-10400. Sure, it’s a bit slower than the 5600X, but it’s also almost half the price and will deliver maximum performance on any B560 motherboard, though entry-level boards might limit your future upgrade options.

Ultimately, there’s no one best option for all gamers, as it will depend on your preferences and priorities, for example: how much CPU performance do you actually need, when and what you’re likely to upgrade to in the future, and most importantly, what’s your budget? Pricing can also vary from region to region, we always rely on US pricing given it translates to most other markets well, and of course, most of our readers are based in the US.

But if the 10700K and 5800X are priced closer in your region, then the Ryzen option would be the more obvious choice, and if pricing goes in the other direction then it would be easier to justify the savings by going with Intel. Of course, don’t forget to factor in the cost of the motherboard as that can make or break the deal.

Personally, my favorite combo right now would be the Core i7-10700F at just $270, which out of the box will deliver virtually identical performance to the 10700K, so all the results shown here are applicable to the more affordable F variant. 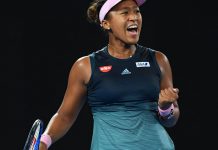 Why Naomi Osaka dropped out of Wimbledon: What you need to know – CNET

Tom Hanks ruined my life! – podcasts of the week 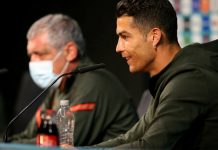 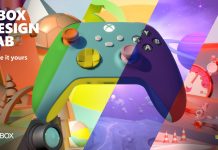 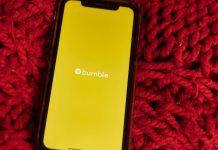 Bumble survey: Skipping the COVID-19 shot could cost you a date – CNET 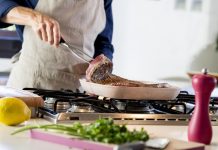 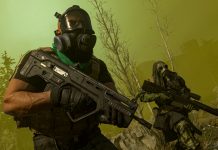 Call of Duty: Warzone devs are the first to figure out how to make a PS4 game run at 120fps on PS5 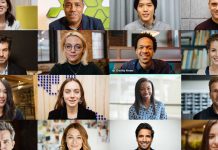 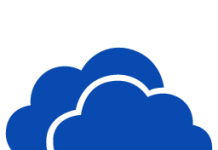 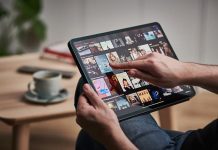 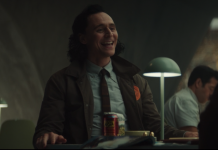